In a $400 million deal, Polygon had purchased Mir 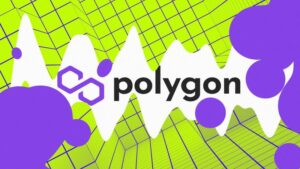 Mir’s technique generates recursive zero-knowledge proofs, which “enable numerous Ethereum transactions to be confirmed with a single little proof,” according to a news statement. Mir will supposedly become one of the quickest and most efficient layer 2 alternatives as a result of this.

Zero-knowledge proofs are a type of encryption that enables the verification of information, such as a blockchain transaction, without revealing the particular specifics of that information.

In a statement, Bjelic added, “The industry is still in an early stage when it comes to scalability and blockchain infrastructure in general.” “Performant recursive proof systems have been one of the critical missing components required to construct highly scalable solutions; they simply did not exist until now. Today is the last day”.

The transaction was completed with 250 million MATIC tokens for $1.60; MATIC has since climbed to $2.18. According to the carefully followed total value locked (TVL) statistic, Layer 2s are among the fastest-growing blockchain networks.

To lower transaction costs, a layer 2 blockchain is developed on top of the layer 1 Ethereum platform. Arbitrum, which employs Optimistic rollup scaling technology, has broken into the top ten in TVL with a valuation of $2.23 billion. The purchase is part of a growing pattern for Polygon. Polygon agreed to a $250 million token swap with Hermez Network, another zero-knowledge scaling option, in August.

Polygon will become a versatile scaling solution for Ethereum as a result of the acquisitions, reversing its previous positioning as an Ethereum competitor. Polygon is also rumored to be considering more purchases, including a gaming studio and non-fungible token (NFT) properties.

Also read: The metaverse will host most of your office meetings within two or three years, says Bill Gates