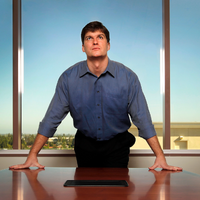 Michael Burry has raised the recession alarm, warning that there is no way to prevent the US economy from contracting and that it would likely endure for several years.

“What strategy will pull us out of this real recession?” he said in a now-deleted tweet on Tuesday. “What forces could pull us so? There are none. So we are really looking at an extended multi-year recession.”

The investor from “The Big Short” seems to be arguing that there aren’t many viable options for the Federal Reserve and the US government to support growth. He has previously charged that policymakers flooded the economy with cash during the pandemic, fueling inflation, and warned that this would make it harder and more expensive to stimulate growth in the future, especially if doing so would lead to price increases.

For a time now, Burry has been calling for a recession. He remarked in June that Americans are borrowing more. Moreover, they save less as a result of rising prices and interest rates. In addition, they will almost certainly deplete their savings by Christmas. According to him, these tendencies pose a threat to consumer spending, corporate earnings, and the economy overall.

The founder of Scion Asset Management also mentioned in his most recent tweet that other analysts are predicting a light, brief recession rather than a severe, protracted one.

“Who is predicting this?” he said. “There are none.”

At least one expert challenged Burry’s claim that he’s the only one preparing for a protracted downturn.

NYU Stern economist Nouriel Roubini tweeted to Burry on Wednesday. He said, “Some of us have been predicting a long and severe recession and made a detailed case for why we are headed towards a Great Stagflationary Debt Crisis.”

Burry shot to fame after the book and movie “The Big Short” immortalized his $1 billion wager against the mid-2000s housing bubble. He’s also notorious for betting against Elon Musk’s Tesla and Cathie Wood’s Ark Innovation fund last year and making terrible predictions about market bubbles and crashes. He also invested in GameStop before it became a meme stock.