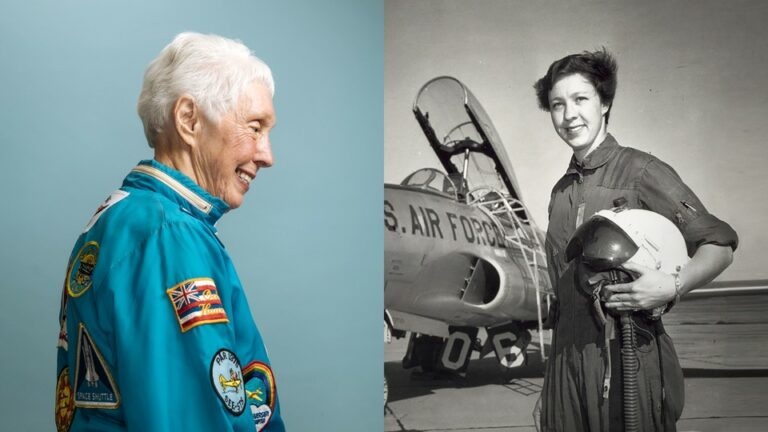 Jeff Bezos, the founder of Amazon is flying to space on his Blue Origin’s first crewed New Shepard flight on July 20th which is also the 52nd anniversary of the renowned Apollo 11 moon landing. New Shepard’s flight is supposed to be sub-orbital, designed for a straight up and down trip where the passengers would feel microgravity, complete weightlessness for a couple of minutes, experiencing space for the first time. Jeff Bezos is one of the richest people on the planet and at this age of his career, he is fulfilling his passion to go to space and that too with his own company.

The passengers that will accompany him to space would be Jeff Bezos’ brother Mark Bezos, one mystery person who has paid USD 28 million at an auction for a seat and one more person who has recently been revealed by Jeff Bezos himself.

Jeff Bezos has reportedly invited an 82-year-old Wally Funk, who underwent rigorous training in the 1960s to go to space. She was a member of the “Mercury 13” Women in Space Program which was then canceled. Thus, despite completing her training to go into space, she hasn’t been able to go up into outer space. The 82-year-old woman, Wally Funk has waited six decades to go into Space and she is finally getting a chance to go with one of the richest people on the planet, Jeff Bezos.

The Amazon founder shared a video on Instagram, telling Wally Funk the good news, and invites her as an ‘honored guest’ on this mission. According to reports, the trip will last a total of 10 minutes and the passengers would stay 4 minutes in microgravity, feeling complete weightlessness. After that, the New Shepard space flight would return using parachutes.

In the 2 minutes video clip that Bezos shared on his social media handle, Wally Funk says, “I didn’t think I’d get to go up”. The 82-year-old astronaut trainee has made history a couple of times in her career, as mentioned in a report by BBC. She is known to serve as the first female air safety investigator for the (NTSB) National Transport Safety Board and the first-ever woman to be an inspector for the Federal Aviation Administration (FAA) in the United States.

Reports also reveal that Wally Funk has also previously bought a ticket on Richard Branson’s Virgin Galactic that is still an unscheduled trip.