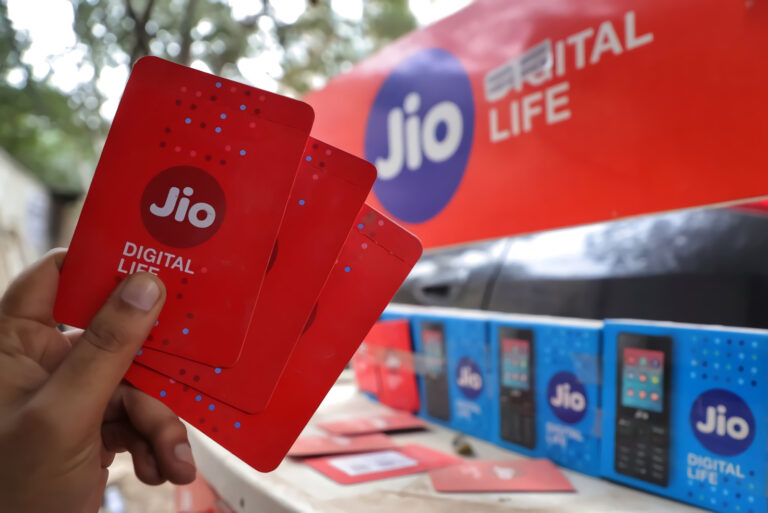 Reliance Jio has successfully completed 5G network coverage planning for the top 1,000 cities in India. During a presentation, a senior company executive stated that the telecom giant is increasing its fiber capacity as well as conducting pilots across multiple sites. It has been conducting trials on advanced use cases within Healthcare and Industrial Automation on its 5G network.

Jio stated that the network will be centered on targeted consumer consumption and revenue, with accurate coverage planning based on Heat maps, 3D maps, and Ray tracing technology to serve high consumption as well as high perception locations. Furthermore, the company stated that it has teamed with WhatsApp to streamline the prepaid recharge experience, providing consumers with unprecedented convenience.

Kiran Thomas, President of Reliance Jio Infocomm, stated that Jio has formed dedicated teams to focus on distinctive solutions for 5G deployment in India, and when the approvals to roll out this network is obtained, the company will be well-positioned to concentrate its rollout where it can make the maximum contribution.

The 5G spectrum auction is planned to take place in the first quarter of the coming financial year. Reliance Jio posted a net addition of 1.02 crore consumers year on year (YoY) at 42.1 crores for the third quarter ending December 31. The subscriber base, on the other hand, decreased from quarter to quarter. It had 421 million subscribers at the end of the quarter. This was a drop of 8.4 million, although the gross increase remained very healthy at 34.6 million. And the decline was primarily due to SIM consolidation including some of the less active users, who are now looking at combining uses in a single SIM because of tariff hikes among other factors.

Jio’s average revenue per user (ARPU) climbed by 8.4 percent year on year to Rs 151.6 after adjusting for interconnection use charges (IUC) it had to pay to other carriers. However, on a reported number basis, the ARPU stayed nearly constant. The IUC fees will be scrapped from January 1, 2021. Jio Platforms increased its net profit by 8.8 percent to Rs 3,795 crore in the third quarter. It generated a net profit of Rs 3,486 crore in the same period the previous year.