JRPG Game Astria Ascending Will Be Released On September 30th 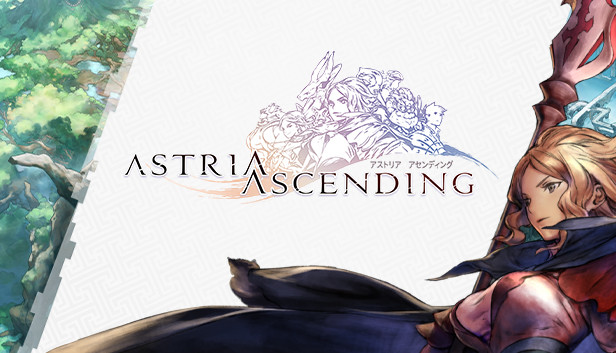 Artisan Studios have announced that their upcoming JRPG game Astria Ascending will be released on 30 September on the PlayStation 4/5, Xbox Series X / S, Nintendo Switch, Xbox One, PC, Steam, and Epic Game Store. Astria Ascendant is a hand-drawn adventure developed with the skill and passion of the Final Fantasy Nier: Automata team. Astria Ascendant will be available in Japanese and English, it consists of animated and fully hand-drawn 2D worlds with dynamic weather systems. Developed in partnership with Dear Villagers, the game features contributions by top-notch JRPG developers with a score by Hitoshi Sakimoto, a story by Kazushige Nojima, and artwork by Cydesignation.

Players take control of a mob of 8 demigods armed with responsibility for the fate of the world in Astria Ascending. Austria Ascending will a classic JRPG with a comprehensive story of destiny, sacrifice, and a new beginning providing an epic adventure with charm. Artisan Studios today unveiled a new character trailer for their game at Nintendo Direct. The trailer, which was unveiled at the event, showed some moves, and it also showed some of the playable characters we can expect.

Different races and ages will be represented, with the youngest character being 13 and the oldest 63 years old. Not many details of the story have been revealed, but we know that each character was appointed by an unknown person to protect the world. Each character will have its own story, exploring five cities, 25 dungeons, 30 hours of gameplay, and 50 hours of players that are 100 percent complete.

In the beginning, users have access to eight different characters, each of which has its own written story, its own abilities, and the corresponding 20 classes. Each character has its own story, exploring five cities (twenty-five dungeons) and thirty hours of gameplay (or up to fifty for a 100% completion). The gameplay will be based on a story along with very finely-tuned turn-based combat, players will also be able to try a number of side quests, and minigames including an original fantasy token game.

Astria Ascending has a striking visual style for the Nintendo Switch, PlayStation 4/5, Xbox Series X / S, and PC. The Nintendo Direct at E3 2021 gave us all sorts of announcements across a wide range of game genres. Austria Ascending was unveiled on 15 June 2021, at Nintendo E3.

The trailer reveals that Players will work together to save the world by fighting strategic turn-based battles using an innovative focus-point system. In this epic story of fighting for the future, you have to reckon with sacrifices from the past that must be abandoned. The game includes themes of destiny, sacrifice, and a cast full of demigods. Epic Tales – Fight for the future while counting on the past, sacrificing everything, not giving up. If you are a fan of Monster Hunter: Rise of the Switch, you should watch this game, but it should be noted that the fight is slightly different. Publisher Dear Villager and developer Artisan have announced that the game Astria: Ascending will be released on September 30, 2021. It will be available for PC, PlayStation 4, PlayStation 5, Xbox One, Xbox Series X / S, Nintendo Switch, and Xbox 360.