SEOUL, South Korea, March 8, 2021 / — Korean startup Real Water has come up with a unique solution to filter out microplastics from bottled water to reduce synthetic polymer contamination, a major health concern bothering experts since 2019 when it was first researched.

A study done by the State University of New York in 2018 found that tiny pieces of plastics exist in more than 90% of the samples collected from the world’s most popular bottled water brands. Real Water’s simple yet unique design of a water bottle cap that fits on almost all plastic bottles can save millions of people from health issues arising from this contamination.

After the results of the study were made public, the World Health Organization (WHO) sought a review of the potential risks arising from plastic particles in drinking water. The study revealed that, on average, a person can consume 2,000 microplastics amounting to around 5 grams of plastic in a week.

Real Water’s uniquely designed lid is capable of filtering up to 0.005mm of fine plastic particles and can save people from consuming microplastics, which is being pitted as the next big health hazard.

Real Water was started by Kwon Hyeok Jae, who developed the product with the goal to help make drinking water safe for human consumption. Kwon and his team came out with the final product after 10 months of intense research. The team studied microscopic plastics’ size, investigated available filters in the market, studied the characteristics, pore sizes, and principles of each filter before finally introducing the Real Water filter cap.

“It took us more than 10 months to develop the product. I kept repeating the experiments by changing the shape and size of the filter frame. I designed the prototype after numerous trial and error, using a 3D printer. Eventually, I had to find a factory for mass production of this product,” said Kwon Hyeok Jae.

Real Water’s filter cap can filter around 120 litres of water. If, on average, a person drinks two litres of water a day, the cap will last for two months. However, it should be cleaned by rinsing it under running water for achieving better life of the product and stored in a dry place when not in use. The company will also provide a case for storing the filter.

The company released its first product in June 2020 and received good reviews. Real Water also launched its crowdfunding in the same month for mass production and received funding. 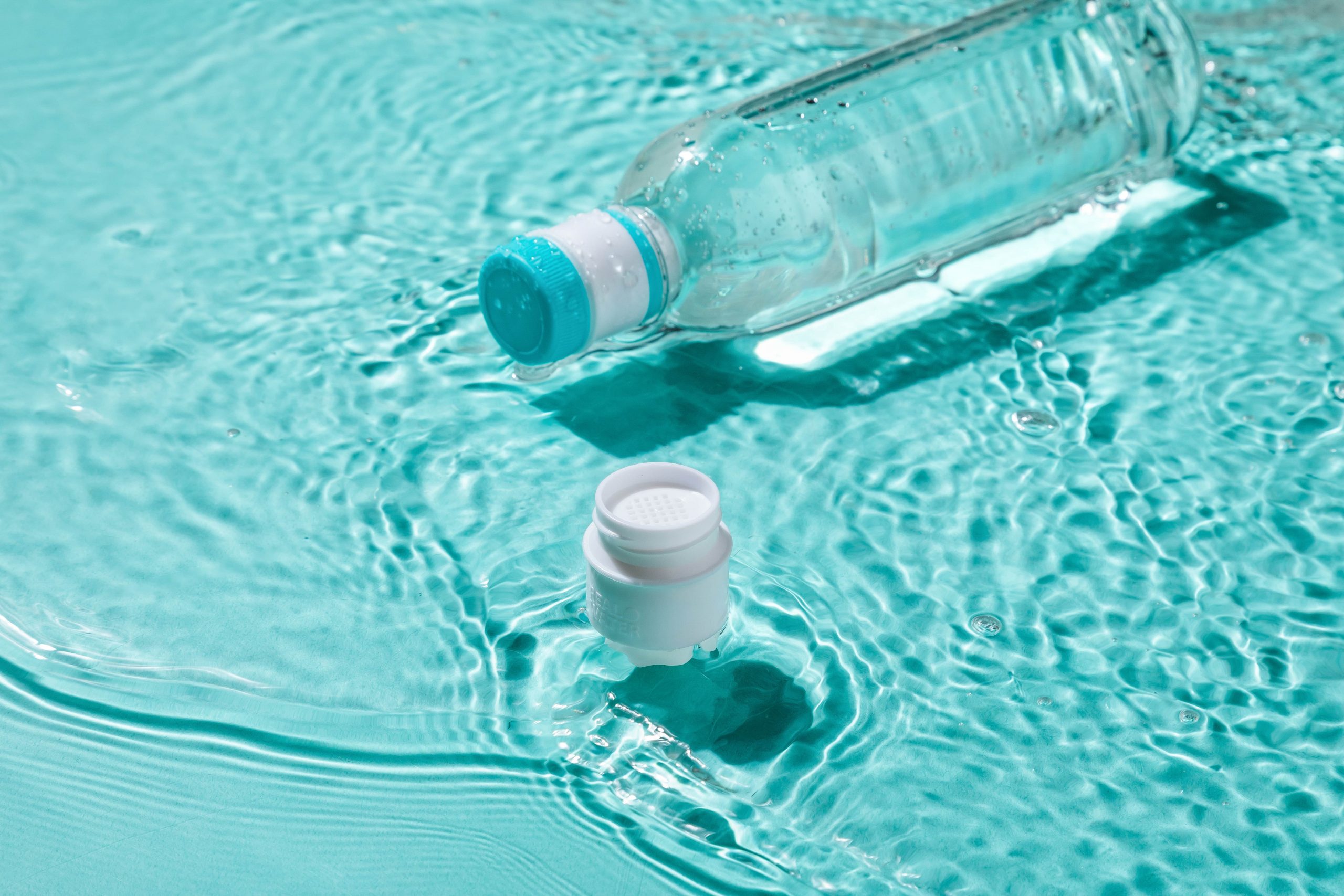 Real Water’s product has received the ‘Hazardous Substances Non-Detection Certification’ after undergoing the Korea Testing and Research Institute’s test. Also, it has been confirmed as ‘Bisphenol A non-detection’ as a result of the Korea Institute of Construction Living Environment Test and received ‘BPA FREE’ certification.

After its successful launch facilitated by a crowdfunding drive, Real Water got several customer inquiries from the overseas market as well. The startup is currently preparing to export its unique bottle cap filters to Japan and Taiwan.

“Our company’s motto is ‘Make water that can be drunk with real peace of mind.’ In addition, the issue of microplastics in bottled water is more serious overseas than in Korea. Some brands abroad have up to 10,000 microplastics per litre of water. As the demand is high, we are preparing to enter the overseas market in earnest,” said Kwon Hyeok Jae.