The Very Latest Apple iPhone News- hot off the press.

Apple is without doubt one of the biggest household names in tech today. While Apple has their fingers in many pies in terms of what they produce, arguably what they are best known for is the iPhone. Whether you love them or hate them, you definitely know about them! The iPhone always seems to be making headlines: whether it’s for its part in the evolution of online games or the drama surrounding the planned obsolescence of certain devices, they certainly stay on our radar. Join us now as we look at the latest news about iPhones coming out of Apple HQ. 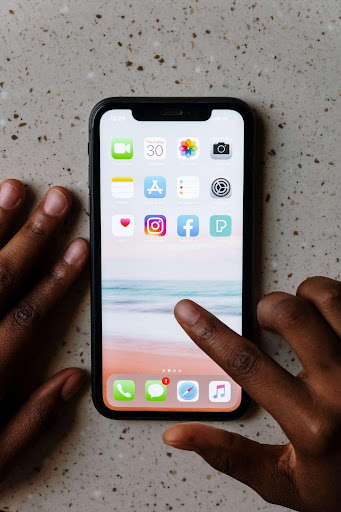 This is one for the budding photographers among us. Yes, once again, Apple has come through with the camera, allowing users to shoot flawless images and videos in low light scenarios and even added their new “cinematic mode” to the mix. The iPhone 13 is not only functional but also aesthetically appealing: it comes in 5 trendy new aluminum colours (red, starlight, midnight, blue and pink). Apple’s senior VP of worldwide marketing, Greg Joswiak, had this to say about the new device. “Our customers rely on iPhone every day, which is why we’ve made the iPhone 13 and iPhone 13 mini more powerful, more capable, and more fun to use. Both phones have beautiful designs, industry-leading performance, and advanced camera systems with impressive computational photography features, all with incredible durability, water-resistance, and a big jump in battery life to ensure that customers can depend on their iPhone when they need it.”

Both of the new iPhones have had a major redesign both in terms of tech and aesthetics: these new models feature an aluminum frame and flat-edge design. They have 6.1 inch and 5.4-inch displays respectively with a ceramic shield on the screen, which makes this screen the toughest of any iPhone ever developed. Both are resistant to common liquids (don’t go testing the phone by dropping into battery acid) and have an IP68 water resistance rating.

September saw not only the release of the 13 and 13 mini but also the 13 Pro and Pro Max. If you thought our previous iPhone had a great camera, look out, cos here come the big boys. The pro camera system already available in all iPhones is stepped up even further in this model: telephoto, wide, and ultra-wide options are now available to shoot with. Advanced low light shooting, new and previously unheard of macro photography capabilities, new Photographic Styles to edit your images with, and night mode available in all camera modes…what’s not to love? Brand new sensors have been added for all 3 cameras which integrate beautifully with the new image signal processor for better noise reduction. Images and videos shot on this device will always come out smooth, even if you’re taken by surprise for a last second shot.

Not only does this device function flawlessly, but its storage has also been increased to a whopping 1TB of space, meaning you never have to worry about that dreaded “storage full” notification ever again.

The iPhone 13 Pro is currently ranked fourth overall in the DxOMARK rankings. This device has scored a total of 137 points in the rear camera reviews and 97 in the front-facing camera reviews. Broken down, the scores look like this: 144 points were scored in photo testing, as well as 76 in zoom testing and a whopping 119 in video testing. The camera is reported to produce vivid colour rendering and even skin tones. 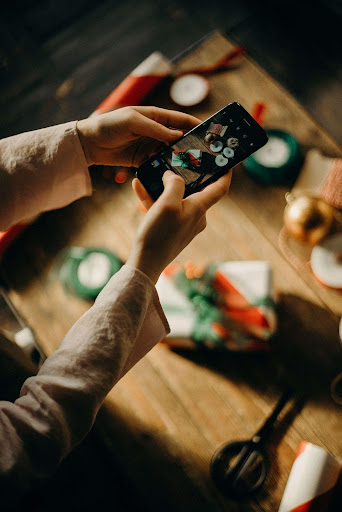 The long-awaited full release of the latest Apple iOS is finally upon us! One of the most exciting features is undoubtedly the enhancements made to FaceTime calls. The spatial audio means that the caller’s voice actually sounds like it is coming from where they are positioned on your screen, in the case of a group chat. The new Voice Isolation microphone mode cuts out any background noise and hones in on just the users voice, meaning that call quality is vastly improved. If you choose the Wide Spectrum mode instead, all the background noises are allowed through; a great way to attend a concert that you aren’t at or watch a movie with a friend, long-distance style.

The new iOS is supported on the following devices:

Of course, nothing is all smooth sailing, and there have been a few bugs reported with the new system already. Airpods are reportedly causing the system to break or crash in some cases. Pairing can be problematic and audio has been said to drop. So far no fixes have been offered up by either Apple or the tech community for this issue. Another music issue: it seems that using Spotify causes a massive battery drain when using the new iOS. The only fix available for this at the moment comes from Spotify and is, thankfully, relatively simple. They advise that you delete and then reinstall the app.

Most of the latest Apple iPhone news certainly seems to be positive for fans of the brand. Dedicated as they are, we know that a few small teething issues here and there will not deter them from the iPhones that they know and love. We hope this list was helpful, see you again soon!