Call Of Duty: Warzone fans may soon get another operator skin from the Attack on Titan, with leaks claiming the giant cannibal may soon join Vanguard and Warzone. Unlike the skins in the Levi bundle, this will be a full-fledged skin that any operator can use. Since Titans only come with their bodies and exposed skins to show off their massive muscles, fans are hoping this skin will be available to more operators and will look better in-game. Long-standing rumors of Warzone and Vanguard Attack on Titan have leaked into the game ahead of its official release. Levi is a Titan-fighting soldier, so it only makes sense that players using the Levi skin have multiple Titans to fight. Luckily, Nanikos’ next leaked skin is the armored Titan skin. 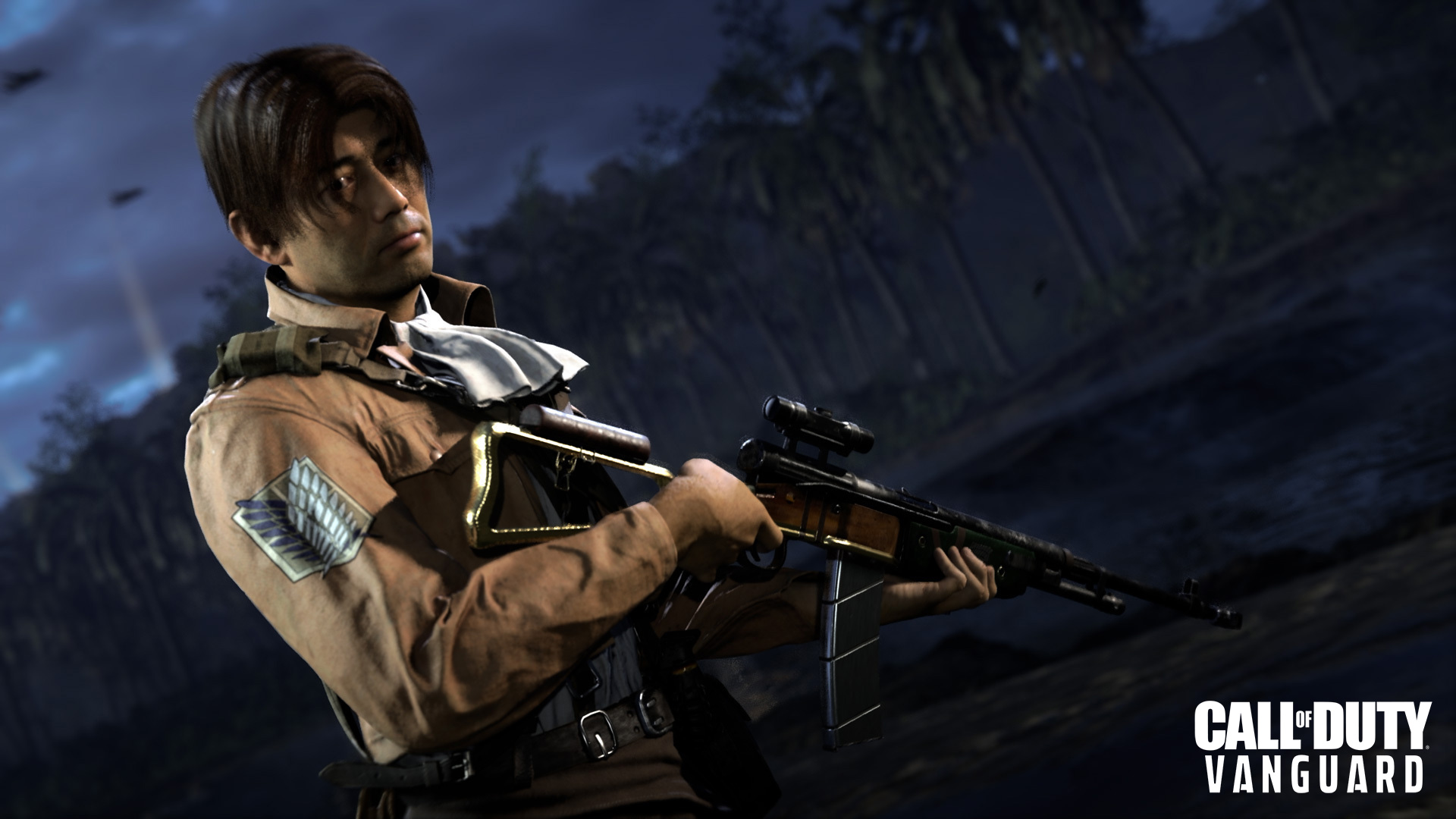 It hasn’t been made official by Activision yet, but Nanikos is a trusted leader in the community, and it would be strange if Call of Duty players only got the skin from an Attack on Titan-sized series crossover. Finally, there’s a chance that a new Attack on Titan skin will be back in Call of Duty Vanguard and Warzone. Levi is a Titan-fighting soldier, so it would make sense for players using the Levy skin to have multiple Titans to fight. The last added set includes a Levi Ackerman skin for Daniel’s operator, two weapon designs, and most importantly, two Impaler Titan swords as melee weapons.

The delay in the second season of Call of Duty Vanguards may have upset some fans, but there is some exciting news. Leaks have become as much a part of Call of Duty as an abnormally large selection of firearms. Whether it’s new weapon skins or operator skins, fans can’t wait to get their hands on them. The first big reveal was the next poster showing off the new weapon.

While it’s great that players are getting extra features beyond Attack on Titan, players are probably hoping for something beyond what they’ve already got. Luckily, we expect the Armored Titans in-game skin to not be 15 meters tall and it is only natural that players with the Levi skin should fight the Titans. However, there seems to be more to the crossover than just the skins that players have received before.

Here you go (lmaoo I manually overlayed all these together) https://t.co/ATG9HshqQm pic.twitter.com/49sBgHctTr

Fans hope that the skin will become available to more players and look more attractive in the game. And it looks like gamers will soon have another great anime-based skin. Both Vanguard and Warzone are expected to have new game modes and possibly new operators and maps. Until there is any official confirmation, Call of Duty Vanguard players should take this information with a grain of salt. Unfortunately, players are not yet able to see the contents of the package. Typically, a license pack includes an operator skin, business card, emblem, pendant, weapon blueprint, and/or finisher and costs 2,400 COD points, equivalent to $20.

So, in all likelihood, in the game, we will get skins and special items from the AoT universe. Given the success of the manga and the show, this is sure to be a successful crossover, especially if it coincides with the launch of Attack on Titan’s new season. Of course, Sledgehammer can also take this to the extreme and send us to an in-game event, as we did with the Action Hero event of the 1980s, but since Vanguard just came out, Warzone integration is still to come, for now, don’t wait for another big event.