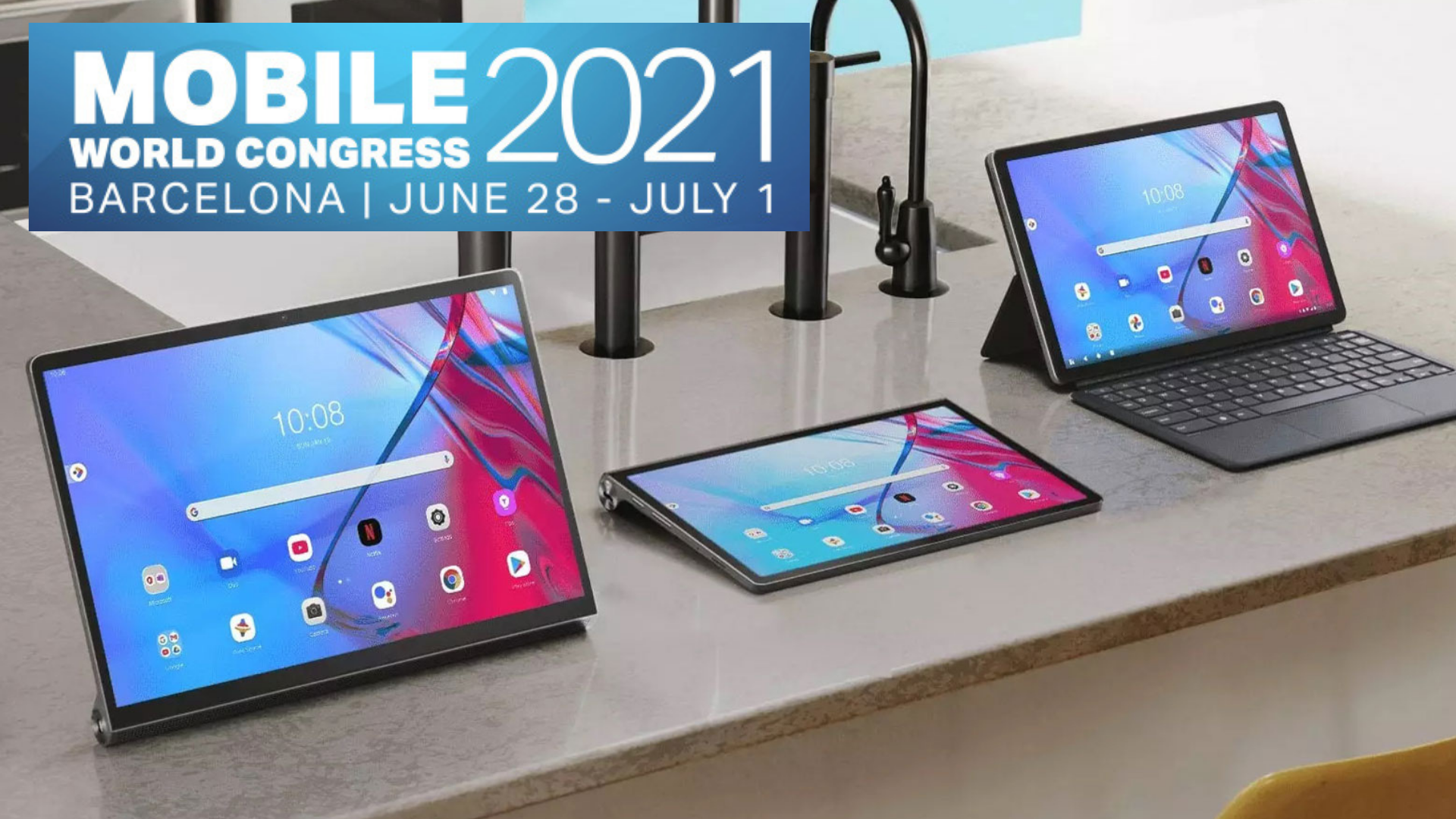 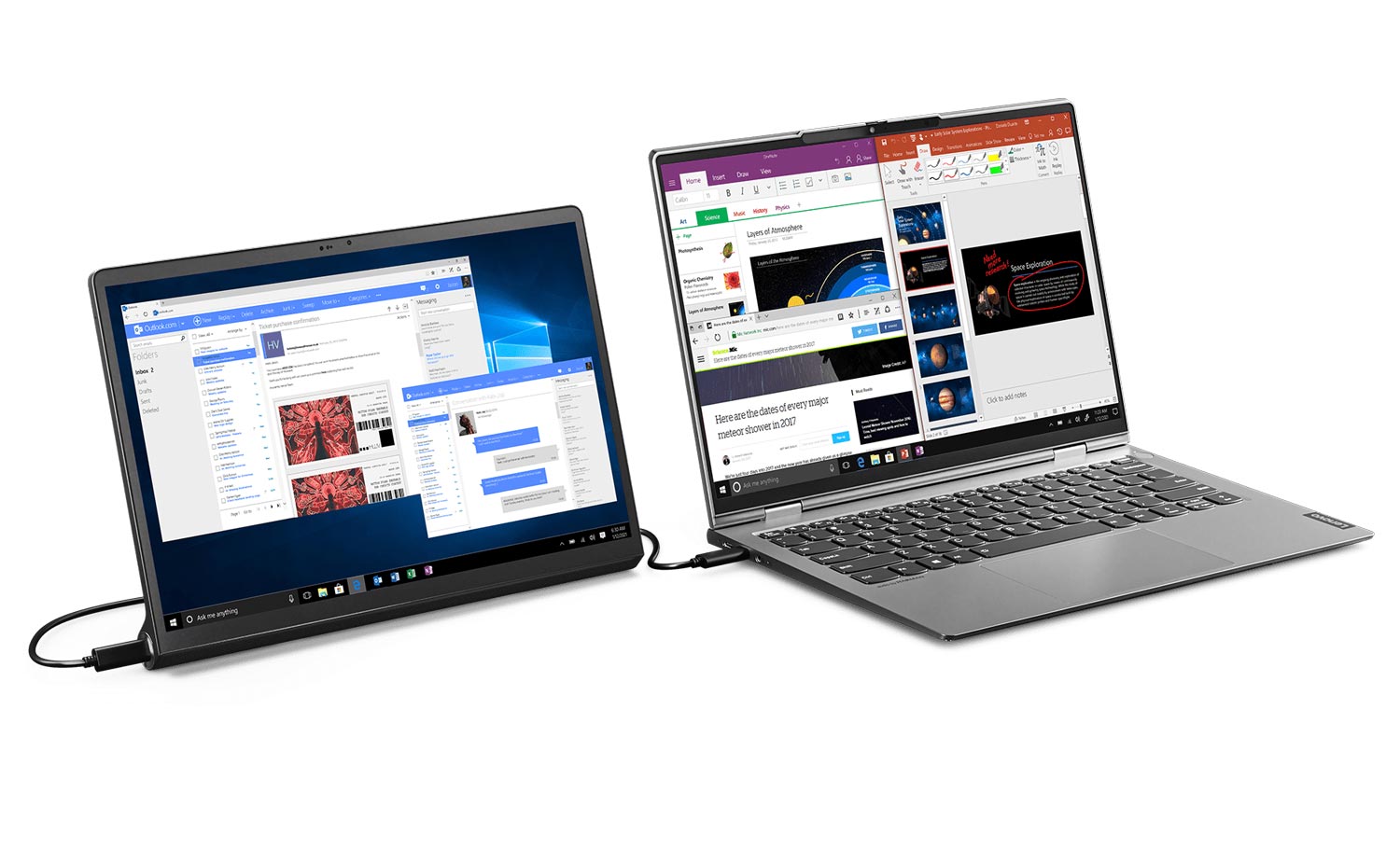 The Lenovo Yoga Tab 13 has a 13-inch LTPS display with a resolution of 2160 x 1350 pixels, Dolby Vision compatibility, and a peak brightness of 400 nits. The tablet is powered by an octa-core Snapdragon 870 processor that runs at up to 3.2GHz.

You may also select between 8GB LPDDR5 RAM and 128GB or 256GB of storage. The tablet comes pre-installed with Android 11 and is available in Shadow Black.

The Yoga Tab 13 comes with a kickstand that can be used to set up the tablet in landscape position for increased productivity. The integrated micro-HDMI connection and micro-HDMI to USB adapter also allow you to utilize the tablet as an external monitor.

To improve the media consumption experience, you also receive quad JBL speakers with Dolby Atmos. This also marks the launch of Google’s Entertainment Space, which aims to make it easier to consume media in one spot.

The Yoga Tab 13 will be available this month for €799 which is converted to dollars will be $950. 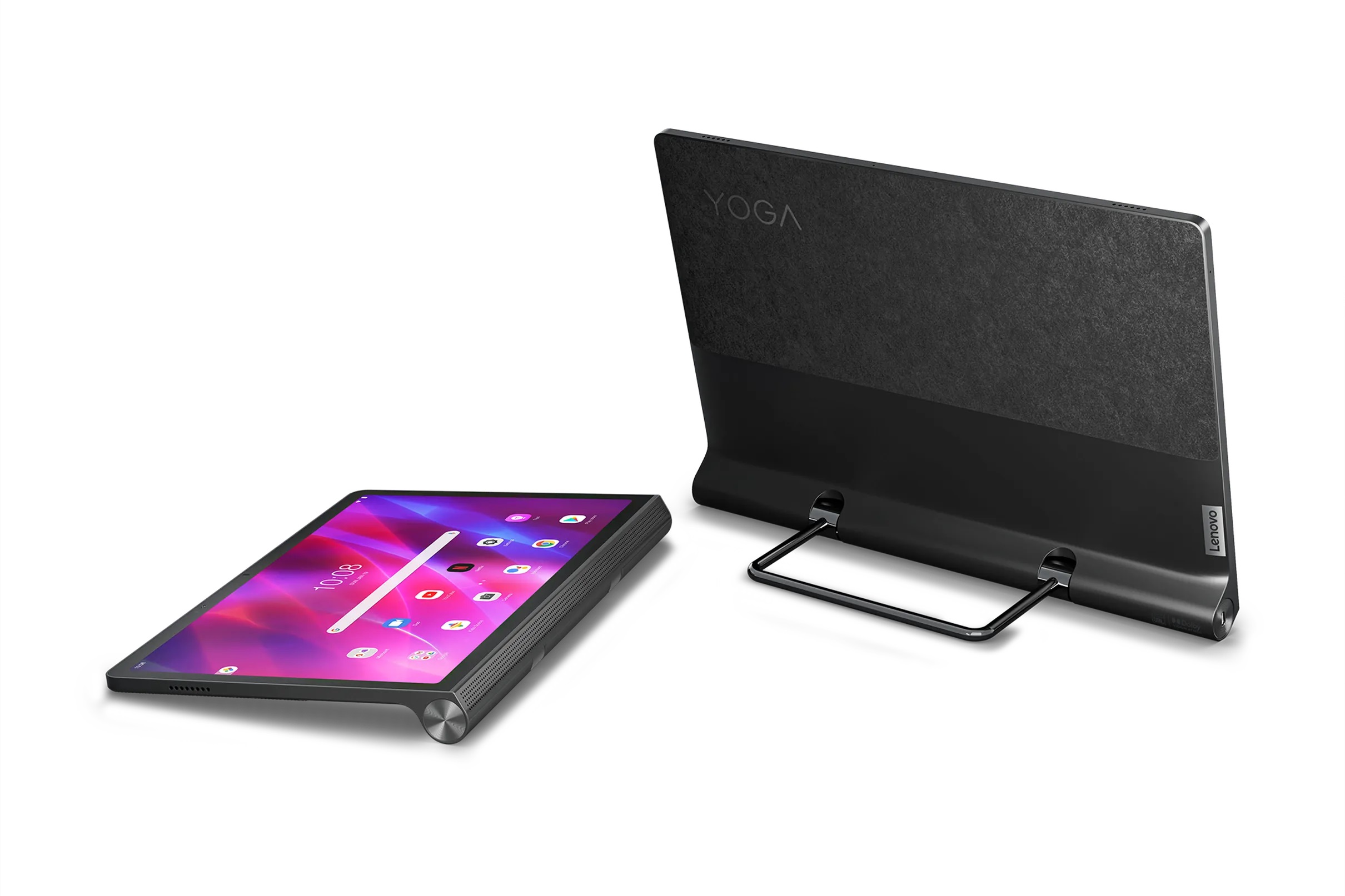 Lenovo delivers quad JBL speakers with Dolby Atmos on the 11-inch variant, just like it does in the 13-inch model. You can charge the tablet at 20W and use it for up to 15 hours of media playing with the 7,500 mAh battery. Storm Grey is one of the tablet’s color options. 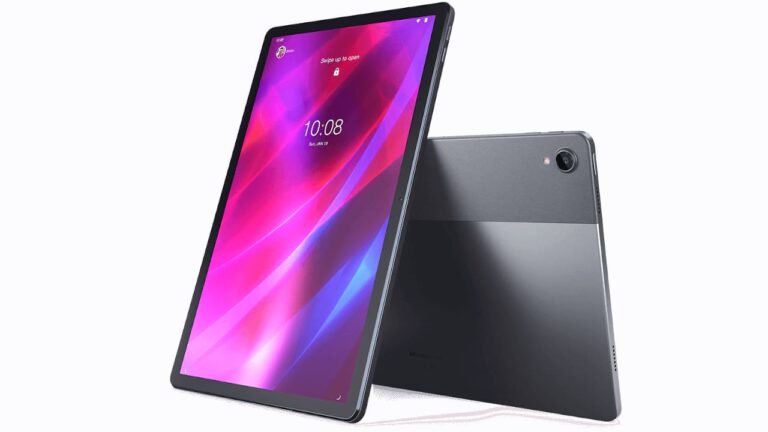 Lenovo has expanded the P11 portfolio with the debut of the Tab P11 Plus, in addition to the Yoga series of tablets. The display is an 11-inch IPS LCD 2K display with a resolution of 2000 × 1200 pixels and a peak brightness of 400 nits. The octa-core MediaTek Helio G90T processor powers the Tab P11 Plus.

The Tab P11 Plus comes with 4GB or 6GB LPDDR4 RAM and 64GB or 128GB of storage. It has a 7,500mAh battery that can last up to 12 hours when watching videos and supports 20W rapid charging. P11 Plus is available in three colors: Slate Grey, Platinum Grey, and Modernist Teal.

From July, Lenovo’s Tab P11 Plus will be available for €299 which is converted to US dollars will be around $355. 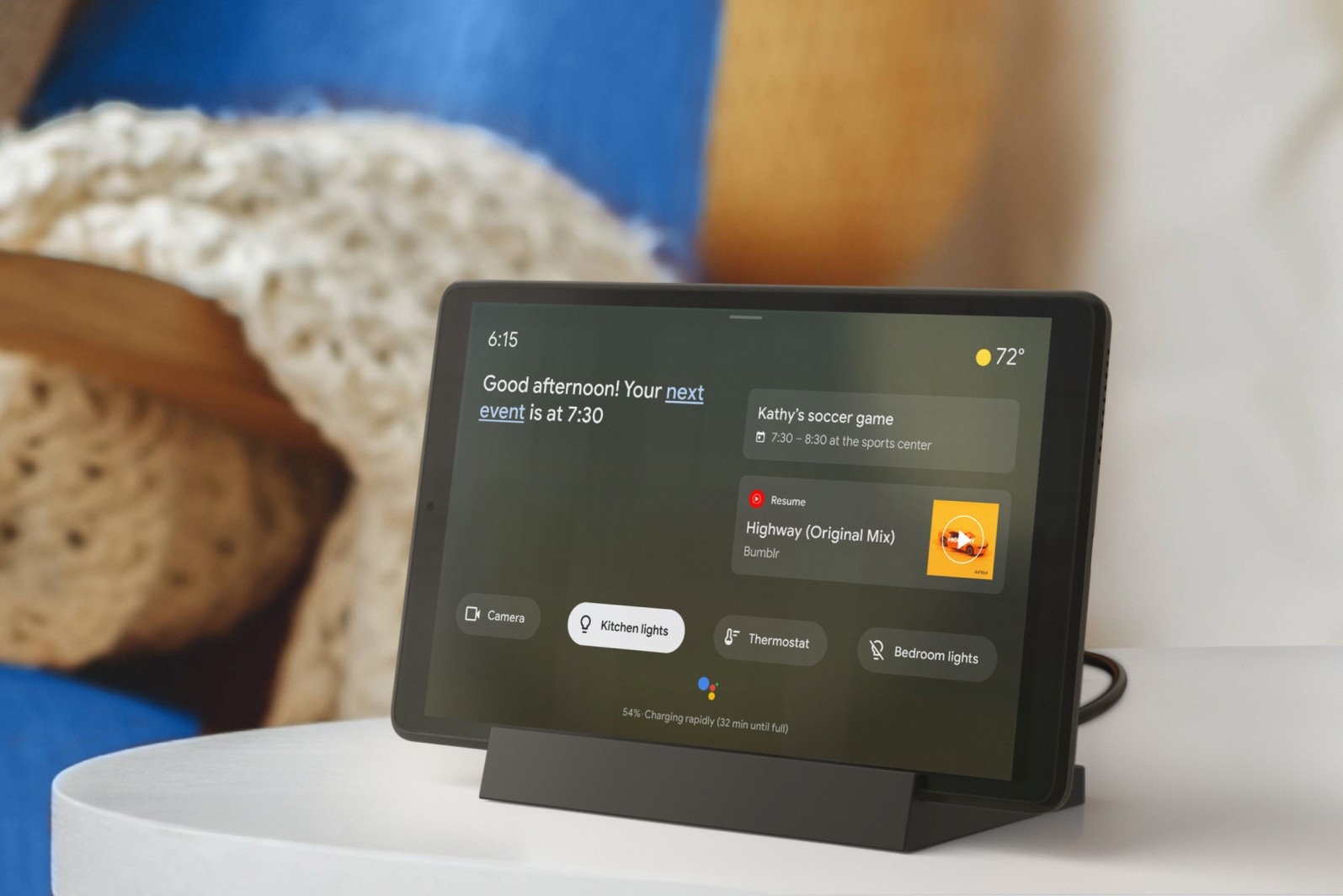 Finally, Lenovo has updated its Tab M7 and Tab M8 tablets. The Tab M7 (3rd Gen) features a 7-inch IPS LCD with 1024 x 600 resolution and 350 nits peak brightness, as well as a MediaTek MT8166 Wi-Fi chip and a MediaTek MT8766 LTE chip. Lenovo has incorporated 2GB of RAM as well as 32GB of eMCP storage. Iron Grey is one of the color options. 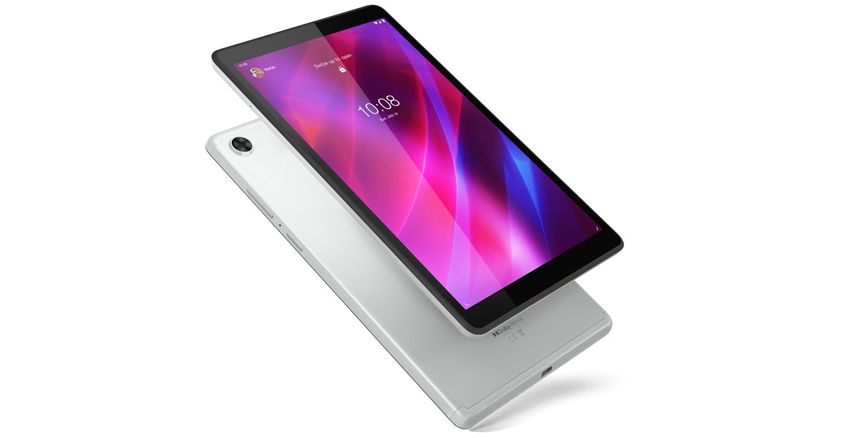 Lenovo’s Tab M8 features an 8-inch IPS LCD HD display with a resolution of 1280 x 800 pixels and a brightness of 350 nits. The new tablet by Lenovo comes with a MediaTek Helio P22T processor. The tablet has a 5MP back camera and a 2MP front camera, whereas the M7 only has 2MP sensors.

Meanwhile, the Tab M7 (3rd gen) will be available next month for €119 which is converted to US dollars will be around $240. The pricing of the Lenovo Tab M8 (3rd Gen) has not been announced, however, it will be available in certain regions later this year. 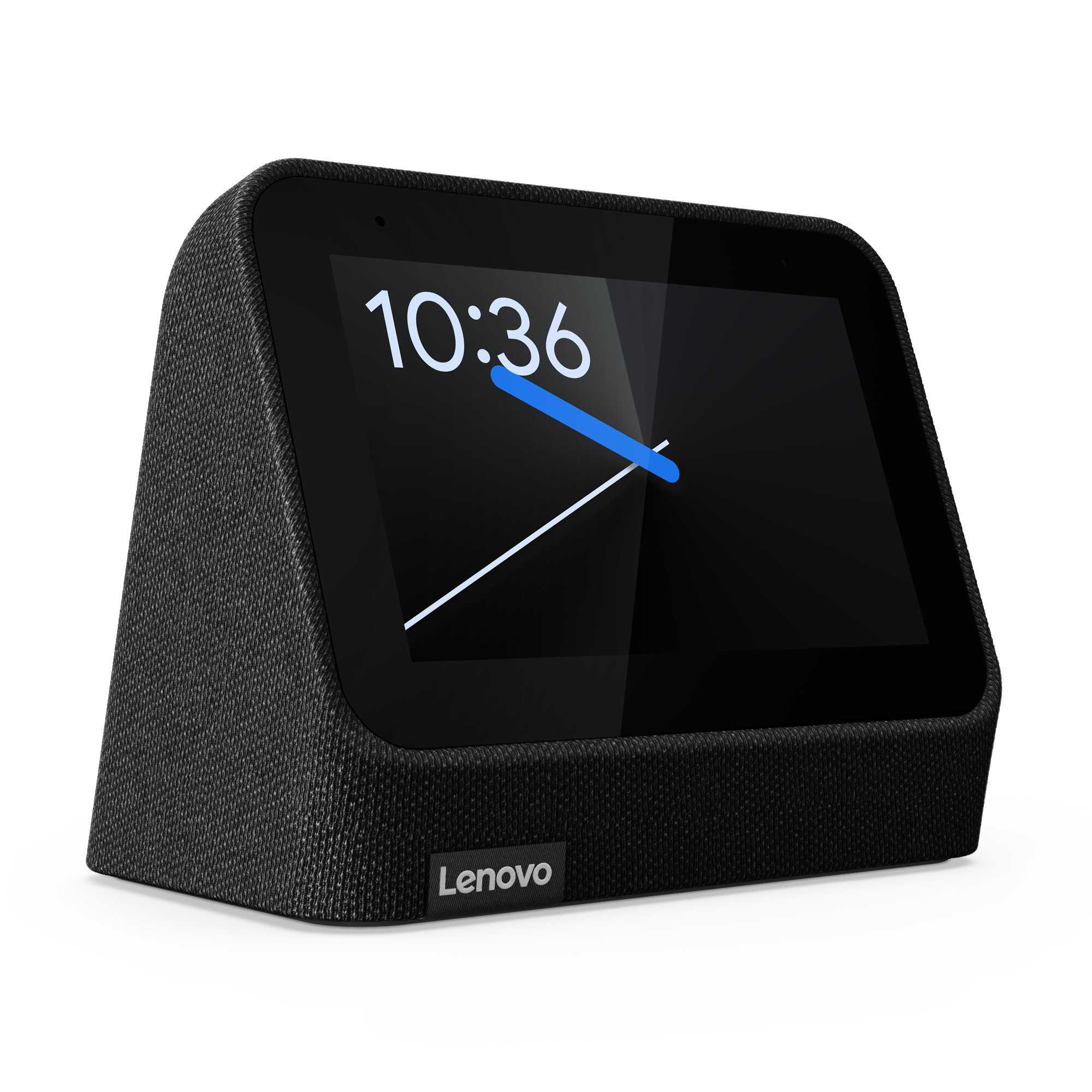 The Smart Clock 2 has a unique feature in that it has an optional wireless charger for charging your phone and other Qi-compatible devices.

A MediaTek MT8167S chip powers the new Smart Clock 2, which has a 4-inch IPS LCD. This one comes with a far-field microphone array and 1.5-inch 3W front-firing speakers. If you’re curious, it comes with 1GB of RAM and 8GB of storage. The clock by Lenovo comes in Shadow Black, Heather Grey, and Abyss Blue color options.

The Lenovo Smart Clock 2 will be available in August for €89.99 which is converted to US dollars will be around $107.