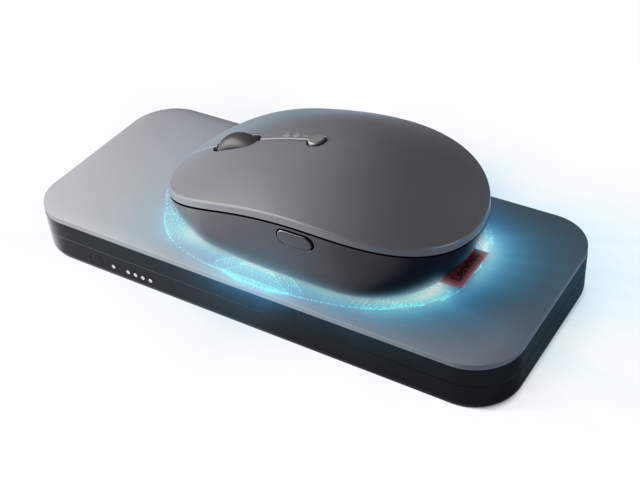 Lenovo launched a new sub-brand named Lenovo Go a few days ago. According to the official press release, the company will market a wide range of PC accessories under this name that is optimized for “mobile usability” and “hybrid workers.”

The Lenovo Go Wireless Multi-Device Mouse, as its name implies, can be combined with up to three smartphones. Users will switch between the paired devices by pressing a dedicated button on the screen.

Not only does the mouse have Bluetooth 5.0, but it also has a 2.4GHz wireless USB Type-C receiver. This product is only compatible with Microsoft Windows and Google Chrome OS, according to the official spec sheet. However, since it has Bluetooth, it should be compatible with nearly all computers, including Android smartphones and tablets, iPads, iPhones, and more.

The mouse is powered by a 380mAh battery that lasts for about two months on a full charge, according to the company. The mouse has two charging options: USB Type-C wired charging and Qi wireless charging.

Finally, the Lenovo Go Wireless Multi-Device Mouse comes in two colors and weighs 100 x 62 x 34mm (Storm Grey, Thunder Black). It will be eligible in the United States from June 2021 for $59.99.

The new Lenovo Go Power Bank has a capacity of 20,000mAh. The accessory is powered by a four-cell battery (5,000mAh each). Another feature of this device is that it can charge at a rate of up to 65W.

Furthermore, the two USB Type-C ports can accept up to 100W of power. As a result, a high-capacity adapter will easily charge the battery bank.

At the same time, the accessory will charge up to three smartphones. Furthermore, the power bank can be recharged while simultaneously charging two units.

Officially, it’s said to work for Lenovo and ThinkPad laptops that have USB-C 65W capacity or less. It does, however, fit with nearly all other devices, such as computers, smartphones, tablets, and portable game consoles from other manufacturers.

The power bank has a USB Type-C cable built-in, as well as a physical on/off button and LED indications. It has dimensions of 170 x 72 x 23mm, weighs 390g, and comes in two colours (Thunder Black, Storm Grey).