Australia’s, Singapore’s, Malaysia’s, and South Africa’s central banks have agreed to test the interoperability of central bank digital currencies for cross-border payments. The central banks of the four countries do not have a functioning digital currency (CBDC) and will not have one for months, if not years. However, all four have begun research into how they might build and operate a CDBC.

They’re doing so in response to a growing consensus that central banks should issue digital currency that has all of the characteristics of other instruments such as banknotes but is better suited to an electronic exchange. Central banks have also caught a whiff of the wind and seen that private digital currencies are gaining traction, but that they are frequently utilized in ways that complicate economic planning, circumvent regulation and taxation, or promote criminal activity. CDBCs are thought to be a safe means to bring Digi-bucks into the mainstream. 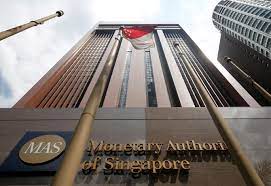 Central banks have also noticed the growth of “Decentralised Finance” (Defi) and applaud some features of its potential to increase competition for financial services while also distributing them to populations that may currently lack access.

Getting to the bottom of those enormous difficulties is a task for the future. For the time being, the four countries have agreed that testing CDBC interoperability is important since central banks have a responsibility to protect their countries’ economic health, and faster and cheaper cross-border transactions can stimulate commerce.

The test, dubbed “Project Dunbar” by the Reserve Bank of Australia, Bank Negara Malaysia, Singapore Monetary Authority, and South African Reserve Bank, aims to demonstrate that digital money can save costs and reduce transaction times, according to the joint announcement.

The Bank of International Settlements (BIS) prefers cross-border payments that are speedier and less expensive. As a result, it is assisting the study and collaborating with Swiss and French banks on comparable testing.

The G20 group of nations has also stated that it intends to establish standards for faster and cheaper cross-border payments, and Project Dunbar is likely to aid the G20’s efforts. China’s rapid development and deployment of a Digital Yuan — an invention that has inspired responses from at least seven major economies – is adding urgency to the need for CBDCs.

Blockchains will almost probably be present in the backends of whatever the four participating countries come up with, but the BIS document that Project Dunbar is based on makes no mention of the technology. It’s also intrigued by the possibility of “stablecoins,” such as Facebook’s Libra, to improve cross-border payments.

Several central banks, including China, Hong Kong, Thailand, and the UAE, are also taking part in a BIS-led project exploring the use of CBDCs for cross-border payments.