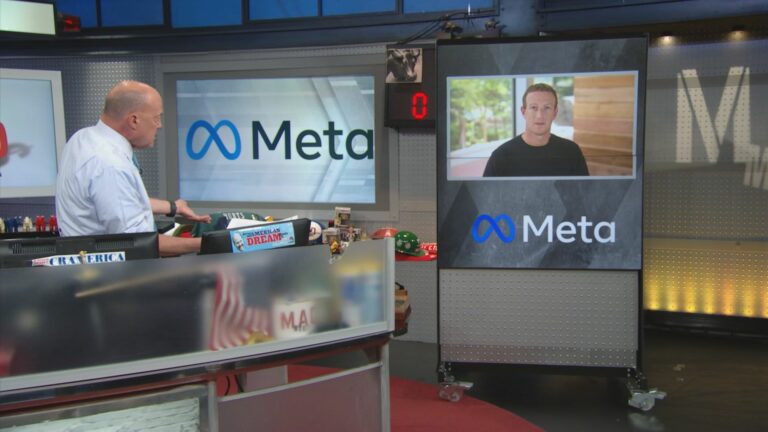 Mark Zuckerberg was in an interview with CNBC’s Jim Cramer on Thursday. The Facebook CEO talked about his ambition for Metaverse. Brining the virtual reality world lives, he hopes to get billion people to do hundreds of dollars of commerce on the platform. It could be buying digital goods or content, people will be able to express themselves.

‘Our North Star is that by the end of the decade, we hope to basically get to around a billion people in the Metaverse doing hundreds of dollars of commerce each, buying digital goods, digital content, different things to express themselves,’ Zuckerberg said. Furthermore, he added, “So whether that’s clothing for their avatar, different digital goods for their virtual home, or things to decorate their virtual conference room. Utilities to be able to be more productive in virtual and augmented reality and across the Metaverse overall.”

Now as America is facing inflation and paying more than $5 per gallon for gasoline, this seems like an impossible ambition. Not only in America, but other countries are going through the same as well. Yet, he thinks there is a massive economy around this, creating opportunities for creators. He further went on to talk about millions of people having to do more creative work and be happy about their job, instead of feeling the need to make money.

He went on to compare Metaverse’s ‘playbook’ over the next couple of years with similar ones he previously used to build Facebook and Instagram’s empires, which is to essentially ‘scale monetization’ after ‘building services, serving as many people as possible, getting our services to a billion, two billion, three billion people.’  Zuckerberg also told Cramer he intends to lead WhatsApp’s next chapter, which will include ‘business messaging,’ as he wants to promote e-commerce on the free worldwide messaging app.

The point is that Meta has the inside track to become the most popular and powerful titan in the virtual world. Those who’ve criticized Facebook’s manipulative tendencies as a social platform are right to worry about how its parent company will operate a virtual platform even more detached from reality. But no one can deny how close the company is to bring it to reality on a huge scale.    They currently have the most affordable, stand-alone virtual reality headset the Oculus Quest and Quest 2 on the market. That makes Meta’s platform relatively accessible.

Cramer said, “I found it electric” in the interview describing his experience of the Metaverse.