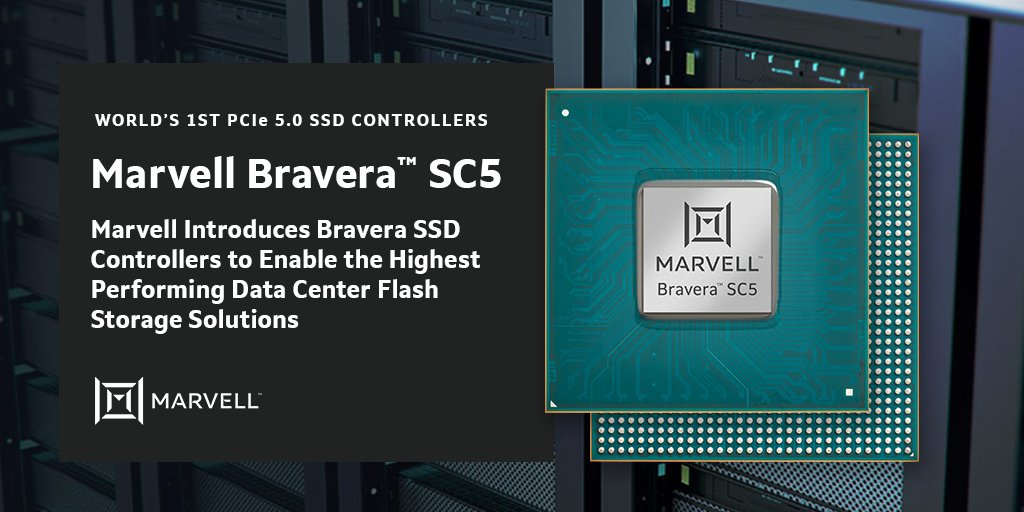 Marvell today unveiled the first NVMe SSD controllers that support PCIe 5.0, as well as a new branding approach for its storage devices. 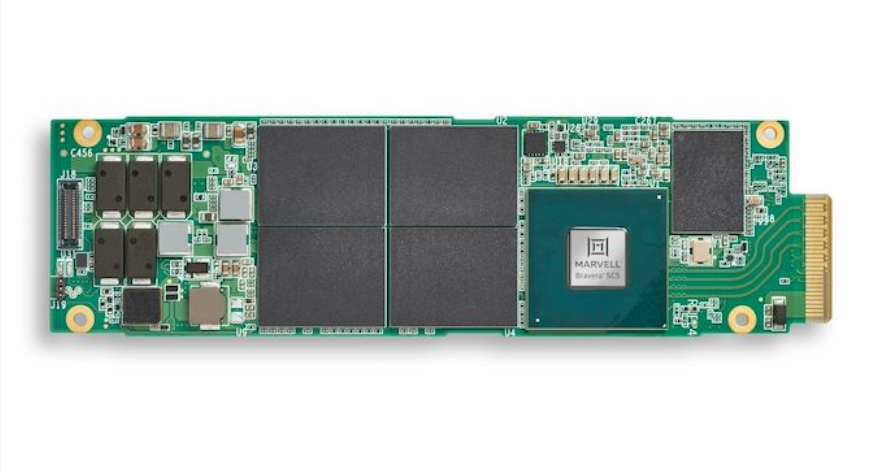 The speed of these new SSD controllers is about double that of PCIe 4.0 SSDs, with sequential read throughput of 14 GB/s and random read performance of about 2 million IOPS.

Marvell had to increase power efficiency by 40% over their previous generation SSD controllers to achieve this level of performance while maintaining within the power and thermal restrictions of current business SSD form factors. Marvell had to dramatically adjust the design of its controllers since this goes beyond the increase that can be realised merely by using fewer fab process nodes. 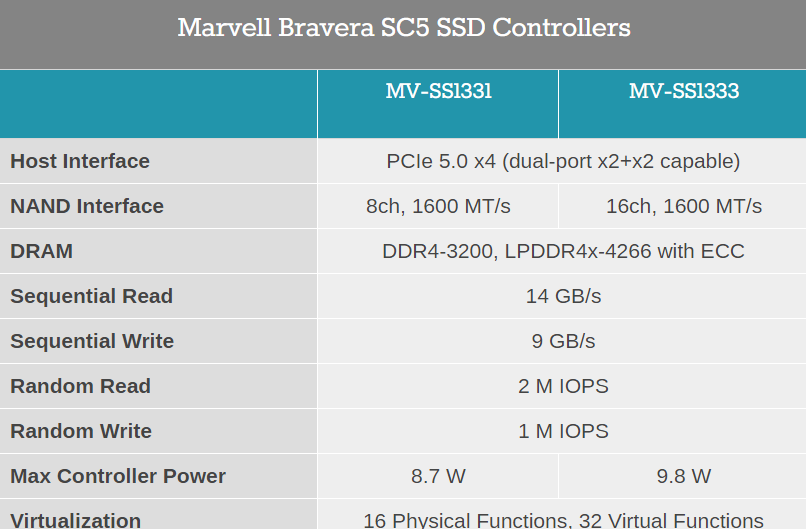 The Bravera SC5 controllers still include a combination of Arm cores (Cortex-R8, Cortex-M7, and a Cortex-M3), but they now include a lot more fixed-function hardware to perform the controller’s fundamental operations with fast throughput and low latency.

Because of the Open Compute Project’s Cloud SSD requirements, Marvell does not expect to lose flexibility as a result of this architectural transition.

These specifications go beyond the NVMe specification to specify which optional features should be included, as well as desired performance and power levels for various form factors.

The Cloud SSD specifications were created as a partnership between Microsoft and Facebook, but they have since gained traction in the industry and even the endorsement of established business server makers such as Dell and HP.

This enables controller suppliers like Marvell and SSD makers to focus their product development efforts more narrowly and serve a broader variety of customers with a single hardware and firmware platform.

The new controllers are now being sampled to a small number of clients, with the option to use Marvell’s software or design bespoke software.

DubaiCoin is a scam! It’s not Dubai’s official cryptocurrency

Google made it impossible for users to keep their location data private, admit Google employees in a lawsuit