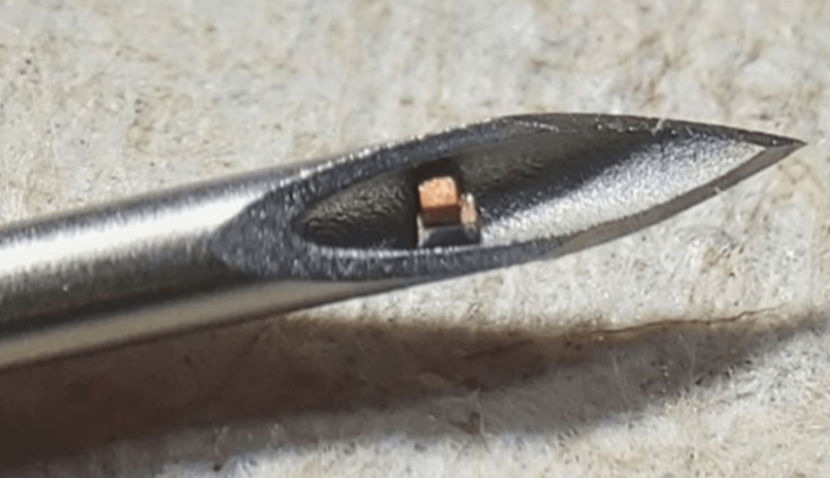 Until it comes to monitoring our vital signs and other biometrics, smartwatches and other wearables are getting better and better. But what if, instead of putting on a wristwatch, users could monitor their physiological processes by injecting a wireless, implanted chip into their bodies, which could assess their health from the inside? What if that chip was nearly impossibly small, around the size of a dust mite, and only visible under a microscope?

Engineers from Columbia University’s School of Engineering and Applied Science have created something similar.

They’ve constructed an ultrasound-powered, injectable, fully functional single-chip system that’s so small it might one day enter the human body through a hypodermic needle, thanks to a collaboration with the world’s largest chip fabrication company.

Once there, they believe it may be used for in-body monitoring, ushering in a new era of health technology that goes much beyond what a health-tracking gadget like the Apple Watch now offers.

Kenneth Shepard, a Columbia professor of biomedical engineering, told Digital Trends, “What is most fascinating is the size of the chip.” “It’s not only the size of the chip; it’s also the fact that it’s the full electrical system. Chips are usually part of bigger systems that require other components to function.”

A mobile phone, for example, is made up of several different processors, boards, packaging, antennae, and batteries. The bulk of implanted electronics, whether pacemakers or spinal cord stimulators, are the same. Even though they’re small enough to fit within a human body, they nonetheless take up a lot of space.

A chip-as-system (CaS) gadget, on the other hand, compresses a single integrated circuit into an incredibly compact package. It has no cables and may be used with any extra transducers that are needed (in this study, piezoelectric crystals).

“In my perspective, CaS devices represent the future of implantables for all types of applications,” Shepard added.

The Next Step In Health-Tracking Technology 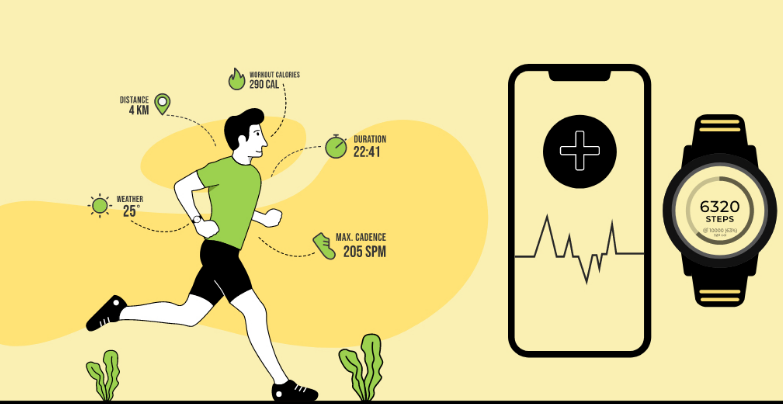 The chips were developed with the help of Taiwan Semiconductor Manufacturing Company, the same company that manufactures semiconductors for Apple’s A-series and M-series CPUs, among others.

“These chips are made using a typical complementary metal-oxide-semiconductor foundry method, similar to what is used in computer, cell phone, and vehicle chips,” Shepard explained.

“ We employ TSMC, the world’s largest semiconductor foundry, for our fab. We have to incorporate the piezoelectric transducers needed to connect with ultrasound once we get the chips back [to the lab], and we have to trim and thin the chip itself down to the extremely small dimensions necessary here.”

Currently, the chips may be used to detect temperature, according to him. This research is being carried out as part of a bigger attempt to find new techniques to track wound healing, but the implications are far reaching.

“Lots of different things may be perceived here,” Shepard said, “and we are actively working on these.” One of the most fascinating is biomarker specific recognition.” Blood pressure, glucose, and respiration are just a few of the indicators they’re interested in collecting.

In the end, injectable chips like these might be useful for identifying and treating certain illnesses in people.

The team’s goal is to allow the chips to relay information from the body via ultrasound once they’ve been implanted.

This means that one of these chips might be inserted into a specific portion of a patient’s body and offer real-time data on changes.

Things May Grow Even More Minuscule 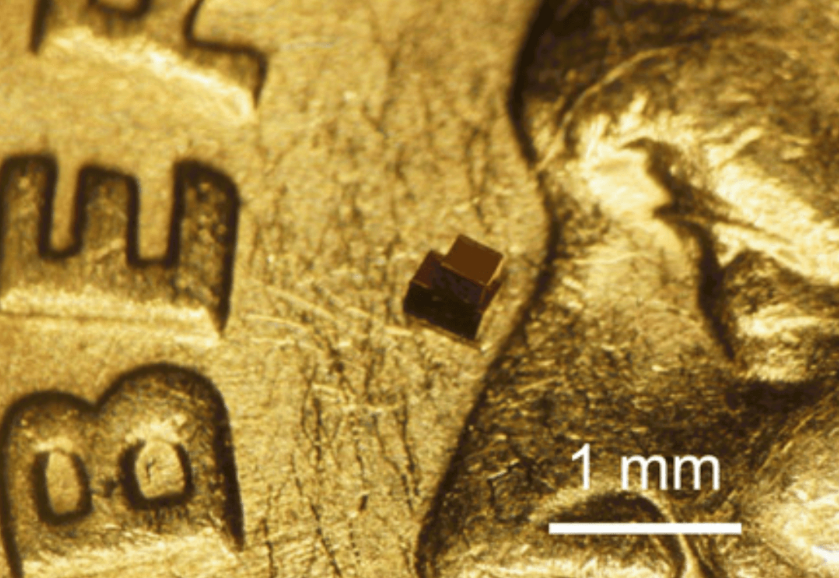 This is going to take a long time to bring progress for the time being.

The chips haven’t yet been implanted into a human, and they’re more of a proof of concept for how small a chip can be. It will need to go through a long sequence of clinical tests before being made available on the market, as with any medical discovery.

In terms of how little the team’s chips may become, I don’t believe they’ve hit the bottom of the size continuum. As impressive as this is as a demonstration of miniaturization in action, Shepard believes there is still much more to be done.

“Yes, we can,” he responded when asked if future chips may be even smaller. “Be on the lookout. I don’t want to reveal too much about the other projects we’re working on just yet, but something smaller — much smaller — is definitely in the works.”

The technique was described in the journal Science Advances in an article titled “Application of a sub–0.1-mm3 implanted mote for in vivo real-time wireless temperature monitoring.”