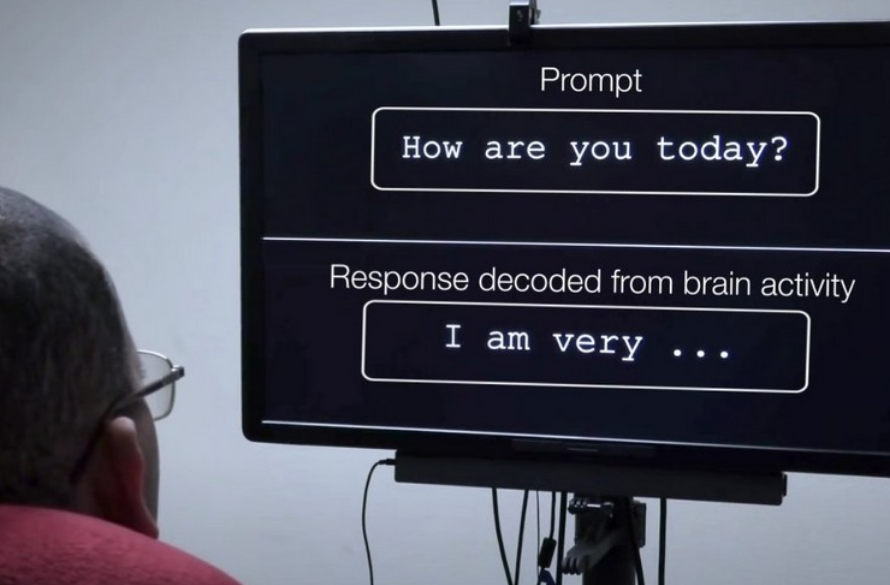 Researchers are currently carrying out numerous studies to tap into the power of the human brain, thanks to developments in technology and neuroscience. As a result, a team of neuroscientists at the University of California, San Francisco has created a system that reads a paralyzed person’s brain activity and allows them to communicate.

The device records a paraplegic person’s brain activity as they try to talk or answer a question using an electrode implant placed within their brain. It then decodes the brain’s electrical impulses to show whole words on a computer screen.

If you’re wondering, it’s not as simple as it appears. The researchers at UCSF surgically inserted a high-density electrode array into the speech motor cortex of a paraplegic man known as BRAVO1 to test the device. The implant was then linked to a computer system through a port in his head.

Following that, the researchers recorded the man’s brain activity when he attempted to utter a list of 50 common words such as “good,” “family,” and “water” for many months. Custom neural network models were utilized after the recording session to discriminate between neurological signals in order to recognize and identify the words BRAVO1 was trying to pronounce while he talked.

The subject was then asked to recite a series of short sentences containing the newly learned words. The device then decoded the words from his brain activity and presented them as fully formed sentences on the screen. In addition, the researchers conducted a question-and-answer session with BRAVO1, asking him simple questions such as “how are you?” The new brain-focused technology replied by showing on the screen the words “I am extremely excellent.” The experiment is demonstrated in the video below.

This is the first time, according to the researchers, that a technological system has been able to translate the brain activity of a paraplegic man who cannot speak into entire phrases. According to Edward Chang, a neurosurgeon at the University of California, San Francisco, “it shows tremendous potential to restore communication by tapping into the brain’s native speech machinery.”

The prior study on this topic relied on spelling or letter-based techniques. A more natural aspect is used by Chang’s team in order for the system to function. Speaking at a rate of 150 or 200 words per minute is a common way we transmit information. Speaking directly, like we are today, has many advantages since it is more like the way we typically talk,” Chang said.

It is important to note that, while the new electrode-based technology is more advanced than earlier techniques, it is not without flaws. BRAVO1 was able to interpret words with a median accuracy of 74 percent at 15 words per minute, increasing to about 93 percent at 18 words per minute over the trial.

The UCSF team will work to enhance the system and boost its accuracy rate in the future. The researchers hope that once the system is fully developed, it will be able to totally restore communication for a number of people who have lost their capacity to talk.