The news about the divorce of Bill Gates and Melinda French Gates had created quite a tremor. People got a new and raging topic of discussion as the curtains fell on the 27-year long marriage. Being a public figure always has the added disadvantage of your life and its issues being magnified for public scrutiny. And the case was no different for these two. As is customary after any divorce, Bill Gates and Melinda French Gates too got ahead with the rather cumbersome(and at times, rewarding) feat. Again, not so surprisingly this feat of splitting up their public assets soon caught the attention of people. 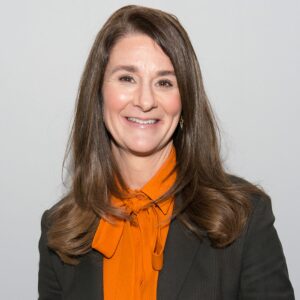 Everything ought to settle

The latest addition and changes in the settlement come following the transfer of $3 billion worth of shares by Gates. This is inclusive of the stakes in the three above-mentioned companies. The current amount alone is more than enough to get her the title of being among the richest people in the world. Because, when you look at it, the stocks alone are worth more than a whopping $5.7 billion. And what deserves another exclamation mark is the fact that it is only half the picture! Which means there is more to come. The precise details concerning the terms of their settlement are not available to the public. Thus, profound scrutiny is still out of question. Although a level of speculation is only natural.

The news of their divorce in May came as quite a shock for the majority of the people out there. While talking about the divorce, Bill Gates opened up about his connection with Jefferey Epstein, the late pedophile conman, which might have adversely affected their marriage and lead them to divorce. Gates also added that he and Melinda French Gates are still in contact. They will also work hand in hand at their foundation. Although, the foundation had indicated a probability of French Gates stepping down, Bill Gates is looking forward to the opposite.