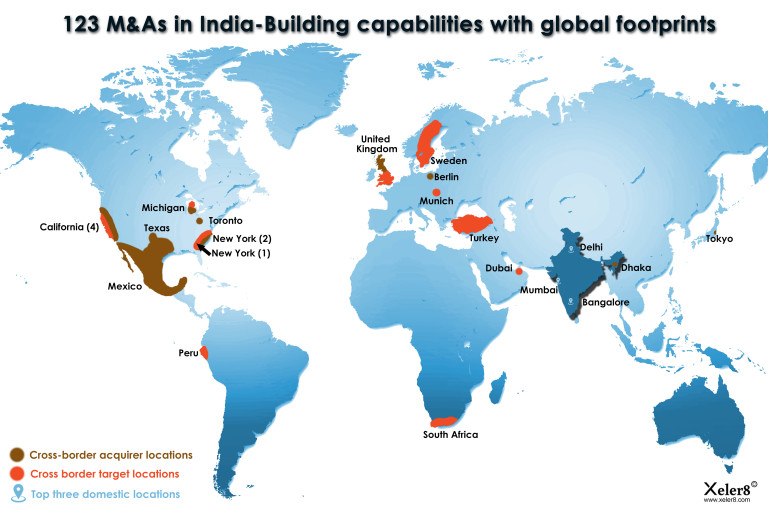 Mergers And Acquisitions In 2016: A Report On Indian Startups By Xeler8 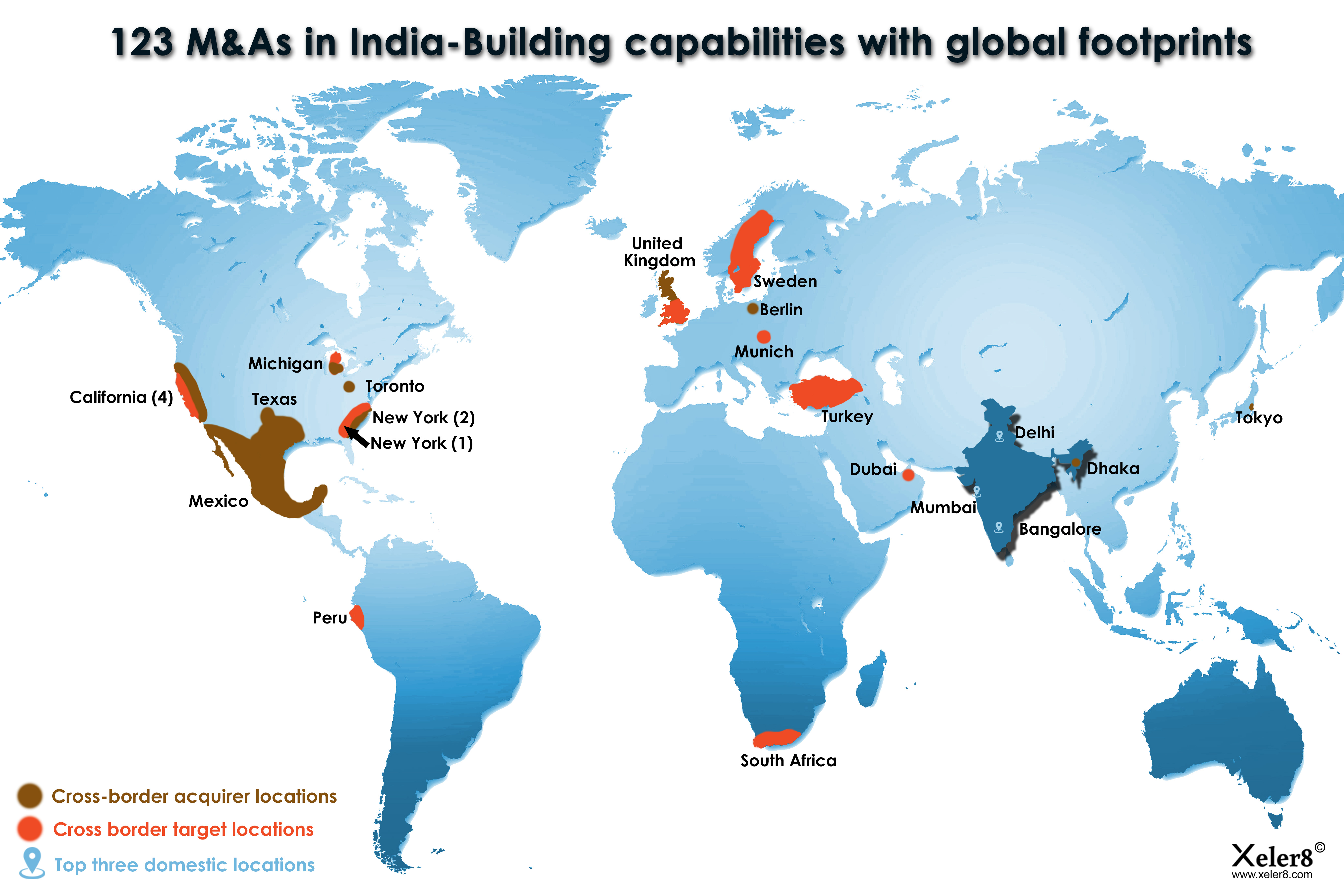 The highest number of deals were witnessed by domestic market start-up’s based out in Delhi-NCR region, followed by Bangalore (26) and Mumbai (16) deals with a total of 29 deals.

According to reports by Xeler8, the firm quoted on their website which stated “While the number of acquisitions and their size are both going up in India, the resulting combined entities would be able to cater the large needs of Indian population by expanding their reach in the market and even globally if they want.”

Xeler8 recently published a survey upon M&A’s in start-up sector and the results included that the outbound and inbound deals constituted 11 deals (9 per cent) and 12 deals (10 per cent) respectively while covering markets form countries like US, UK, Dubai, Canada among others. The domestic market displayed a big size of consolidation with about 100 M&As so far. 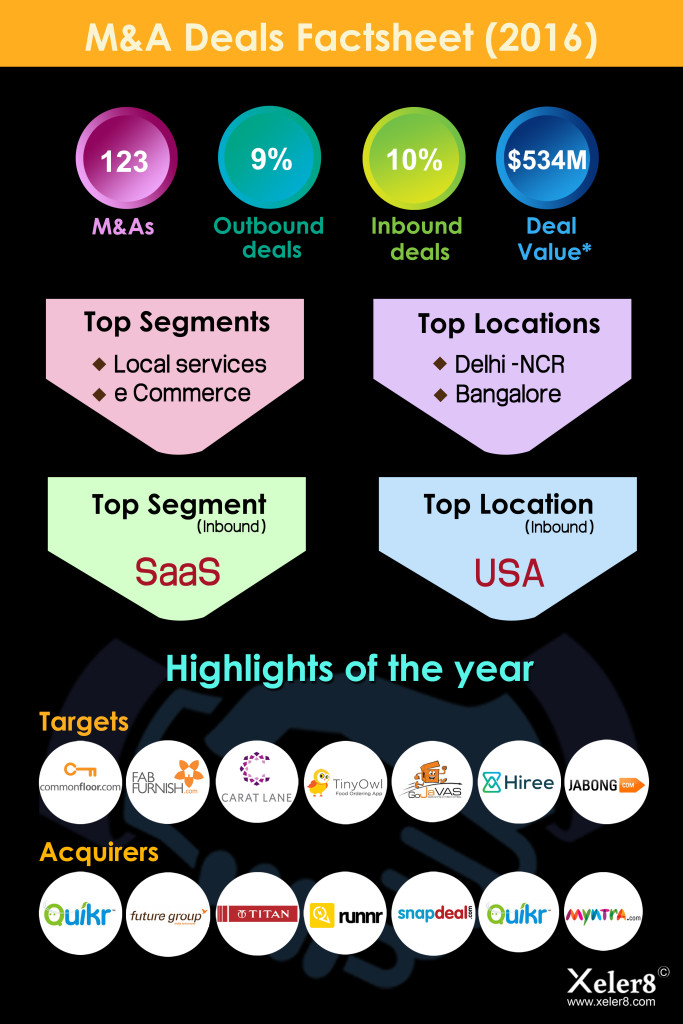 As per Xeler8 reports, several start-up’s M&A activity were related to securing their future and to keep their operations ever more strong with a healthier business environment. While some relate the M&A activity to scale up their growth and include few more additions to their work model.