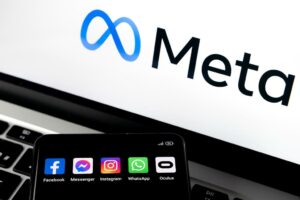 Meta Inc has filed a lawsuit against Ekrem Ateş, a resident of Turkey for working with self-operating Instagram profiles for collecting information from the accounts of around 3.5 lakh people using the social media platform.

After scrapping the data, he printed it for a number of clone websites.

Apart from this, the company has also taken legal actions against a branch Chinese firm in the United States, Octopus. Octopus gives operations to individuals and other firms to scrape other users’ information.

The tech giant announced the lawsuits through a blog post in which it wrote that on July 6 it registered separate lawsuits in a federal court against the US subsidiary of the Chinese firm and the Turkish individual for collecting users’ information from the social media companies being operated under Meta, Facebook, and Instagram.

It further wrote that the first lawsuit has been registered against Octopus as the company gives data collection services and grants its consumers an approach to a system that aids them to collect data from any site available on the internet. The different websites whose data can be amassed via Octopus or the software designed by it comprise Amazon, Twitter, Facebook, Instagram, and many other big tech firms.

The tech giant further said that it has accused Octopus of breaking the guidelines of its platform and violating the Digital Millennium Copyright Act. It said that Meta has asked the court for a lasting ruling in this matter.

Ensuring the security of the users against data collection for appointment services that are working around a number of online sites and nations, asks for cumulative attempts from those platforms, lawmakers, and governmental groups and is needed to block the wrong use of these competencies among the ones who put them for sale and the purchaser.

Adding more to the post Meta wrote that it has registered another lawsuit against a person living in Turkey for using self-operating Instagram profiles to amass information from a lot many Instagram profiles. These 350,000 Instagram accounts could be viewed by the people if they have signed in to their account. The accused after collecting the data printed it on his sites available on the internet or the “clone sites”.

Meta said that it has been taking numerous actions against the accused from February last year to date.