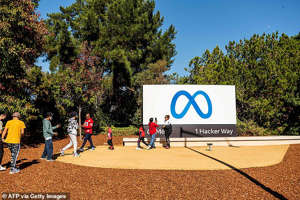 On Thursday, May 19, a Meta executive told workers that they are not allowed to talk about abortion on Workplace, an internal version of Facebook. They cited ‘an increased risk’ that the tech giant would be seen as a ‘hostile work’ atmosphere.

The policy putting Meta in place in 2019, but hadn’t been reported until now, forbids employees from discussing various topics. These include discussions on ‘opinions or debates about abortion being right or wrong, availability or right of abortion,’ along with with religious, political and humanitarian views on the subject. Clearly, evidence shows that this is specified in a section of the company’s ‘Respectful Communication Policy.’

Reportedly, some workers have called on the management to remove the policy following the leak of Supreme Court draft opinion about overturning Roe vs. Wade. They argue that the ban is at odds with workers having the liberty to ‘respectfully’ discuss topics such as trans rights, Black Lives Matter and immigration.

On Thursday, May 19 Janelle Gale, Meta’s VP of HR stated that the abortion was ‘the most divisive and reported’ issue by workers on Workplace. She stated that despite people being respectful, ‘and they’re attempting to be respectful about their view,’ it could still lead to people feeling targeted on the basis of gender or religion.

“It’s the one unique topic that kind of trips that line on a protected class pretty much in every instance.”

Among other companies, Amazon and Microsoft stated that they would cover expenses for travel for anyone seeking to travel to access abortion services. Uber and Lyft gave their word to cover legal bills for drivers sued under state laws for giving a ride to anyone seeking an abortion. Yelp CEO Jeremy Stoppelman took one of the strongest stances arguing in an op-ed that “companies need to take a stand on reproductive rights.”

Despite Meta’s number-two executive, Sheryl Sandberg speaking against the ban, Meta went ahead to push back on internal discussions regarding abortion. According to internal posts, workers are only permitted to discuss the topic at work ‘with a trusted colleague’ in a closed setting.

This policy has clearly led to a division among workers in the past few weeks, with some against it, and some clearly in support of it. At the time of the all-hands meeting which Sandberg, Gale and others executives led, numerous comments regarding the policy were made by workers during the livestream, but removed later with the progression of the meeting. Many even expressed frustration about posts on the issue being deleted on the page.