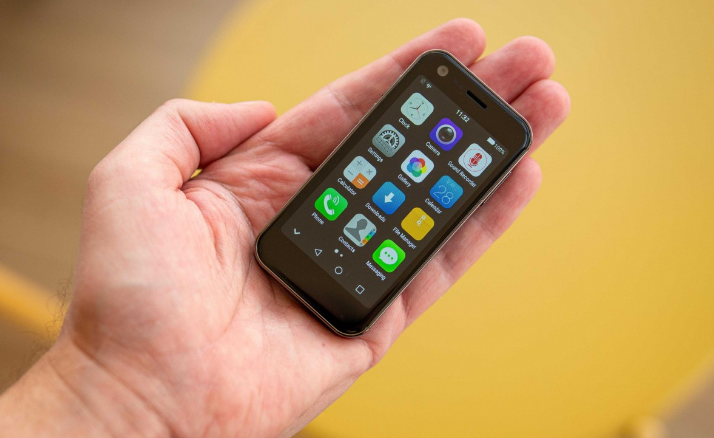 Mony is a Chinese original equipment manufacturer with a rising presence in both Hong Kong and mainland China. The Mony Mint, a small and light smartphone that claims to be the world’s smallest 4G-enabled smartphone, has been released by the company. The gadget has a 3-inch touch screen, which is somewhat smaller than the 3.3-inch Palm Phone, which also has LTE capability.

The Mony Mint has a sleek, pint-sized, and beautiful form that appeals to the eye. The number of ports and side buttons accessible reflects the minimalist design. In addition to the USB-C connector, it just includes volume and power buttons. The smartphone features 3GB of RAM and 64GB of internal storage, which can be expanded to 164GB with the use of an SD card. It’s also a dual-SIM phone with a slew of useful apps preloaded.

Even though the display resolution is just 480p, the touch screen is very sensitive, and even people with bigger fingers can type reasonably well, though not rapidly. Let’s delve a little further into the smartphone’s fundamental experience.

Although the phone is lower in height and breadth, it is not as thin as current phones. It measures 11mm thick, plus a half-millimeter for the camera bump. However, they’re just for show; the actual speaker is in the earpiece, and it’s rather powerful for such a little container. The whole appearance, especially the shiny metallic-looking border surrounding the phone, is evocative of an Apple iPhone.

The Mint was inspired by Steve Jobs and is an homage to the late Apple co-founder, according to Mony. Renders of the phone may mislead someone into thinking it’s an iPhone 4, and Mony isn’t shying away from the similarities.

The Mony Mint will operate on Android 9 and will be compatible with all major wireless networks across the world, making it an ideal travel companion. Furthermore, wireless calls can be utilized in situations where making network calls is impossible. The dual-SIM capability is particularly handy when traveling since the extra SIM slot allows you to get more out of the smartphone. Finally, behind the hood is a 1250mAh battery that may last up to 72 hours (3 days) on a single charge.

Mint states that one of these instances is during jogging. We have a runner on our squad who recently returned from the Skyrunning World Series in the Italian Alps, so we immediately turned to him for advice.

The Mint is extremely portable, making it ideal for outdoor exercise activities. Because of its size and weight, you could forget you’re carrying a smartphone. Our device is still under development, but we’re certain that once it’s released with the appropriate operating system, it’ll be able to monitor runs and bike rides just like any other smartphone with GPS.

There is one disadvantage to the whole physical activity situation: if you want to change the track, text someone, or do anything else that requires even a fraction of your concentration, you must pause in the heat of the moment and concentrate on the little screen. Any personal records would be ruined, and the momentum would be disrupted, thereby destroying the sporting atmosphere.

While on work trips, the phone’s small size is a big plus. In addition to carrying a laptop computer, we also have to deal with the hassle of lugging about cables, documents, hand sanitizer, glasses, and other stuff. The Mony Mint eliminates this one inconvenience of having a big smartphone in the midst of this mess.

Even though the Mediatek MT6735 chipset has been around for seven years, it’s still not the most powerful processor on the market. Check your email or calendar, watch 1080p videos, and connect to Wi-Fi and 4G networks with this tablet computer from Samsung. In contrast, Wi-Fi adheres to the IEEE standard 802.11n while Bluetooth is limited to version 4.0.

An Indiegogo Super Early Bird offer cuts the price of the Mony Mint from $150 to $100. The Early Bird and Indiegogo Special seats, which cost $115 and $130, respectively, are also available. The smartphone will be available for purchase in November 2021.