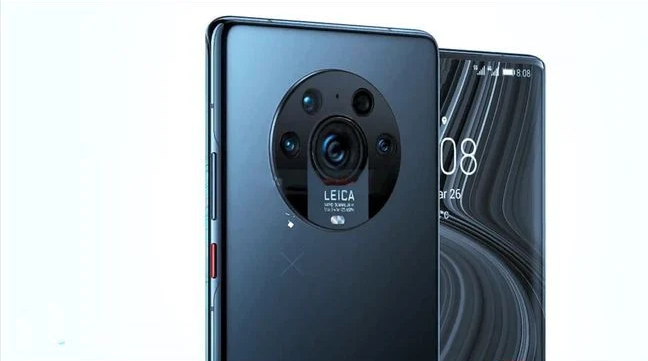 According to a Weibo source, Huawei’s smartphone models powered by Qualcomm’s Snapdragon chipsets may have a sufficient supply of processors after December 2021. Remember that the P50 was released with a Snapdragon 888 processor that only supported 4G. The Mate 50 will be powered by Qualcomm’s next-generation Snapdragon 898 processor, but it will only support 4G until the second quarter of 2022 when the 5G version will be ready.

The report on Weibo might point to a closer working partnership between Huawei and Qualcomm in the quest for chip sufficiency. Huawei is also said to be progressively migrating to Qualcomm, with models based on the Snapdragon 888 processor expected to become mainstream Huawei products in the near future. This also implies that Huawei’s flagship models will be able to purchase and use Qualcomm Snapdragon premium chipsets from the upcoming generation.

The move reflects Huawei’s ongoing efforts to reclaim lost ground following the struggles of the previous years, which resulted in major market share losses in a number of countries, including China. The Huawei P50 series was rumored to use a Snapdragon CPU, however, this did not materialize, possibly owing to supply issues. 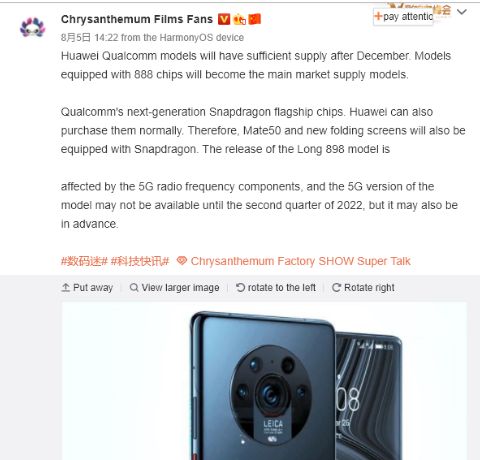 It comes with a Kirin 9000 processor instead. However, there is a chance that there could be a scarcity of Kirin CPUs, which would increase demand for Qualcomm Snapdragon chips.

The Huawei Mate 50 series, as well as the next Huawei foldable devices, will be powered by the latest Snapdragon chip, as part of the company’s better collaboration with Qualcomm. Furthermore, it is believed that these new Snapdragon chipsets have already been pre-loaded with Huawei’s HarmonyOS operating system, greatly increasing Huawei’s worldwide reach in its goal of global significance.

Few would be shocked if the Huawei Mate series was also delayed, and is still not available months after it was planned – but some sources believe it has been scrapped entirely, and we’ll have to wait a year to see another Mate phone.

According to reports, the next processor will be the Qualcomm Snapdragon 898, and it will be introduced before the end of 2021. Qualcomm hasn’t said if the premium 5G version of the new chip would be released right away or if the cheaper 4G version will be released first.

We might see a delay – the Huawei P50 series hasn’t been released yet, despite a March release date, and the Mate line may be pushed back to give the P devices a chance to shine. That is, assuming the phone hasn’t been canceled, as one source speculates.

So pricing and availability for the Huawei Mate 40 series might be similar, but without any rumors, we can’t be sure. All we can be certain of is that the range will not be available in the United States due to the Huawei prohibition, however with a new government in power that may not be the case.