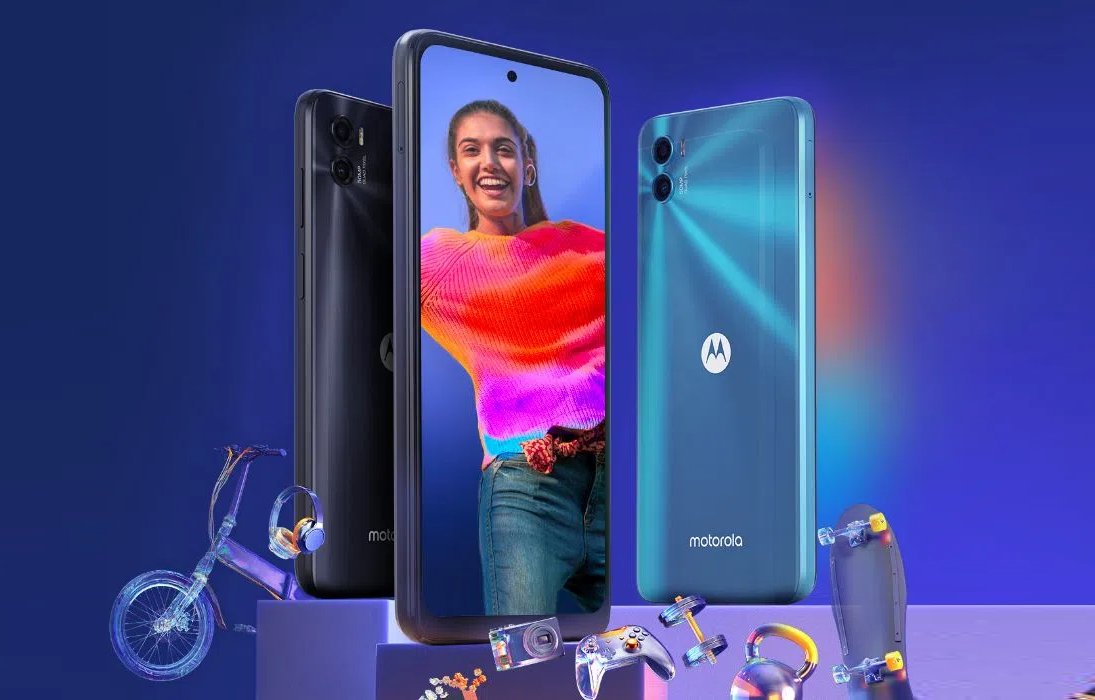 What’s the specification of the Motorola e32 smartphone?

Starting with the design side, this Motorola e32 smartphone features a new sleek-looking design with a shiny back on the rear side, probably it’s because of the glossy back it got.

On the glossy back, you also get to see a duo camera setup on the rear side. On the front side, we have a bigger screen which is a 6.5-inch bigger screen and is an IPS LCD panel that supports a peak resolution of HD+ resolution. This display also supports a peak faster refresh rate of 90Hz and comes with an aspect ratio of 20:9.

The phone gets its power from a powerful budget-friendly chipset from MediaTek which is the new Helio G37 SoC onboard. This smartphone is also coupled with a faster 4GB of RAM and it is coupled up with 64GB of internal storage and also alongside this Internal storage, you get support for expanding the storage up to 1TB with the help of a memory card.

Let’s now jump to the camera side of this smartphone! On the camera side, we get a main 50MP main camera sensor on the rear side which comes with support for the latest camera technology including the PDAF and also Quad Pixel Technology. Here the main sensor is coupled with a 2MP depth sensor for taking depth images. 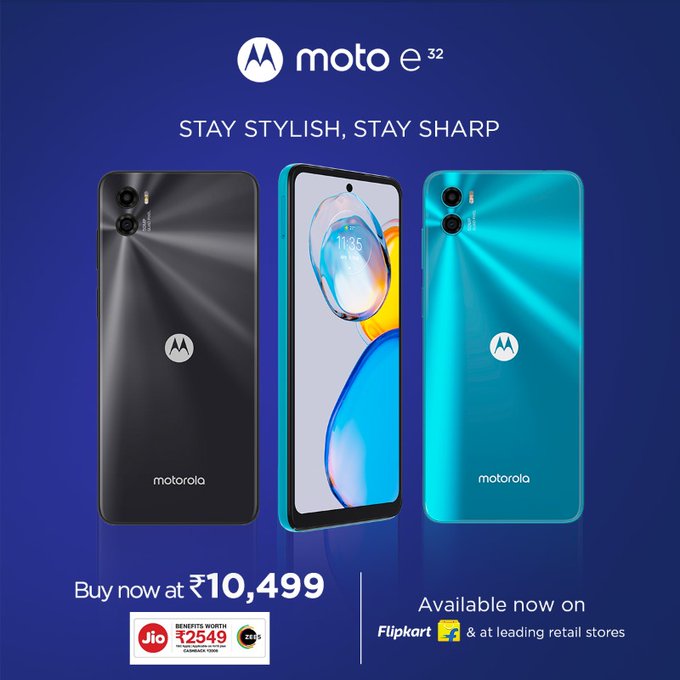 That was all about the specification side for this Motorola e32 smartphone, let’s now jump to the pricing side! Motorola India has finally announced this smartphone with a budget-friendly price tag. The smartphone has been priced at Rs. 10,499 and will be available for its sale via the Flipkart India platform.