Hubble Space Telescope, which has been exploring the universe for 30 years, encountered an issue with its payload computer on June 13. On June 14, NASA reported that an attempt to restart the computer failed. The telescope is still in “excellent health” with its scientific instruments. However, the operators kept the instruments in a safe mode as a precaution.

The agency’s first investigations suggested that a failing computer memory module caused the computer stoppage. However, when the operations team tried to switch to a backup memory module, the command to trigger the backup module failed. A further attempt to acquire more diagnostic information while attempting to bring these memory modules online once more was made on both modules. But such attempts did not succeed, NASA said. 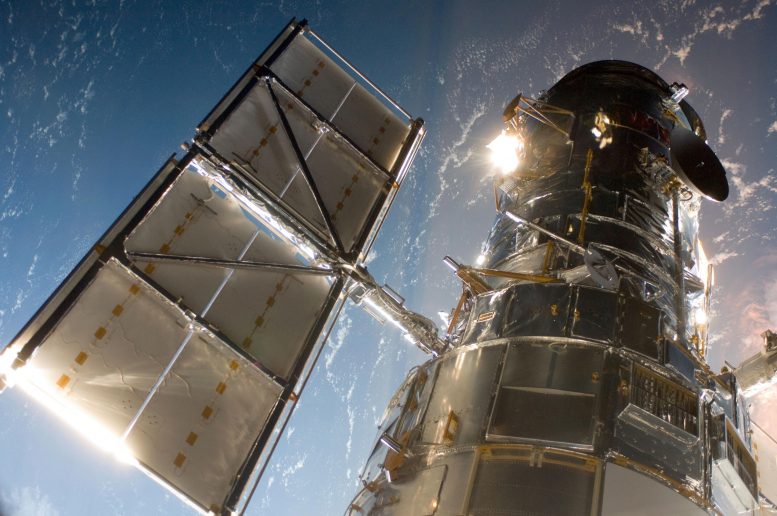 The payload computer is a NASA Standard Computer-1 (NSSC-1) system designed in the 1980s and installed on the Science Instrument Command and data handling unit. The function of the computer is to monitor the scientific tools and to monitor them for safety purposes. The payload computer’s technology dates back to the 1980s, and it was replaced in 2009 during maintenance work.

It is completely redundant because it has a second computer in orbit with all of its supporting equipment that can be switched to in the case of a malfunction. Both computers may very well access and use four stand-alone memory modules, each containing 64K of CMOS memory. Only one memory module is functional when in the payload computer, with the other three serving as backups.

The US Space Agency published a blog post on Friday on, “NASA continues to work on resolving an issue with the payload computer on the Hubble Space Telescope.”

The Hubble Space Telescope, which was launched in 1990 and transmitted back photos of the solar system, the Milky Way, and distant galaxies, redefined astronomy and transformed our understanding of the cosmos.

The James Webb Space Telescope, a new and more powerful version, will be launched later this year. It’s built to look farther into the universe than ever before.