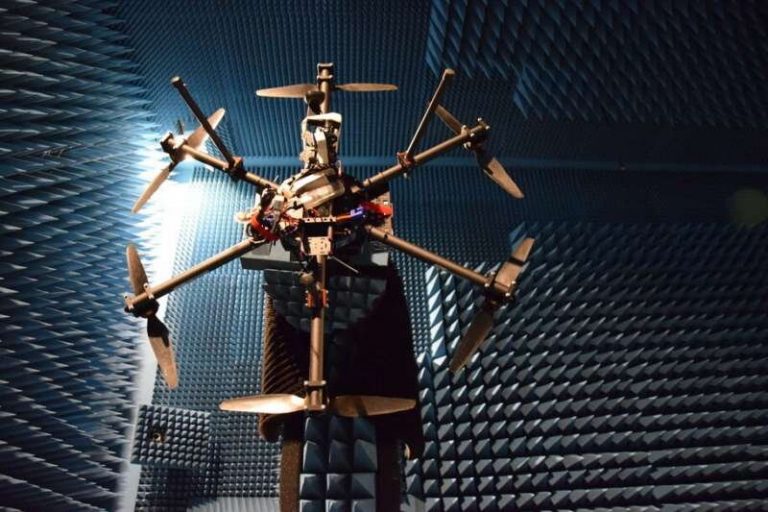 With the help of technology and the equipment designed from it, a lot of things are made easier now. One of the most common equipment is Unmanned Aerial Vehicles (UAV), which are popularly known as drones. Drones are used for various purposes such as aerial photography, mapping, search and rescue operations, shipping, law enforcement and agriculture to name a few.

However, although they are widely used to protect and improve public safety, the availability of drones in the wrong hands can lead to pretty undesirable situations. These situations can range from violation of safety and privacy to property damage. Another huge concern is the use of drones in order to carry out terror attacks which pose a threat to both public safety and national security.

In order to address this problem researchers at the Aalto University (Finland), UCLouvain (Belgium) and New York University (U.S.) have gathered an extensive amount of radar measurement data with an intention to improve the detection and identification of drones.

For this research, they measured the Radar Cross Section (RCS) of various drones that are available commercially and those which are custom made. The RCS indicates how the target reflects radio signals. It helps in identifying the size, shape and material of the drone.

Vasilii Semkin who is a researcher said that, “We measured drones’ RCS at multiple 26-40 GHz millimetre-wave frequencies to better understand how drones can be detected, and to investigate the difference between drone models and materials in terms of scattering radio signals.”

While adding further they said, “We believe that our results will be a starting point for a future uniform drone database. Therefore, all results are publicly available along with our research paper.”

One of the possible solutions for such threats posed by the drones is usage of radar technology. This technology monitors the presence of drones and prevents any possible threats. But their varying shape, size and composite materials makes them quite difficult to be detected.

Vasilii Semkin said, “There is an urgent need to find better ways to monitor drone use. We aim to continue this work and extend the measurement campaign to other frequency bands, as well as for a larger variety of drones and different real-life environments”

For more complex identification and to increase the probability of detecting drones while reducing fault detection, machine learning algorithms can be used as well as publicly accessible measurement data can be incorporated in the development of radar systems. According to the researchers, 5G based stations can be made in the future to carry out surveillance duties.

Ville Viikari who is currently serving as a Professor at the Aalto University said that, “We are developing millimetre-wave wireless communication technology, which could also be used in sensing the environment like a radar. With this technology, 5G-base stations could detect drones, among other things.”

With that being said, science and technology can serve as a double edged sword. It is a fact that science has been used for the progression of humanity and technology has made a lot of tasks way easier for us. However, when someone wants to misuse these tools it can summon a high level of destruction.

Keeping that in mind, there are always more exciting things to look forward to in the sector of science and technology and the products of innovativeness of scientists and researchers worldwide.