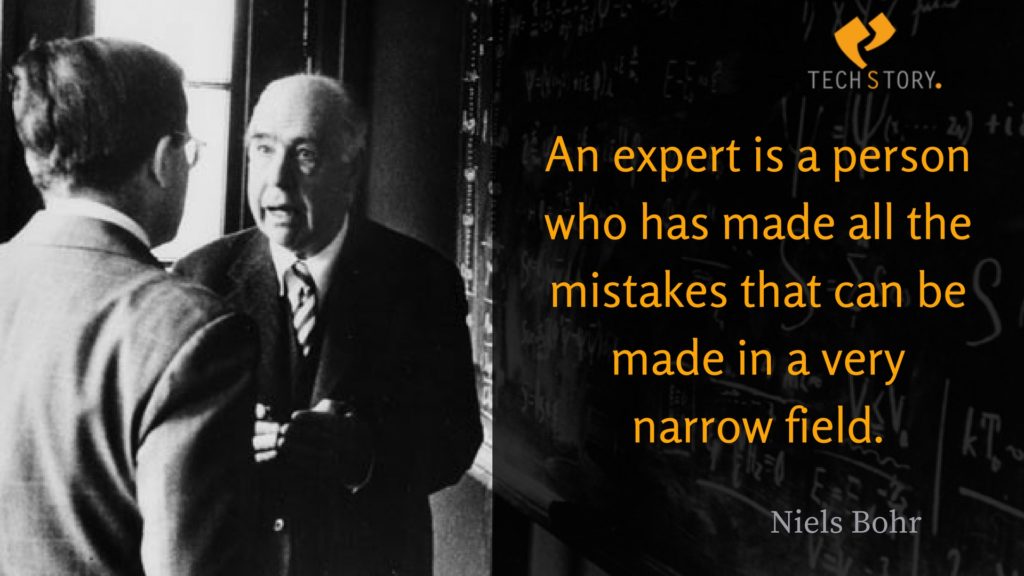 Niels Henrik David Bohr was a Danish physicist who made foundational contributions to understanding atomic structure and quantum theory, for which he received the Nobel Prize in Physics in 1922. Bohr was also a philosopher and a promoter of scientific research.

Bohr was born in Copenhagen, Denmark, on 7 October 1885, the second of three children of Christian Bohr, a professor of physiology at the University of Copenhagen, and Ellen Adler Bohr, who came from a wealthy Danish Jewish family prominent in banking and parliamentary circles. He had an elder sister, Jenny, and a younger brother Harald. Jenny became a teacher, while Harald became a mathematician and Olympic footballer who played for the Danish national team at the 1908 Summer Olympics in London. Bohr was a passionate footballer as well, and the two brothers played several matches for the Copenhagen-based Akademisk Boldklub (Academic Football Club), with Bohr as goalkeeper.

He developed the Bohr model of the atom (and later the “liquid drop” model) and the principles of correspondence and complementarity. He mentored and collaborated with many of the top physicists of the century at his institute in Copenhagen, where he and Werner Heisenberg developed the “Copenhagen interpretation” of quantum theory. He is recognized as one of the most influential physicists of the 20th Century, and received the Nobel Prize in Physics in 1922 “for his services in the investigation of the structure of atoms and of the radiation emanating from them”.

In 1913, on the basis of Rutherford’s theories, Bohr developed and published his model of atomic structure, known as the Bohr model, which depicts the atom as a small, positively-charged nucleus surrounded by negatively-charged electrons that travel in circular orbits around the nucleus, similar in structure to the Solar System, but with electromagnetic forces providing attraction, rather than gravity.

He also introduced the idea that the electrons travel in discrete orbits around the atom’s nucleus, the chemical properties of the particular element being largely determined by the number of electrons in the outer orbits. In addition, he proposed that an electron could drop from a higher energy orbit to a lower one, emitting a photon of discrete energy in the process, which became part of the basis for quantum theory. It was largely for this early work that Bohr was awarded the Nobel Prize in Physics in 1922, “for his services in the investigation of the structure of atoms and of the radiation emanating from them”.

Heisenberg and his influence

Werner Heisenberg worked as Bohr’s assistant at the Institute from 1926 to 1927, and the two men worked closely on the mathematical foundations of quantum mechanics. It was during this fertile period in Copenhagen that Heisenberg developed his famous uncertainty principle. It was also during this period that Bohr developed his principle of complementarity, the idea that that particles could be separately analyzed as having several contradictory, and apparently mutually exclusive, properties (an example being the wave-particle duality of light, where light can either behave as a particle or as wave, but not simultaneously as both).

The two physicist also grappled at this time with the philosophical implications of quantum theory, and the extent to which it reflected the reality of the everyday world. Although they were not in complete agreement, their general position was popularly referred to as the “Copenhagen interpretation”, which in broad terms stated that reality could only be ascribed to a measurement, and that quantum effects themselves were essentially characterized by indeterminacy.

His way in to the Manhattan project

During the Second World War, Denmark was occupied by the German forces, and Bohr, who was quite aware of German nuclear research (especially given his friendship with Heisenberg, who was intimately involved in German nuclear power research, although he was resisting involvement in the development of nuclear weapons), had to be very careful in his dealings and communications. For example, when the British intelligence services inquired about Bohr’s availability for work or insights of particular value, he made it quite clear that he could not help. Eventually, in 1943, Bohr was forced to flee the German authorities, partly because of his Jewish ancestry, and partly due to the anti-Nazi views he made little effort to conceal, escaping to Sweden shortly before he was to be arrested by the German police.

From Sweden he travelled on to London, and became involved for a time with Project “Tube Alloys”, the code-name for the British nuclear weapon program, and the search for a viable nuclear fission bomb. He also worked at this time on the American equivalent, the Manhattan Project, at the top-secret Los Alamos laboratory in New Mexico, United States, where he was apparently known by the assumed name of Nicholas Baker for security reasons.

He gradually assumed an important role as a senior consultant in the Manhattan Project, but he was also concerned about a potential nuclear arms race and he firmly believed that atomic secrets should be shared by the international scientific community. To this end, he had high level discussions with both the U.S. President Franklin D. Roosevelt and the British Prime Minister Winston Churchill. Churchill in particular was vehemently against sharing such secrets with Soviet Russia and considered Bohr as potentially unstable and a dangerous security risk.

After the War, Bohr returned to Copenhagen, where he was awarded the Order of the Elephant (Denmark’s highest decoration, the equivalent of a knighthood) by the Danish government in 1947. He continued to serve in many public roles, notably as president of the Royal Danish Academy, a position he held from 1939 until his death in 1962. He also continued to advocate the peaceful use of nuclear energy, and addressed an “Open Letter” to the United Nations on the subject in 1950. However, it was only later in the 1950s, after the immense surprise that the Soviets had developed nuclear weapons independently, that the International Atomic Energy Agency was created, very much along the lines of Bohr’s original suggestion.

His thinking can be explained with his own quote, “Never express yourself more clearly than you are able to think.”