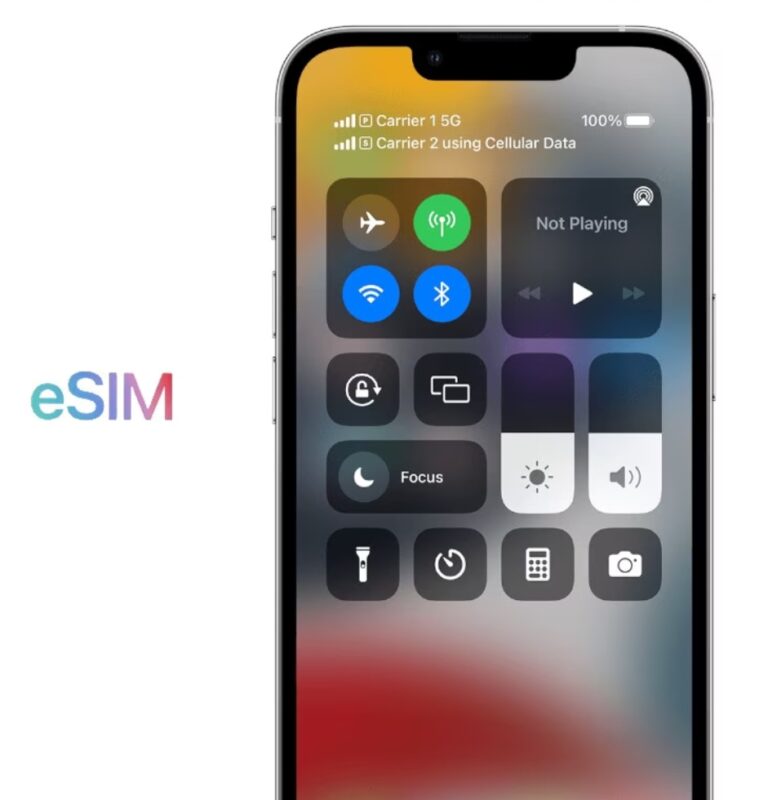 Apple launched its new iPhone series for this year which is the iPhone 14 series last week. There were many such features which innovated and introduced officially by Apple.

Giving you a few glimpses about the features Apple has come up with, so, a satellite connectivity feature was introduced which helps in communicating and sending SOS (emergency call messages) for the users who got stuck in the remote place without cellular connectivity, then we got to see a new camera system upgrade alongside with the Pro model iPhone adopting for a new design in the front which is so-called “Dynamic Island” where the new iPhone Pro models feature a Pill shaped notch and then one of the major features we got to see was Apple completely transitioning to the new technology known commonly for the name as eSIM.

Talking more about the eSIM functionality, we already have covered a detailed article about what is eSIM all about and the US carriers which supporting eSIM, and also the smartphone manufacturers who have adopted eSIM functionality, you can checkout the article here.

Now, getting back to the eSIM thing in Apple iPhone 14 series. it’s not quite new for Apple to feature eSIM as already from 2018 iPhones, eSIM functionality has been provided.

And all these years,  these iPhones came up with the support by providing an option for a physical sim and also a eSIM so it was upto the end user whether he or she wants to opt for an eSIM or go with a physical sim option.

However, for this year’s iPhone series there is a big catch, as it’s been confirmed that this year iPhones will not be shipping with SIM card slot. Although, this is only applicable to the iPhones sold within the US region. So, only eSim will be found in today’s iphones.

Talking more about the eSim functionality, one of the spokesman of Apple reportedly said that this year’s iPhone models comes with the support for up to 8 eSim where two eSIM can be used actively in the same time.

With the new iOS update for iOS 16, this new iphone 14 series makes it more easier to work with the functionality for eSIM and also Apple has reportedly added the Feature to to help the iPhone user to switch between the networks with minimal efforts and also the Cupertino giant has made it easy for the users to switch their eSIM within iPhones with Bluetooth connectivity.