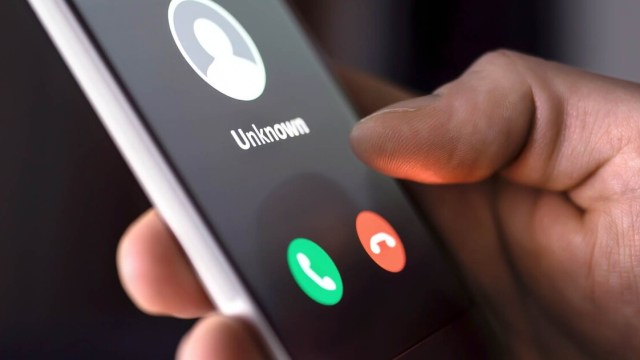 Under new proposals from Ofcom to combat the rising number of fraudulent calls, UK communications companies have agreed to prohibit VoIP calls made from overseas if they pretend to be from a UK number.

The regulator recently reported that throughout the summer, 45 million people were targeted by a strange call or text, and it feels that part of the problem is the simplicity with which scammers can spoof a British phone number.

The use of a UK-based phone number lends credibility to the hoax and increases the likelihood of it succeeding.

The regulator, according to The Telegraph, wants carriers to put in place protective measures as soon as possible, claiming that doing so will dramatically lower the volume of bogus communications. Only people roaming from overseas on a British phone and confirmed call centres would be exempt from the ban, according to the plans.

According to reports, one operator has already activated the capability, while others are still looking at technical options.

Although some commentators have noted the possibility of discriminating against such use cases, Ofcom feels that the technology makes large-scale frauds easier to stage and that its action will prevent hundreds of millions of calls every year.

“Tackling this complex problem requires a coordinated effort from the police, Government, other regulators and industry,” Lindsey Fussell, Ofcom’s Networks and Communications Group Director is quoted as saying.

“We’ve been working with telecoms companies to implement technical solutions, including blocking at source, suspicious international calls that are masked by a UK number. We expect these measures to be introduced as a priority, and at pace, to ensure customers are better protected.”

Every year, millions of people around the world use internet-based calling technology, commonly known as Voice Over Internet Protocol (VoIP), to make free or low-cost phone calls.

WhatsApp, Skype, Zoom, and Microsoft Teams are some of the popular services that leverage this technology.

The storey was initially reported by the Sunday Telegraph, which quoted Whitehall sources who questioned Ofcom’s objectives.

They claim that restricting traffic from international VoIP providers will not prevent scam texts and calls because much of the UK still uses 1970s-era copper-based networks.

However, according to some experts interviewed by the BBC, this is not the case.

Many enterprises, in addition to consumers, use VoIP technology for internal corporate phone networks.

When a corporate phone network makes a call, the call is transferred from the internet to the phone networks via a VoIP provider.

According to Gabriel Cirlig of the US cyber-security firm Human, telecoms companies are not scrutinising the traffic they get from VoIP providers, instead simply allowing it to pass across the network.

“Recently, because of the ease in implementing your own private-enterprise telephone system, everybody can have access to critical telephone infrastructure,” Mr Cirlig said.

“Because of this lower barrier of entry, it is very easy for scammers to build their own systems to spoof mobile numbers – the cyber-criminals are essentially pretending to be legitimate corporate telephone networks in order to have access to legitimate telco infrastructure.”

He goes on to say that for the time being, the VoIP provider is responsible for ensuring that the calls it sends to telecoms networks are legal.

“This is not a regional problem or restricted to one type of infrastructure, this is a systemic issue that allows crime to cross any borders,” said Mr Cirlig.

“This feature is enabling the VoIP business model so they don’t want to stop it.”