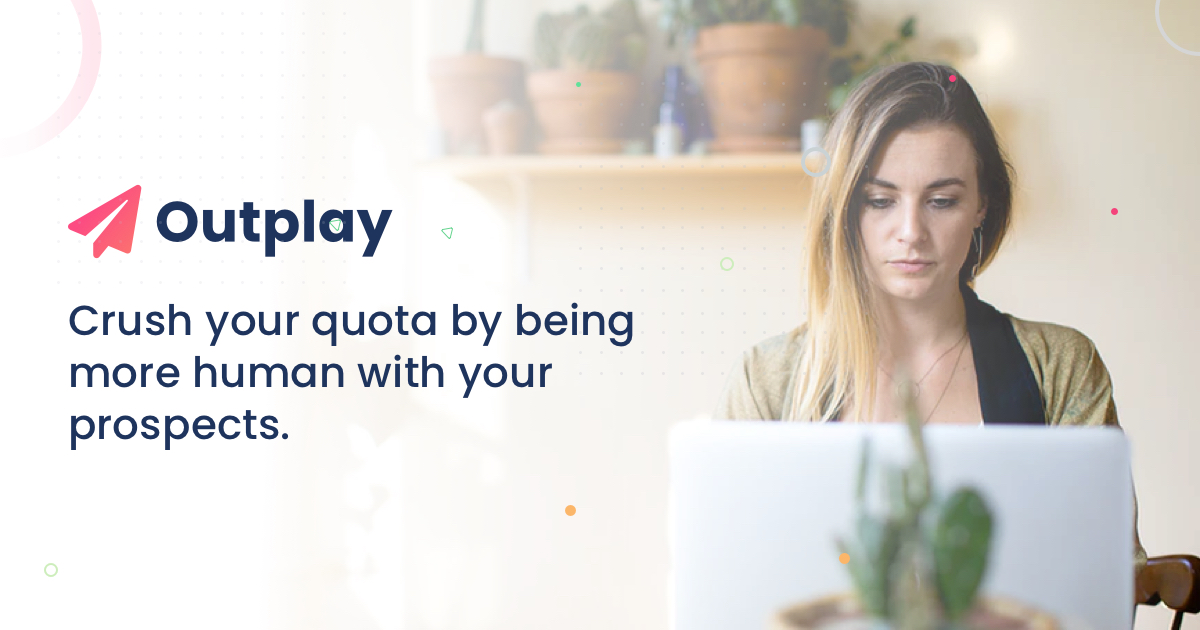 Outplay is a United States-based SEP or Sales Engagement Platform that has recently announced to have raised USD 2 million in its latest Seed funding round led by Sequoia Capital India’s Surge.

The sales-related platform headquartered in the United States of America is known to help and assist sales teams to plan, track, optimise, measure and execute various interactions between the companies and their potential clients across diversified channels. The platform is known to target Small and Medium Enterprises in the industry. It enables companies to engage in genuine conversations with their prospects at scale and get insights on leads to drive the overall revenue growth.

Outplay was founded last year in 2020 by Laxman Papineni and Ram Papineni who are brothers and also founders of AppVirality, a referral marketing software that was previously built by the two brothers, as mentioned in a report by Economic Times.

Sale representatives are said to be the backbone of any business which is true because the better the sales team of a company, the better performance the company gives to mature those leads. Outplay, as a platform helps these sales representatives or rather fully functional sales teams to automate their daily tasks across more than one channel including social media applications, emails, texts and phone calls through a single interactive interface. This makes the sales team more productive and organised on a daily basis.

According to a report by YourStory,

Laxman Papineni, Chief Executive Officer and co-founder, Outplay mentioned in a statement that Outplay is an easy to use, set-up and configure platform which helps sales leaders to get immediate insights into the operations of a business. He added that the platform saves more cost and time for companies who use it as compared to the traditional CRM platforms.

Doing sales is definitely not an easy task and sales representatives have to deal with a lot of stuff to get through a productive workday. This productivity poses several challenges including time-consuming administrative tasks, getting responses and feedbacks from prospective clients and most importantly, maintaining a personal relationship with the customer in the post-sale process, as mentioned in the report.

To this, Co-founder Laxman says that Outplay platform is very efficient and helps sales representatives to ‘not drop off the ball’. He adds that they continue the conversation with personalised chat on the platform by hiding chatbots which often requalify a potential lead by repeatedly asking questions that the sales representative is already aware of. Lastly, Laxman concludes by saying that this feature is not available on other SEPs.