Press Renders With Specifications Leaked For The Upcoming Asus ZenFone 8 & ZenFone 8 Flip Asus ZemFone 8 series is on edge for its launch, now the press renders surprisingly for first Asus flip phone got leaked including the specification before making to the launch, checkout for more 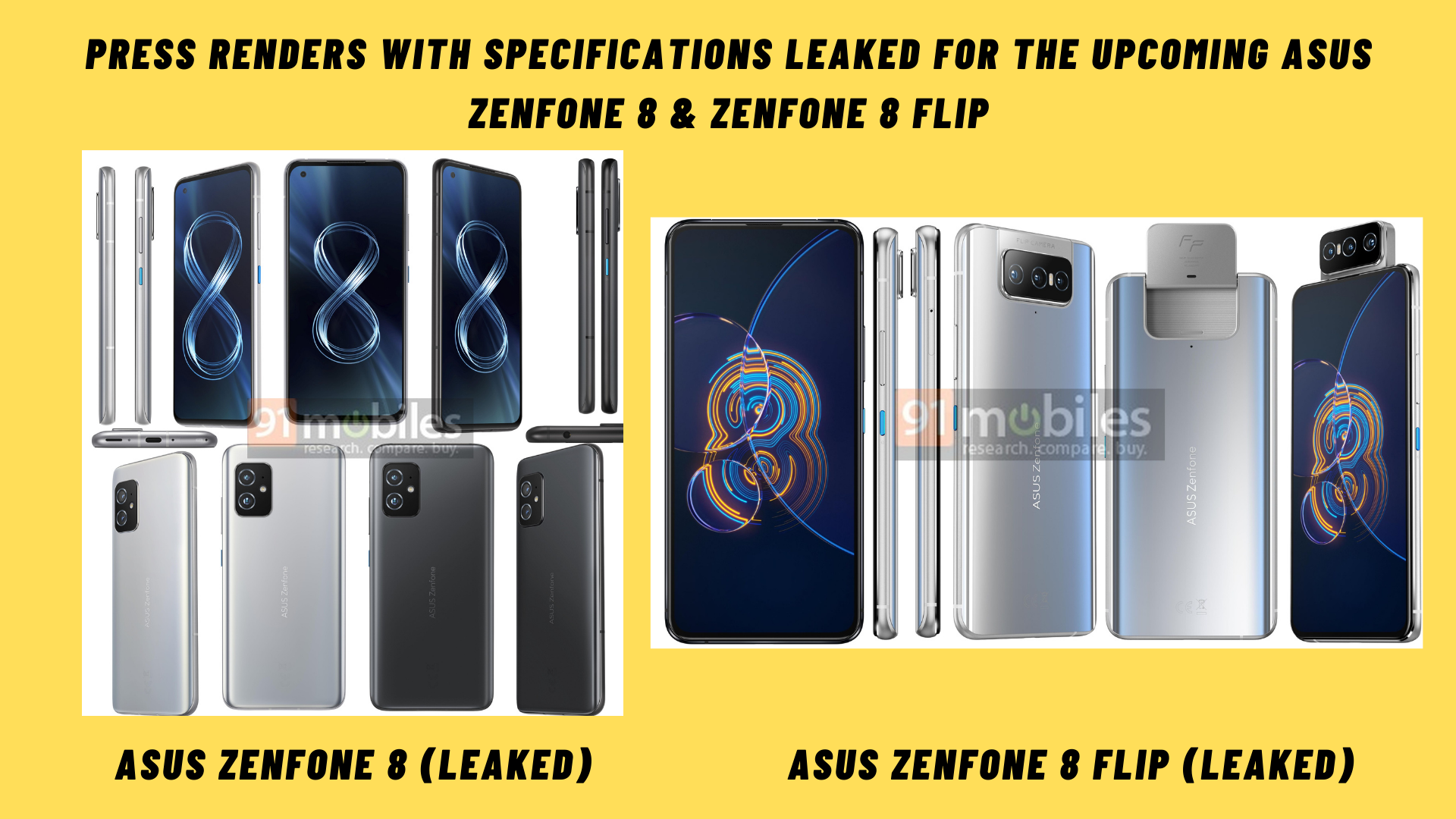 On the 12th of May, Asus will unveil its new flagship smartphone model, the ZenFone 8 series, to the rest of the world. The press renders and full specs sheet of the forthcoming gadgets have leaked online ahead of their official unveiling (courtesy of 91Mobiles).

Next week, Asus will release the ZenFone 8 and the ZenFone 8 Flip, all of which have a flip sensor. So, here are the technical details of these two phones: 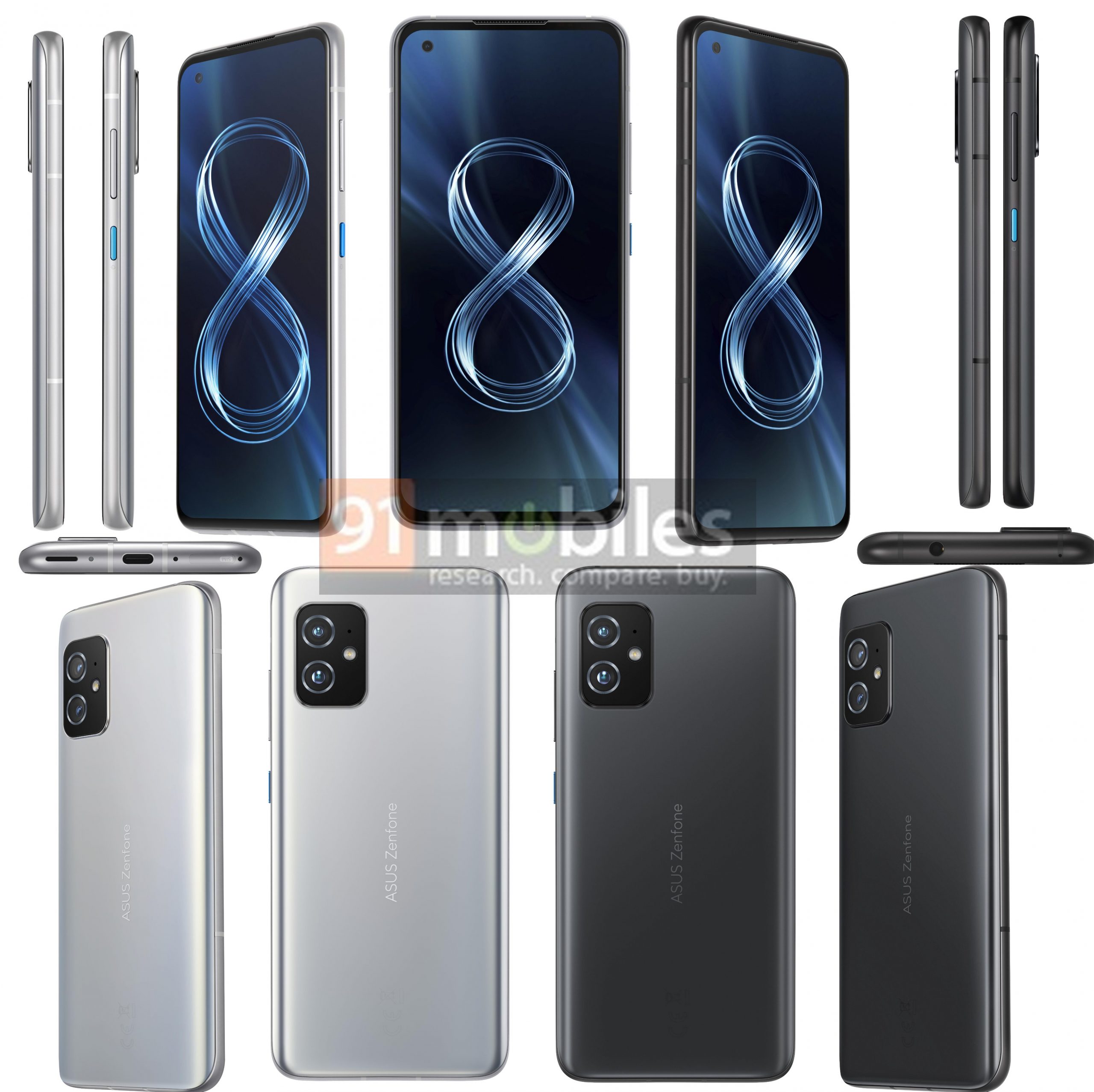 The basic ZenFone 8 has a more conventional configuration and lacks a flip camera. It will have a 5.92-inch Full-HD+ AMOLED monitor, according to 91Mobiles. Since the refresh rate isn’t specified in the paper, we’ll say it’s a standard 60Hz screen.

There’s even a punch-hole cutout for the selfie camera at the top left-hand corner of the board, as seen in the renders above. On the other side, the dual-rear camera setup would feature a 64MP main sensor and a 12MP ultra-wide lens with a macro mode. A telephoto camera is not included in this small phone.

This handset will also come equipped with the Snapdragon 888 5G chipset. According to the report, the phone will also have 8GB of RAM and 128GB of built-in capacity. A 5,000mAh battery with 30W charging is also included. The inclusion of a 3.5mm headphone port, which is still a rarity in high-end flagship smartphones, will be the ZenFone 8’s highlight. 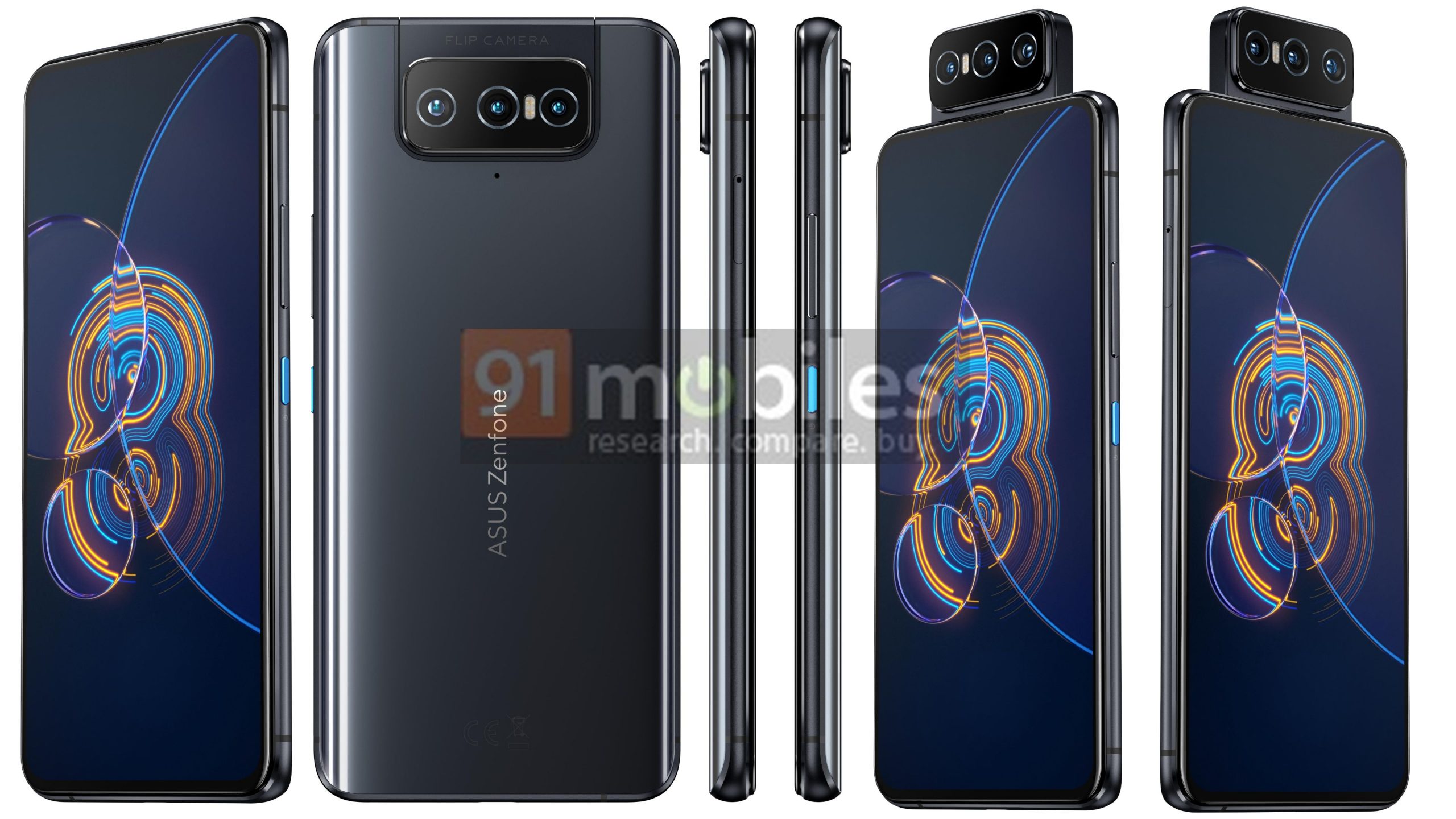 The motorized flip camera will be available on Asus’s new flagship smartphone. The ZenFone 8 Flip will have a 6.67-inch Full-HD+ AMOLED touchscreen with a refresh rate of 90Hz on the front. On the front, there are no punch holes, notches, or wide bezels. In this case, the flip camera often serves as a selfie camera.

The motorized triple camera system on the Asus ZenFone 8 Flip is said to include a 64MP Sony IMX686 sensor. A 12MP ultra-wide camera (with 4cm macro support) and an 8MP telephoto camera are also included.

The ZenFone 8 Flip will be powered by Qualcomm’s flagship Snapdragon 888 5G chipset. It’ll have 8GB of LPDDR5 RAM and 256GB of UFS 3.1 capacity. Out of this case, the system will run ZenUI, which is built on Android 11 and is similar to stock. A huge 5,000mAh battery with 30W rapid charging is also included.

So, are you looking forward to an Android flagship that will compete with Apple’s major selling flagships like iPhone 12 mini and other Android flagships like the OnePlus 9 series? Let us know what you think in the comments section below. Again, stay tuned to Tech Story for updates on pricing and availability, as we will be covering the launch live next week.