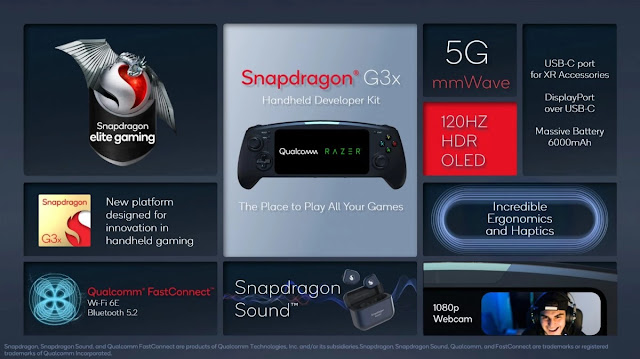 Many of the greatest gaming phones are already powered by Qualcomm’s Snapdragon processors. However, the chip manufacturer feels it has more to offer gamers in the shape of a specific platform of chipsets designed for portable gaming devices.

That is the concept underlying Qualcomm’s new Snapdragon G3x Gen 1 system-on-chip, which was announced today (Dec. 1). The G3x is envisioned by Qualcomm as a processor designed to power the next generation of gaming devices.

To that aim, Qualcomm is demonstrating more than a new chipset. It’s also collaborating with Razer to create its own portable gaming device powered by the Snapdragon G3x Gen 1. Unfortunately, the Snapdragon G3x Handheld Gaming Developer Kit will not be available to the general market.

Furthermore, it’s aimed squarely at game creators, allowing them to create programmes that are specifically targeted to the sorts of devices that Qualcomm sees as the future of gaming. Officials at Qualcomm see the Snapdragon G3x platform as a logical extension of what the chipmaker already does with smartphones, PCs, vehicles, wearables, and mixed reality gadgets. In such cases, Qualcomm saw a need and developed chipsets focused on performance and connectivity, and it hopes to do the same in gaming.

Snapdragon G3x Gen 1 – What specification does it offer? 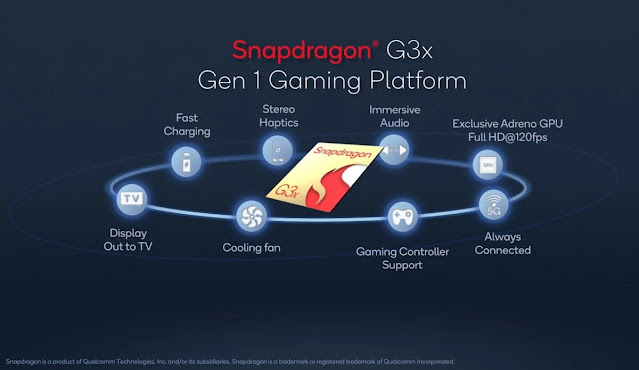 Qualcomm’s Adreno GPU, which is also included in its mobile phone chipsets, will be included in the Snapdragon G3x. In the case of the G3x, the Adreno GPU will be capable of supporting 144-frame-per-second games with 10-bit HDR. The chipset will have both a cooling system and compatibility for gaming controllers.

Since this is a Qualcomm chip, the connection is a big deal, with the Snapdragon G3x enabling both sub-6Hz and mmWave-based 5G. Qualcomm’s FastConnect 6900 Mobile Connectivity capability also supports Wi-Fi 6 and 6E. The mainline is that for online gaming, you should anticipate high internet rates with little latency.

The Snapdragon Sound capabilities should give an immersive audio experience, and the chipset will have video out for connecting to a 4K monitor. The Snapdragon G3x will also support tethering with mixed reality headsets, allowing the processor to power multi-screen experiences.

The Snapdragon G3x will also feature Snapdragon Elite Gaming capabilities, which have been included in Qualcomm silicon in recent years as part of Qualcomm’s endeavor to bring desktop-style gaming to mobile devices.

Earlier Snapdragon Elite Gaming upgrades included desktop forward rendering for improved lighting as well as installable GPU drivers. Qualcomm has integrated an Adreno Motion Engine in this year’s Snapdragon 8 Gen 1 release, which improves frame rates while consuming more power, as well as a volumetric rendering for more accurately depicting things like fog and mist in games. You’d expect that the Snapdragon G3x Gen 1 would be equivalent. 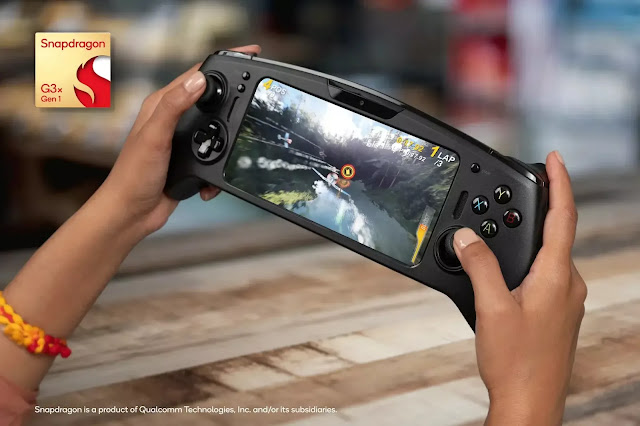 Qualcomm and Razer’s Handheld Gaming Developer is powered by Qualcomm’s Snapdragon G3x chipset. The portable gadget resembles an enlarged Game Gear. The presence of a 6.65-inch OLED display bordered on either side by controllers gives the portable gadget the appearance of a Nintendo Switch mashed up with an Xbox Duke Controller.

Qualcomm did not design its portable gaming device with the intention of making a big mark in the gaming world. Instead, game developers will utilize the development kit to gain a taste of what the Snapdragon G3x is capable of, and then retool their games to be optimized for future devices that will undoubtedly run on Qualcomm’s freshly disclosed hardware.

Aside from the 120Hz display, the Handheld Gaming Developer Kit features a 5MP camera with two microphones capable of capturing 1080p video – ideal for live-streaming gaming sessions. There includes a USB-C port for attaching peripherals like headphones, as well as a DisplayPort over USB connector for connecting to external displays.

You also get 4-way speakers and the option to pair the device with Bluetooth headphones. A 6,000 mAh battery powers the device. Qualcomm sees its prototype device as a place to play all of your games, even if they’re stored on the cloud, on your PC, or as part of a gaming console. We’ll have to wait and watch whether game developers agree and are driven to optimize their games for this sort of portable device by the Snapdragon G3x Portable Gaming Developer Kit.