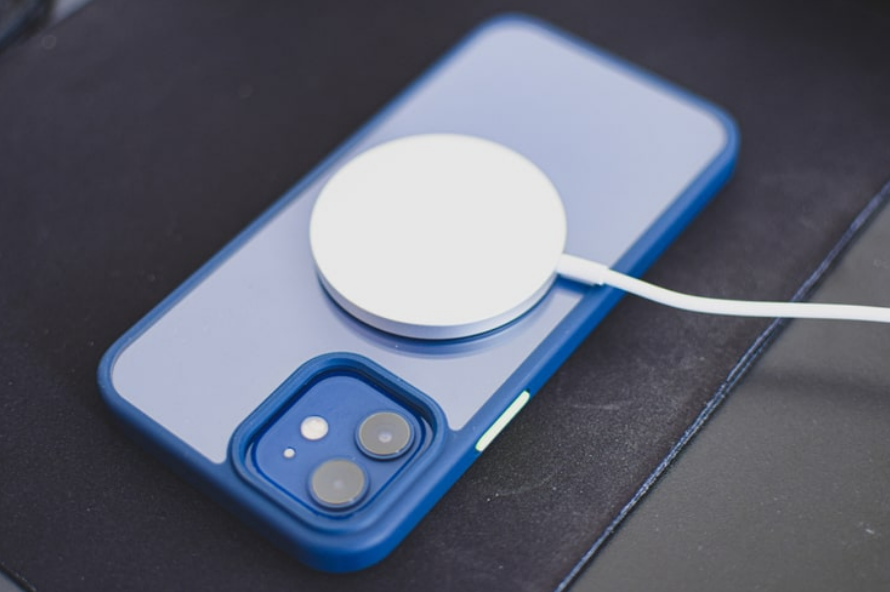 Realme, a Chinese smartphone manufacturer, may be developing a wireless charging system similar to Apple’s MagSafe. The firm has just applied for a trademark in both the European and Indian certification systems. Realme’s version of MagSafe will be named “MagDart,” according to these papers, and it might hit the market shortly.

The trademark application was submitted at the European Union Intellectual Property Office after being discovered by respected tipster Mukul Sharma (EUIPO). Realme has also submitted the MagDart trademark application at India’s CGPDTM (Controller General of Patents, Designs, and Trade Marks) website, according to a report from MySmartPrice.

Wow! Realme files the trademark for MagDart. Could most likely be an upcoming fast wireless charging tech like Apple's MagSafe.
Feel free to retweet.#Realme #MagDart pic.twitter.com/lkOoBLIbAl

For those who aren’t aware, Apple brought back its MagSafe charging mechanism with the iPhone 12 series last year. This charging technology uses magnets on the back of a smartphone to let users connect MagSafe-compatible peripherals like the new Apple Battery Pack, wallets, charging vehicle mounts, and other accessories.

Realme’s latest trademark filings indicate that the Chinese company is developing a similar charging mechanism for future products. Apart from the MagDart name, the application does not reveal anything about the charging mechanism. And, given that Realme’s existing fast-charging technology is known as Dart Charge, we can assume it’ll be a charging technique. 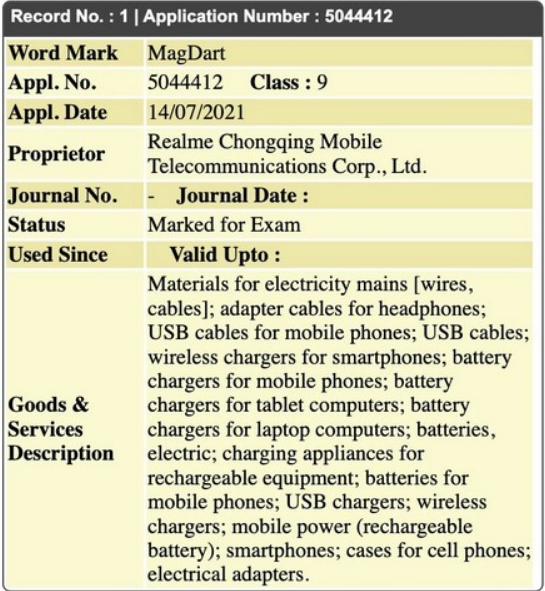 It’s worth noting that Realme has yet to make an official announcement about MagDart. Furthermore, the company’s existing smartphones, such as the Realme GT 5G and the Narzo, lack the necessary hardware to allow MagSafe-like charging.

Apple’s official MagSafe battery pack has been secretly launched for $99. Apple’s MagSafe Battery Pack is now available for purchase on their website. The Battery Pack is only available in white with a matte finish and is recharged through a lightning connector.

Apple does not offer a charger or cord with the Battery Pack, nor does it specify how much this device will prolong the battery life of an iPhone. The Pack has a capacity of 11.2-watt hours or 1460 mAh, according to 9to5Mac, which might be enough to fully charge the iPhone 12 mini.

As a result, we believe it will be some time before Realme releases a MagSafe rival on the market. We’ll keep you up to date on the latest advancements in MagDart technology. We will be updating you with more in the future, so keep an eye on our website for additional details.