Rumors suggest that the iPhone 14 might lose the notch, without losing face ID. According to a report from 9to5Mac, Apple has registered a patent for an imaging sensor embedded display. 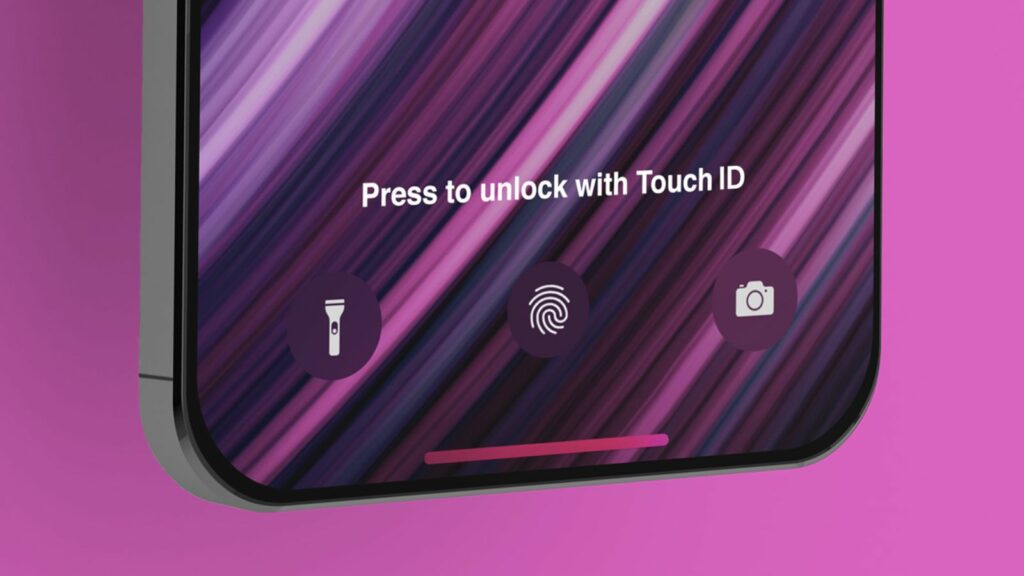 When removing the home button in the 2017 flagship iPhone design, Apple had to find a new position for the biometric sensor that was previously there. The solution was to carve out a “notch” on the front panel of the iPhone X, after which Apple fans wanted the notch to disappear.

Early rumors hint towards Apple planning to remove the notch from the 2022 iPhone, the iPhone 14. The way they’re going to do this is perhaps a Touch-ID sensor embedded in the display, or possibly a Face-ID sensor. Although, the embedded face id sensor seems to be a later addition to smartphones.

The current iPhones’ imaging sensor for face ID might look like part of the display but it’s not. It’s placed above the display, next to it.

According to a report from 9to5Mac, Apple has registered a patent for an imaging sensor embedded display.

In its patent application, Apple explains that the current iPhone design has the sensor next to the display instead of being part of it:

It goes on to describe a system of “through-display imaging” that would avoid this inconvenience.

“For simplicity of description, many embodiments follow reference construction in which an electronic device implements through-display imaging to capture one or more images of a fingerprint of a user touching a specified region (an “imaging region,” above an imaging aperture) of the display of the electronic device.”

This patent is about embeddedTouch-ID sensor but Apple notes that the same approach can be taken for face ID as well, and if the future iPhones can get both these features, it would make all users happy.

” As noted above, an electronic device can implement through-display imaging for any suitable imaging, sensing, data aggregation, or light capture purpose including, but not limited to […] face recognition.”

After successful iterations of it, it’s also possible to embed a front-facing camera into the display using the same technology.