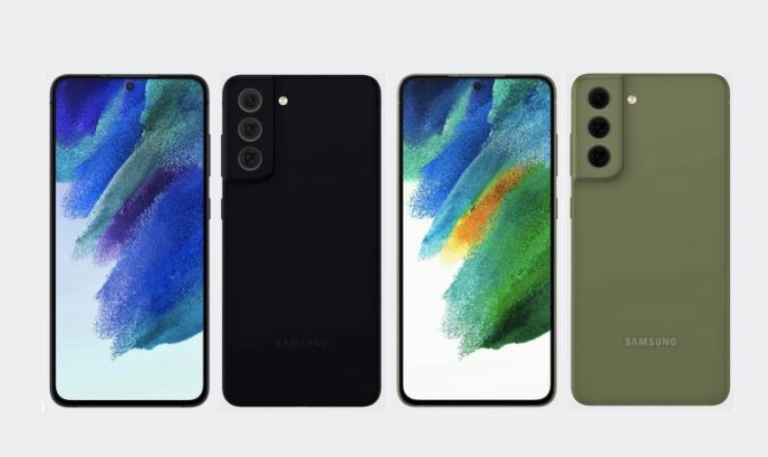 The Galaxy S21 FE was supposed to be unveiled at Samsung’s Unpacked presentation earlier this month. However, the firm simply revealed its latest foldable, the Galaxy Z Fold 3 and Galaxy Z Flip 3, instead. While we still don’t know when the Galaxy S21 FE will be released, we now have 3D renderings of the smartphone thanks to Evan Blass (evleaks).

After disclosing the Samsung Galaxy S21 FE’s color variations in June, Evan Blass has now published 3D CAD renderings of the device. We previously knew that the Galaxy S21 FE came in Gray, White, Olive Green, and Violet colors. A new Blue color variation is also seen in the latest leak. All of Sketchfab’s 3D models are available here.

The Galaxy S21 FE will include triple rear cameras, a punch-hole front camera, and a USB Type-C connector, according to the renderings. The Galaxy S21 FE lacks the 3.5mm headphone port, the same as its predecessor.

The smartphone will most likely have a 6.7-inch (17.01-cm) immersive display with a resolution of 1080 x 2400 pixels, allowing you to watch movies or play games in crystal clarity. The phone is also likely to come with an 8 GB RAM + 128 GB internal storage combination. You won’t have to worry about running out of space for your films, movies, music, and other material with that much internal storage.

This next phone’s camera specs are rather remarkable. On the back, the smartphone is likely to have a single camera arrangement. It will have 64 MP + 12 MP + 5 MP + 5 MP cameras, allowing you to take some stunning photos. On the front, the phone is said to include a 32-megapixel camera for taking selfies and video calls.

This Samsung smartphone is said to include an Octa-core (2×2.2 GHz Cortex-A77 & 6×1.8 GHz Cortex A55) CPU that allows for seamless and lag-free performance when using several apps and playing high-resolution games. The phone may also run the Android version 11 (Q) operating system and come with a 4500 mAh battery.

As a consequence, you won’t have to worry about your phone’s battery running out when you’re playing games, listening to music, viewing movies or videos, or doing other activities. The smartphone’s dimensions are 162.5 mm x 75.5 mm x 8.1 mm, and its weight is estimated to be approximately 185 grams.

Samsung is expected to make a quiet reveal of the Galaxy S21 FE without a special ceremony now that the Galaxy Unpacked event is over. We’ll keep you updated as soon as that happens, so stay tuned for additional details.