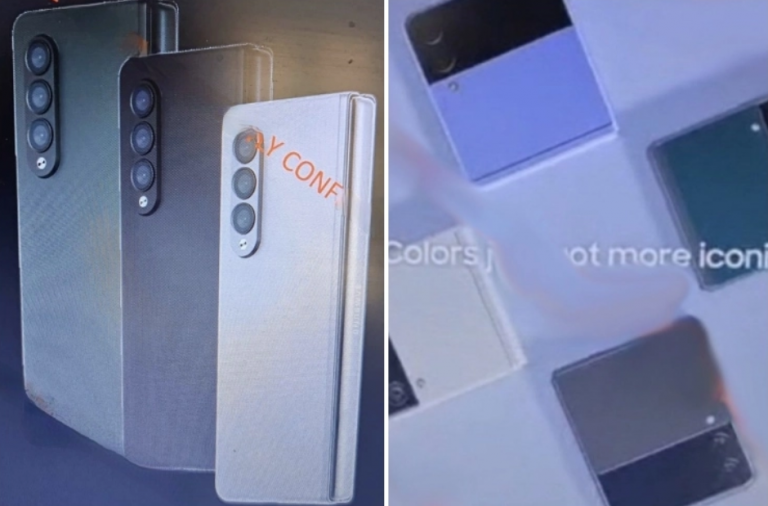 After announcing three new Galaxy Book notebooks and 2-in-1 tablets at its recent “Unpacked” case, Samsung is preparing to unveil two new foldable devices, the Galaxy Z Fold 3 and the Galaxy Z Flip 3, in the coming days. New leaks have revealed the machines in all of their glory.

Starting with the Galaxy Z Fold 3, we can see that the device has a vertical triple-camera module, which differs from the Contour-cut camera configuration used on the latest Galaxy S21-series devices.

In addition, a picture of the Galaxy Fold 3 with the S-Pen has surfaced, confirming the previous speculation about the system. It will also have a new Hybrid S-Pen and be the world’s first foldable smartphone with an under-display selfie snapper.

Samsung is also said to be incorporating a new “Armor” into the display, hinge, and bezel to increase the device’s longevity. Furthermore, the outer screen is expected to be protected by Gorilla Glass Victus for improved drop safety and scratch resistance. It will be available in three new colours: black, white, and a sea-green hue.

A dual-camera configuration can be seen beside the cover monitor as it comes to the cameras. While there isn’t much detail about the device’s optics right now, it should be a major upgrade over its predecessor.

When The Samsung Galaxy Fold 3 & Galaxy Flip 3 Will Be Available? (As Per Rumours)

When it comes to the devices’ release dates, Samsung has yet to announce anything. According to sources and a leaked Samsung product roadmap, the devices could be released in July of this year. So stay tuned in the coming weeks for more detail.