Senator Cynthia Lummis discloses a bitcoin purchase worth up to $100,000 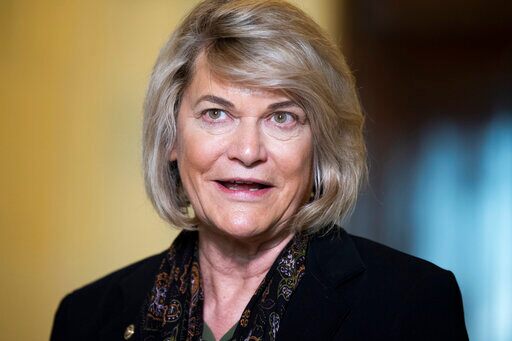 Pro-crypto senator, Cynthia Lummis just disclosed that she made a rather big bitcoin purchase worth up to $100,000. Senator Lummis has been a long-time supporter of bitcoin, working towards making people embrace the crypto world and its massive potential. The said bitcoin purchase was disclosed since she was required to do so as per the terms of the 45-day deadline set by the Stop Trading On Congressional Knowledge (STOCK) Act.

As per a  filing on Thursday, Senator Lummis purchased bitcoin worth between $50,001 to $100,000 on the 16th of August. The disclosure mandated by the STOCK Act fell outside the 45 – day deadline due to some internal errors which were later rectified without a penalty. Senator Cynthia Lummis has been pro-crypto for quite a long time and she expects Wyoming to emerge as a leader wherein financial institutions work in harmony with the crypto world. Her first bitcoin purchase was made in the year 2013 and she paid $330 per token. And as of June, she had in her possession five bitcoins. Support from an individual like Senator Lummis with a strong political background adds to solidifying the position of bitcoin.

The terms of the Stop Trading On Congressional Knowledge (STOCK) Act passed in 2012, make it mandatory for Congress members to disclose any sale and purchase of individual stocks, bonds, and commodity futures. The disclosure must happen within 45 days of the transaction. Other assets like mutual funds and the like are free of the 45 – day limit and have to be disclosed only once a year. The 45 – day schedule is in place so that these trade disclosures could be utilized to profit from nonpublic information. However, Senator Lummis’ disclosure of the purchase comes after the 45 – day limit owing to some “filing error.” The error was soon rectified with the Ethics community and the issue was resolved at the earliest without any penalty, according to a spokesperson from Lummis’ office.

This bitcoin purchase comes two weeks after an effort made by Lummis and two senators to add an amendment to the infrastructure bill passed by the senate which stood to limit the defining factors for the qualification of a cryptocurrency broker. The amendment was not put into effect and was eventually blocked.

Senator Lummis’ support and ownership of the world’s largest cryptocurrency has been a topic of discussion that piqued the interest of quite a number of people. Although the senator filed her annual financial disclosure form this April, it did not include the bitcoin. The bitcoin ownership was revealed in an amended disclosure. According to Quiver Quantitative, the recent purchase made by Senator Lummis holds the credit for being one of the very first cryptocurrency purchases.