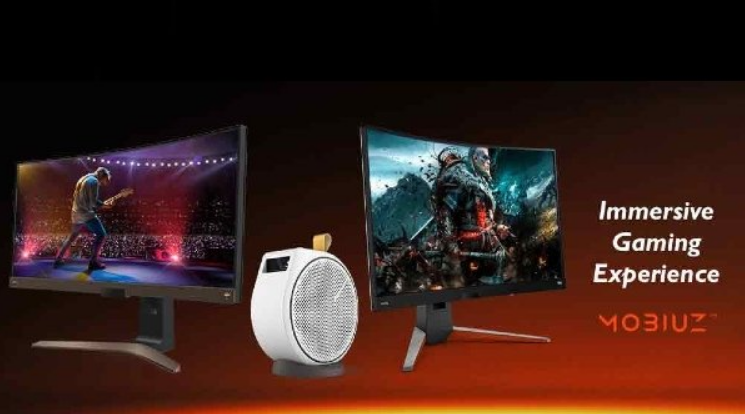 BenQ has introduced a slew of new goods in India, including the world’s first smart wireless portable projector with 2.1 channel speakers. In addition, the firm has released a number of gaming and entertainment monitors. Everything you need to know about the latest BenQ goods in India is right here.

The BenQ GV30 is a smart portable wireless projector that runs Android 9 and has 2.1 channel stereo speakers. The projector has 97 percent Rec 709 coverage, a 135-degree projected angle, and is designed to run for an extended period of time on a single battery. According to Amazon, the BenQ GV30 is offered in India for Rs. 49,990.

The firm has also introduced a new line of gaming displays known as the MOBIUZ gaming monitor series. The business has introduced six new gaming monitors, three of which are standard and three of which are curved. The majority of these displays include 1000R curvature, 165Hz refresh rate, 1ms response time, custom-tuned HDR, and AMD FreeSyncTM Premium Pro technology.

The MOBIUZ EX3415R is considered the range’s centerpiece, having an IPS LCD display with a 1900R curvature. Then there’s the BenQ EW3880R, a 2300R-curved entertainment display. This model has a WQHD+ screen resolution.

Similarly, the BenQ EW2880U, a flat entertainment monitor featuring a UHD 4K display, has been launched by the firm. Both versions have technology such as BenQ HDRi and treVolo 2.1, as well as the BenQ EyeCare function. Both versions have a narrow bezel design and can reproduce 1.07 billion colors.

Finally, the company has introduced the Zowie EC-3C E-Sports Mouse, which weighs less than 70 grams and has an asymmetrical ergonomic design as well as a configurable USB report rate of up to 1000 Hz. This is a wired gaming mouse that should work with PCs running any operating system.

BenQ has not disclosed any pricing information for many of these items. However, the business has verified that all of these goods will be accessible starting today through both physical and online retailers, including Amazon.