In the 24 hours coming up too early Wednesday, SHIBA INU (CRYPTO: SHIB) jumped 71.91 percent. Over a seven-day trailing period, the coin has increased by 209.35 percent. 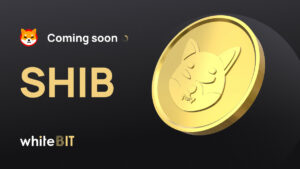 At press time, SHIB’s price had risen in lockstep with other major coins, including DOGE, as the global cryptocurrency market cap climbed 2.58 percent to $2.22 trillion.

SHIB drew a lot of attention on Twitter. According to Cointrendz data, the coin was mentioned in 4,862 tweets at press time, making it the second most-discussed cryptocurrency on the social media platform after BTC.

We are happy to announce that @Shibtoken ($SHIB) will join our exchange on the 7th of October.

On Stocktwits and Coingecko, SHIB saw a lot of interest from individual investors. WhiteBIT, a cryptocurrency exchange, said on Tuesday that SHIB would be listed on Oct. 7.

SHIB was listed on Coinbase Global Inc’s (NASDAQ:COIN) platform last month after previously being listed on Coinbase Pro. Following the introduction of cryptocurrency wallets by Robinhood Markets Inc (NASDAQ:HOOD), there is increased interest in SHIB’s listing on the latter.

An anonymous crypto whale purchased six trillion SHIB on Friday and another 276 billion worth of tokens on Saturday, kicking off SHIB’s next upward trajectory.

SHIB traded with a daily volume of 14.4 million on Tuesday, according to Benzinga’s Melanie Schaffer, compared to a 10-day average of 2.55 million. Shiba’s relative strength index was near 89 percent on Tuesday, putting it in the overweight category, according to Schaffer.