Siemens decides to leave Russia due to Ukraine war It is taking a hefty charge as it departs the Russian market. 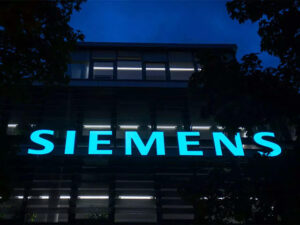 This week, Siemens announced that it would exit the market in Russia owing to the war in Ukraine. As it happens, it takes a 600 million euros hit to its business at the time of the second quarter. Currently, Siemens comes up as the newest organisation to suffer losses as it decides to leave Russia. Previously, many other businesses exiting the market witnessed the same after the Ukrainian invasion since February, 24. The engineering giant presently employs 3,000 people in Russia.

For the past two months, many companies such as tech and retail giants have left the Russian market. Brewers such as Carlsberg, Heineken and Anheuser Bush Inbev left Russia. Retail giants such as Inditex (Zara), H&M, along with sportswear maker Adidas, and carmaker Renault took similar decisions. These companies, along with various banks have clearly suffered through losses from halting their businesses in Russia.

Currently, Siemens is in the process of wrapping up all of its industrial operations in the country. The German engineering and technology giant specified this on May 12. Previously, it has suspended the newer deliveries and new projects in Russia it began its assault on Ukraine. CEO Roland Busch gave in a statement saying how the company is joining the ‘international community’ against the ongoing war in Ukraine. He stated that Siemens is determined to support their people and offer ‘humanitarian aid.’

“Today, we announced our decision to caret out an orderly process to wind down our industrial business activities in Russia.”

Siemens reported an impairment of 600 million euros, along with other charges mainly recorded at its train-making mobility businesses. It states that this was following the ‘sanctions imposed on Russia.’ Due to these, it had to incur a downturn of 200 million euros as well.

These charges resulted in a profit downturn at the company’s second quarter. Other than making and maintaining high speed trains in Russia, it makes industrial software and controllers.

In the three months towards the end of March, the tech giant’s net income dropped 50% i.e., 1.21 billion euros. The figures from 2021 went up to a gain of 900 million owing to Siemens selling the gearbox maker Flender. It posted industrial profit of 1.78 billion, which was down 13% on a previous year. It ended up missing analyst’s forecast of 2.39 billion euros.

However, the demand was comparatively up by being 22% higher, with a 7% higher revenue. Resultantly, it confirmed outlook of the entire year with the comparable revenue growth of 6-8%. Additionally, it confirmed the downturn in mobility to be possibly compensated by a better development in other parts of the business.