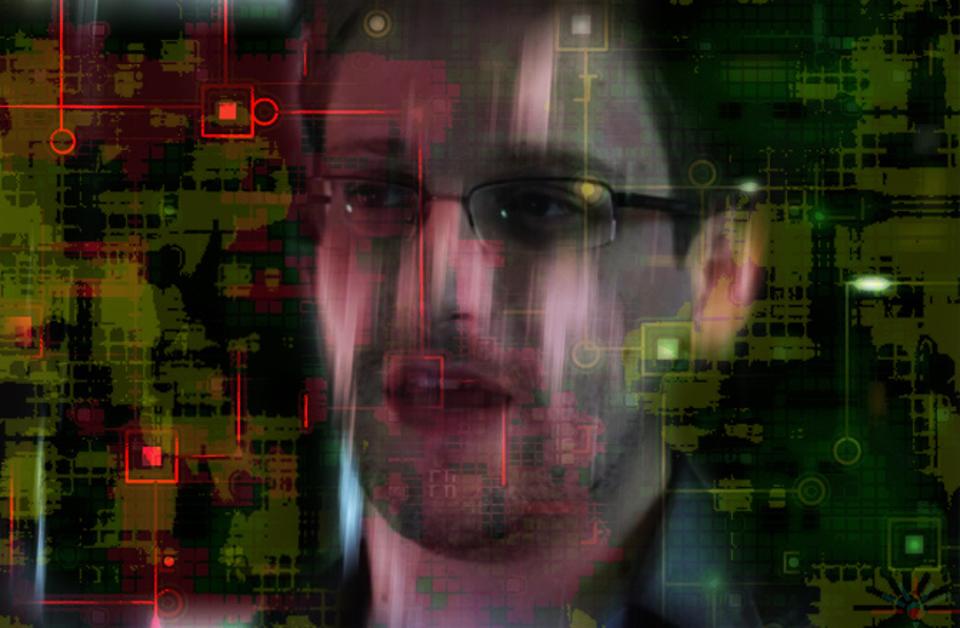 Legitimate whistleblower or traitor? While the public continues to debate which of these titles most aptly describes former National Security Agency (NSA) employee Edward Snowden, a movie released recently attested to the continuing fascination with the man at the center of the controversy. Some consider his revelations “courageous” and call for granting him asylum, but an increasing number of Americans, as many as 60 percent in a late 2013 ABC News poll, view his unauthorized disclosures as damaging to US security, a jump of 11 percent within a year.

In 2013, a now-infamous government contractor named Edward Snowden shined a stark light on our vulnerable communications infrastructure by leaking 10,000 classified U.S. documents to the world. One by one, they detailed a mass surveillance program in which the National Security Administration and others gathered information on citizens — via phone tracking and tapping undersea Internet cables.

This is both a force for tremendous good but it is something that can be abused. It can be abused by small time actors and criminals. It can also be abused by states. And this is what we really learned in 2013. During an arrest, police traditionally have had the ability to search anything they find on your person — if you had a note in your pocket, they could read it. But now we all carry smartphones on us, and smartphones don’t just have this piece of ID, or your shopping list, or your Metrocard. Your entire life now fits in your pocket. And it was not until after 2013 that the courts were forced to confront this decision.

Snowden has said that in the 2008 presidential election, he voted for a third-party candidate. He has stated that he had been planning to comment on NSA surveillance programs at the time, but he decided to wait because he “believed in Obama’s promises”. He was later disappointed with President Barack Obama, saying that his policies were a continuation of those espoused by George W. Bush. The creation of the United States Department of Homeland Security, to some, was anything but, and President Barack Obama had done practically nothing to quell the debate as to who qualified as American enough to feel safe anywhere.

In accounts published in June 2013, interviewers noted that Snowden’s laptop displayed stickers supporting Internet freedom organizations including the Electronic Frontier Foundation (EFF) and the Tor Project. Snowden stated that he was “neither traitor nor hero. I’m an American.”

The scandal broke in early June 2013 when the newspapers reported that the US National Security Agency (NSA) was collecting the telephone records of tens of millions of Americans.

The paper published the secret court order directing telecommunications company Verizon to hand over all its telephone data to the NSA on an “ongoing daily basis”.

That report was followed by revelations in both the Washington Post and Guardian that the NSA tapped directly into the servers of nine internet firms, including Facebook, Google, Microsoft and Yahoo, to track online communication in a surveillance programme known as Prism.

The GCHQ scandal widened on 21 June when it was reported that the UK spy agency was tapping fibre-optic cables that carry global communications and sharing vast amounts of data with the NSA, its US counterpart.

The paper revealed it had obtained documents from Edward Snowden showing that the GCHQ operation, codenamed Tempora, had been running for 18 months.

GCHQ was able to boast a larger collection of data than the US, tapping into 200 fibre-optic cables to give it the ability to monitor up to 600 million communications every day, according to the report.

The information from internet and phone use was allegedly stored for up to 30 days to be sifted and analysed. GCHQ and NSA eavesdropping on Italian phone calls and internet traffic was reported by the Italian weekly L’Espresso on 24 October. The revelations were sourced to Edward Snowden. It is alleged that three undersea cables with terminals in Italy were targeted. Italian Prime Minister Enrico Letta called the allegations “inconceivable and unacceptable” and said he wanted to establish the truth.

In the technology industry, the Snowden effect had a profound impact after it was revealed that the NSA was tapping into the information held by some U.S. cloud-based services. Google, Cisco, and AT&T lost business internationally due to the “outcry” over their roles in NSA spying. It has been estimated that the cloud-based computing industry could lose up to $35 billion in the next three years.

The Wall Street Journal reported that the “Snowden effect” was the top tech story of 2013, saying the Snowden leaks “taught businesses that the convenience of the cloud cuts both ways.” The Journal predicted the “effect” would top 2014 news as well, given the number of documents yet to be revealed. In China, the most profitable country for U.S. tech companies, all are “under suspicion as either witting or unwitting collaborators” in the NSA spying, and are “on the defensive”, according to the director of the Research Center for Chinese Politics and Business at Indiana University. The effect was also seen in changes to investment in the industry, with security “back on the map.”

Following on the initial revelations in the summer of 2013, a discussion about pervasive surveillance of the Internet started in the Internet Engineering Task Force (IETF). It was given a formal home starting in August 2013 under the label “perpass” (for pervasive passive surveillance). This discussion led to the publication, in May 2014, of RFC 7258, Pervasive Monitoring Is an Attack. This document states that “Pervasive monitoring is a technical attack that should be mitigated in the design of IETF protocols, where possible.” The consequence is that designers of future Internet protocols will be required to show that they have considered countering such attacks in their designs.

In May 2015, The Nation reported, “The fallout from the Edward Snowden fiasco wasn’t just political—it was largely economic. Soon after the extent of the NSA’s data collection became public, overseas customers (including the Brazilian government) started abandoning U.S.-based tech companies in droves over privacy concerns. The dust hasn’t settled yet, but tech-research firm Forrester estimated the losses may total ‘as high as $180 billion,’ or 25 percent of industry revenue.”

As Snowden seems intuitively to understand, the “architecture of oppression” relies most fundamentally on our own cooperation and complacency. Withdrawing our consent, and doing so with integrity and openness, is probably the single most powerful blow any of us can ever strike for the cause of human freedom and the well-being of future generations.

How Can You Be A Person Of Interest As Told By An Artificial Intelligence ?