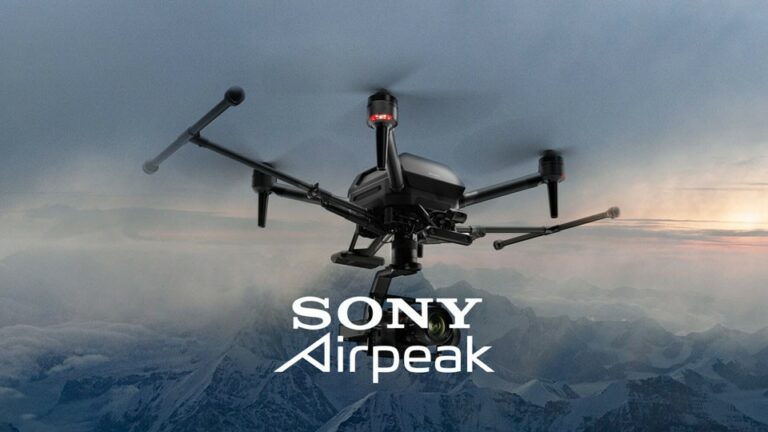 Sony Officially Announces Its Professional Drone At $9,000 Which Was Teased At CES
Home
Gadgets

Sony Officially Announces Airpeak S1 Professional Drone For $9,000 Which Was Teased At CES Sony finally launches its new professional drone, Airpeak S1 for $9,000 which was previously teased at CES event

Sony has finally unveiled the Airpeak S1 professional drone, which is what it promised back in January at CES 2021.

The release offers a lot more information about the drone’s options and limitations, as well as a $9,000 price tag again for drone without a gimbal or camera, all of which confirms that this drone is geared firmly at the professional video industry.

The Airpeak S1 is designed to be compatible with Sony mirrorless cameras such as the A7S Mark III, FX3, and even the 8K-capable Alpha 1.

They’ll be mounted on a custom version of the Gremsy T3 gimbal made exclusively for the Airpeak, which you’ll have to purchase separately.

The drone will have about 12 minutes of flying duration with a camera (though it can achieve 22 minutes without any load).

It’s also worth mentioning that the camera requires its own batteries and isn’t powered by the drone.

Sony has already provided a preview of the kind of photos that may be achieved with the drone, which can be seen below. You can also see the retractable landing gear in action.

The drone’s steadiness and wind resistance are two of its main selling factors.

According to Sony, it can stay stable in winds of up to 44.7 miles per hour (that’s 20m/s, which is double what DJI quotes for the Inspire 2), and it has five sets of stereo cameras and an infrared rangefinder, which should help the drone stop before hitting obstacles and stay steady even without satellite reception.

Sony even sought the support of JAXA, Japan’s space agency, to conduct some of the drone’s tests:

It should be noted, however, that this is without any attachments – Sony has not said what type of speed or acceleration may be attained while the drone is flying a camera.

Having said that, Sony presented me as well as other journalists a footage of the drone performing figure-eights in the air, which it did with incredible speed and agility.

In contrast, DJI’s Matrice 600 Pro, that costs roughly $7,000 without even a gimbal or camera, has both a max speed of 40 mph as well as a battery capacity of 32 minutes alone or 16 minutes with a 13-pound payload while using standard batteries.

The Airpeak S1 may be used with just the provided controller, but Sony has developed a software called Airpeak Flight to make things easier.

For the time being, the software is only available for iOS/iPadOS, however it will allow users to manage the camera and gimbal.

The Airpeak can be controlled by one person, but it also supports dual-operator mode, in which one person controls the flight and the other controls the camera. According to Sony, the controller’s range is still being evaluated.

Whereas the Airpeak S1 does not include a camera or gimbal for its $9,000 price, it does include two pairs of propellers, the controller, two batteries, and a charger. Sony plans to deploy it in the fall and will provide a service plan to cover any damage caused by crashes.

In light of all the regulations and controversy surrounding Chinese drones, Sony is emphasizing that the Airpeak S1 is developed and manufactured in Japan. It was also referenced frequently throughout the press conference and again in the official news release.