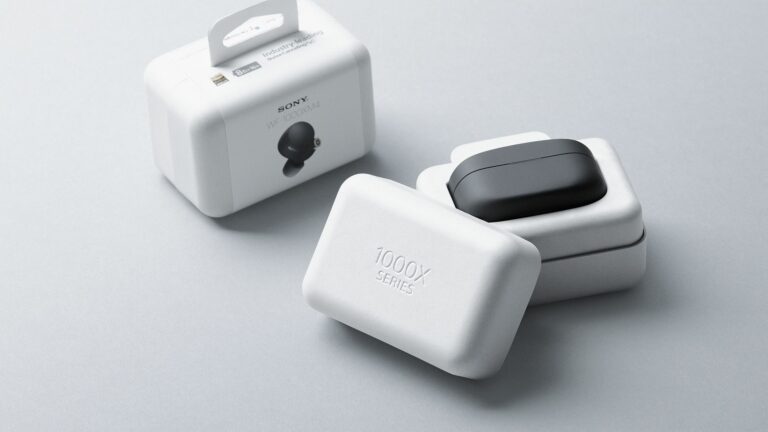 Sony WF-1000XM4 TWS earbuds were formally unveiled by Sony via an online stream. The Sony WF-1000XM4 has been circulating for a few weeks now. We not only saw many renderings and live shots of the earbuds, but we also got a glimpse of the features to expect onboard.

The WF-1000XM4’s previous render reveals did already confirmed its elegant, compact design as well as a star-studded feature set.

The new earbuds are not only smaller but also have a superior design that fits the ear better, has increased audio quality, and improves noise cancellation when compared to its predecessor.

Comparing Sony WF-1000XM4 With Its Predecessors

When compared to its predecessor, the earbuds are fitted with a Sony V1 processor, which provides greater active cancellation of high frequencies and up to 40% lower noise levels.

The buds are also said to be the first TWS earbuds to enable Hi-Res audio through the LDAC codec in the globe.

Sony WF-1000XM4 – Details On Specification And Feature Side

Driver units with bigger magnets and a better diaphragm were also improved in the audio department. Because the diaphragm is more flexible, it may provide better cancellation signals at lower frequencies. A fuller bass is also produced by the flexible diaphragm.

Furthermore, even when the ANC is switched off, the earbuds use polyurethane foam tips to assist decrease noise.

On both Android and Windows 10, the device also supports quick pairing. It also detects ear fit and advises the user to make adjustments for a more comfortable fit.

Even in a loud setting, the buds are useful for receiving voice calls. It has bone-conducting technology and strong microphones. Alex and Google Assistant voice commands are also supported by the earphones.

The Sony WF-1000XM4 is also equipped with a larger battery. With ANC, each bud can survive up to 8 hours of music playback, and when switched off, the use hour may be increased to 12 hours.

When noise cancellation is turned on, the carrying case may increase the battery life by up to 24 hours, and up to 36 hours when it is turned off.

When it comes to the carrying case, the XM4 has a slim design that allows for speedier charging. Also, the new TWS supports the standard Qi wireless charging via the case as well. Sony advertises a 5-minute charge for 60 minutes of playing for the faster-charging function.

The XM4 has an IPX4 rating, which indicates it may be used in wet conditions. The earphones will be available in two colours: silver and black.

The Sony WF-1000XM4 will cost $280 in the United States and €280 in Europe. Both physical and online sales are now accessible for the buds.