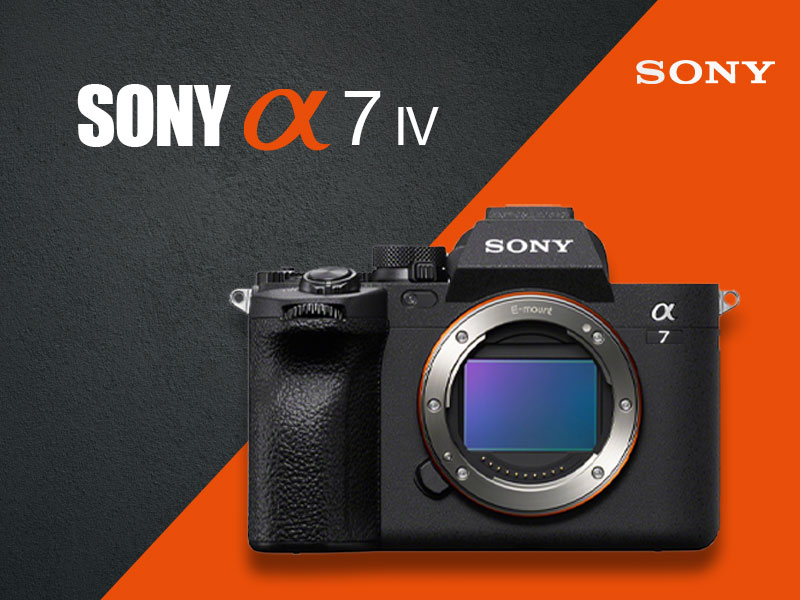 Sony has now announced the much-awaited a7 IV, the successor to the extremely successful a7 III, with major improvements. When it was released in 2018, the a7 III made a significant impression on the market by delivering a lot of functionality at a relatively low price. Expectations for the a7 IV have been high, and Sony has been under pressure to guarantee that the upgraded model does not disappoint.

The a7 IV boosts the resolution of the full-frame, backside-illuminated sensor from 24 to 33 megapixels, the viewfinder from 2.3 million to 3.69 million dots, and the rear LCD is touchscreen and fully articulating. The BIONZ XR processor, which is also present in the a7S III and a1, is used in the camera. Sony says that the camera will have a dynamic range of more than 15 stops, and that in-body stabilization will be 5.5 stops. The burst rate for both the mechanical and electrical shutters remains at 10 frames per second.

Focusing is brought up to speed with other recent Sony products, including real-time object tracking and human and animal eye autofocus for stills and video. It is dependable all the way down to EV-4.

The design of the a7 IV is heavily influenced by the a7S III, with a very similar body, a video record button located in front of the Exposure Compensation dial, a full-size HDMI connector, and the same menu layout.

There are several noticeable improvements in video performance. Focus mapping, which employs colour overlays to assist you in pre-visualize the depth of field, is new to the a7 IV. Another new feature is Focus Breathing Compensation, which helps to ensure smooth focus changes when used with Sony lenses.

The a7 IV shoots in 4K30 resolution, with no crop, oversampled from 7K. It records S-Cinetone and S-Log3 for up to 15 stops of dynamic range and samples colour in 10-bit 4:2:2 internally. When shooting in Super 35, 4K60 is accessible, and thanks to the use of graphite in the camera’s in-body stabilisation system, it is possible to record at the highest resolutions for more than an hour without overheating.

The Exposure Compensation dial is now customizable, and there’s a separate ring on the mode dial that lets you choose between stills, video, and S&Q. The card slots have also been modified: one only allows UHS-II SDXC/SDHC cards, while the other accepts SD and CFExpress Type A cards. The latter has a buffer that can hold up to 828 uncompressed raw files.

The a7 IV will be available for pre-order soon on B&H Photo for $2,498 with shipment beginning in December. Will you be updating your system? Is this the correct price, given that the a7 III was significantly less expensive when it was introduced three years ago?