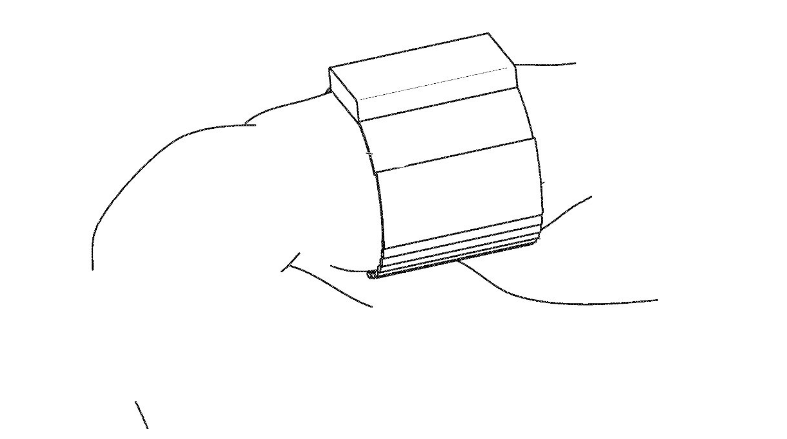 Apple is still working on bringing precise blood pressure monitoring to the Apple Watch, and new study suggests that a stretchy Watch band may be used. Apple Watch has always been able to detect heart rates in beats per minute, but it has never been able to integrate sensors sensitive enough to capture blood pressure correctly. There are third-party blood pressure applications for Apple Watch, however, they all need the use of an attachment, such as a cuff that wraps around the wearer’s wrist.

Previously, Apple investigated ways to deliver precise and sensitive measures without the need of a cuff. A newly released patent application, on the other hand, indicates that the firm is at least contemplating utilizing a Watch strap as a blood pressure cuff.

The paper “Stretchable Blood Pressure Cuff” examines how such a cuff may be worn constantly to provide a record of blood pressure throughout time. “A user may monitor one or more of their physiological parameters by attaching a monitoring device such as a blood pressure monitor to one of their limbs,” according to the patent application. “A blood pressure monitor may incorporate an inextensible cuff that keeps an inflated bladder against a user’s limb.”

This inflatable bladder, according to Apple, may be expanded, “therefore compressing one or more blood arteries in the leg and restricting and/or stopping blood flow via the veins.” As a consequence, the pressures necessary to “restrict and/or stop blood flow via arteries in the leg” may be computed. This means that the data might be “used to determine one or more physiological parameters of a user, such as a user’s blood pressure.”

Inflating and deflating the wristband isn’t something an Apple Watch owner wants to do every minute. However, if the cuff is typically used as a conventional band, having this functionality means being able to gather measures without switching cuffs or devices.

“A physiological monitoring equipment, such as a blood pressure cuff, is generally worn during the measurement and quickly removed,” Apple explains. “In certain situations, it may be preferable to wear the monitoring equipment for extended periods of time so that physiological measures may be taken on a regular or continuous basis.” A bladder assembly designed to hold a fluid within an interior chamber” would be used in the cuff.

One such cuff, seen in the patent application’s example illustrations, is similar to the existing Leather Link type of Apple Watch bands. Four people are named as inventors on the patent application. This includes the prolific Zijing Zeng, who has a long history of similar patents and applications, including one for monitoring blood pressure without a cuff.