Part of the crew training for Inspiration4 was how to deal with emergencies. SpaceX confirms that an alarm was set off during the mission. Additionally, the alarm was linked to the toilet located at the tip of the capsule. The location is the Cupola area where the toilet was fitted in the capsule for this mission. 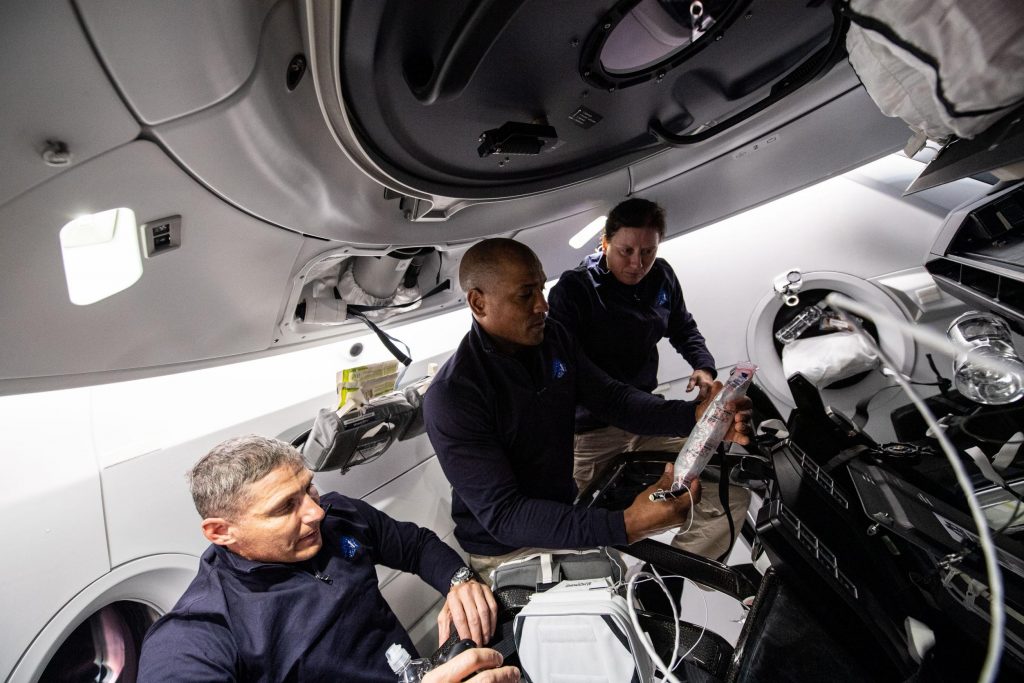 The mission crew worked with the ground controllers to find out where the issue lies. The bathroom usage in space without certain hardware is not possible. Where the waste would go everywhere except the toilet, which can create a mess and cause illness of the crew without the hardware. SpaceX’s idea of having an efficient toilet is by fitting fans so that the waste is pushed towards the toilet. This is where the alarm was off, when one of the fans had a mechanical problem the alarm indicated it. As the issue was found to be with the toilet, it was known that there was no danger.

Earlier the problem with the toilet was stated by crew remembers. But it wasn’t elaborated, and the crew talked about having to go to the toilet to view the earth and space. Many days after the launch, it is now that the details about are alarm being revealed.

During the mission, the crew was not always in communication with the ground. About 10 percent of the crew members time in space, they had no communications with the earth. As they were trained accordingly, they were effectively able to manage things accordingly.

For the bathroom, only the curtain separated the person in the toilet from the rest of the crew. However, the view was spectacular, nothing like the best luxury bathroom views on the earth. It might seem simple, but small details in space can create a problem. The bathroom issue would have been difficult with one fan not working. SpaceX hasn’t clarified whether the problem was fixed. But clearly, there were some considerable issues which needs to be worked on.

SpaceX plans to send hundreds of civilian crew to space. Every small details matter. It is about making the crew self-dependent. For decades, NASA has been sending astronauts to space, and they live there for months. The reliability on loads from rockets filled with luggage is high, including clothes which will be thrown away once used. If SpaceX crew will have to have 100 or so people, then things like bathroom, clothes, etc must be practical.