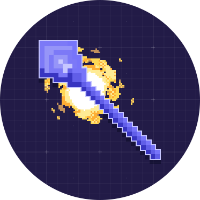 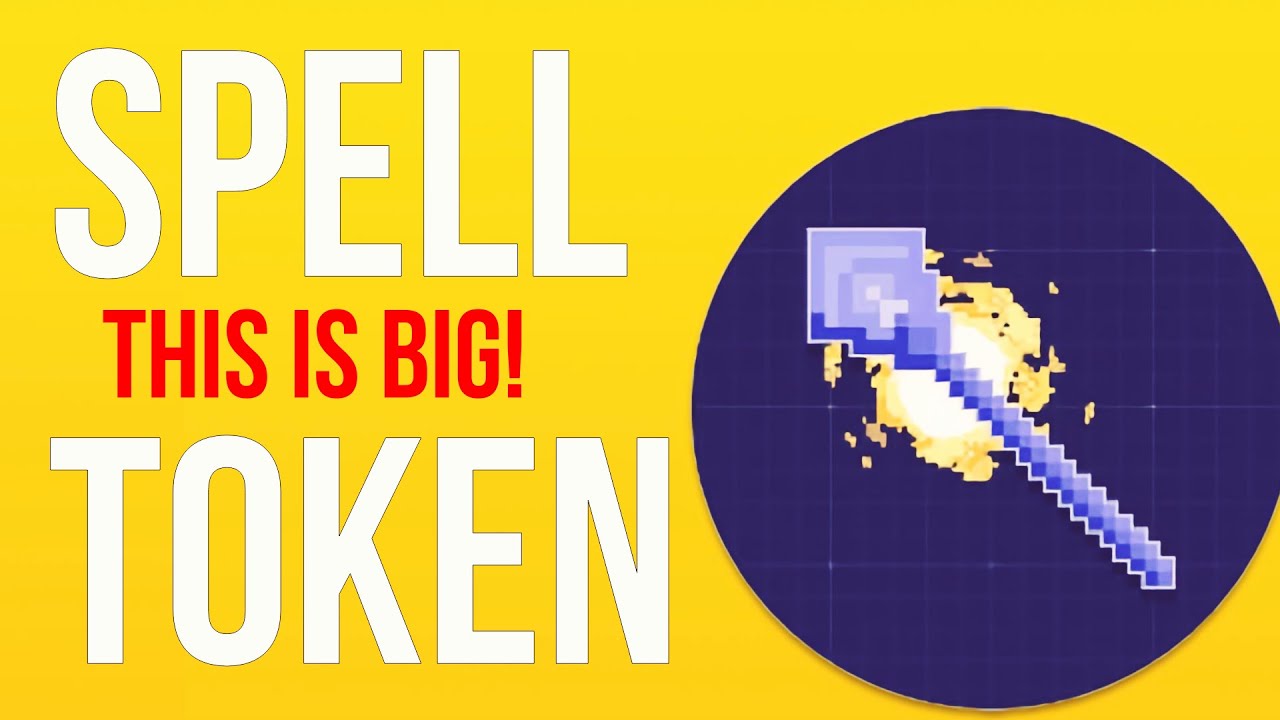 Now that you have a brief backstory about the crypto world, you will be able to have a much better understanding of what we have with us today, Spell Token. To know more, I suggest you read further!

Everything to know about Spell Token (SPELL) 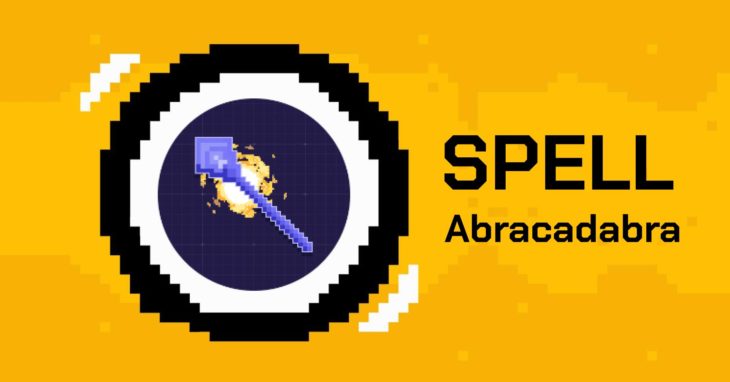 Spell token or as commonly referred to as SPELL is nothing but simply a reward token that is known to be associated with abracadabra.money, a leading platform that is said to make use of interest-bearing tokens as collateral in order to borrow a USD pegged stablecoin called Magic Internet Money (MIM).

In addition to this, in order to provide isolated leading markets which indeed allow users to adjust their risk tolerance as per the collateral they decide to use, Abracadabra uses the Kashi Lending Technology pioneered by SushiSwap (SUSHI). Not just that, users can easily deposit collateral and borrow MIM against it, while the company also offers yield farming opportunities, wherein users can stake their liquidity provider tokens (LP) to farm SPELL.

Before moving any further, it is probably worth noting that, if you are wondering who are the founders of the said token? Let me tell you that, Abracadabra is not an official decentralized autonomous organization (DAO) but is instead said to be governed with the help of a Snapshot page.

As mentioned, SPELL is an Ethereum token that is known to govern Abracadabra.money, a platform that is known to allow users to easily deposit collateral in the form of interest-bearing cryptocurrency assets to mint MIM. Now, MIM is a stablecoin that tries to maintain a value of 1.00 US dollars.

Furthermore, SPELL being the native utility token of the said platform can be used for a variety of purposes like being staked to earn a spell, which grants governance rights as well as other rewards. Having said that, all thanks to Kashi Lending Technology, which was introduced by the popular platform, SushiSwap, Abracadabra has been able to bring a wave of innovation in decentralized finance in its isolated lending markets.

Know that, in an isolated lending market, the risk is not known to be shared collectively. Other than this, all the users on the platform can easily provide liquidity for any token and if in case the currency pair loses its liquidity or something actually happens to the smart contract, only that pair is really affected and not the entire platform. Basically, this allows Abracadabra to be able to offer various pairs that are not really supported by most other decentralized exchanges (DEXs).

What actually makes the platform stand out from others in the marketplace is that users with the help of this technology can leverage their interest-bearing token positions. What happens is that users borrow against their positions and then again borrow against the borrowed stablecoin, thus creating multiple loops and thus increasing their leverage.

Also, all of this is said to be done in one transaction, which is the reason why the users only pay a gas fee once. Lastly, the Spell Token can be farmed by providing liquidity in one of the different pools. As talked about earlier, SPELL can also be staked and those staked tokens accrue a share of the platform fees, which auto compound.

Now that we have talked much about Spell Token, some of you must be wondering, whether or not it is a good idea to invest in the platform? If that’s the case, then let’s find out, shall we? 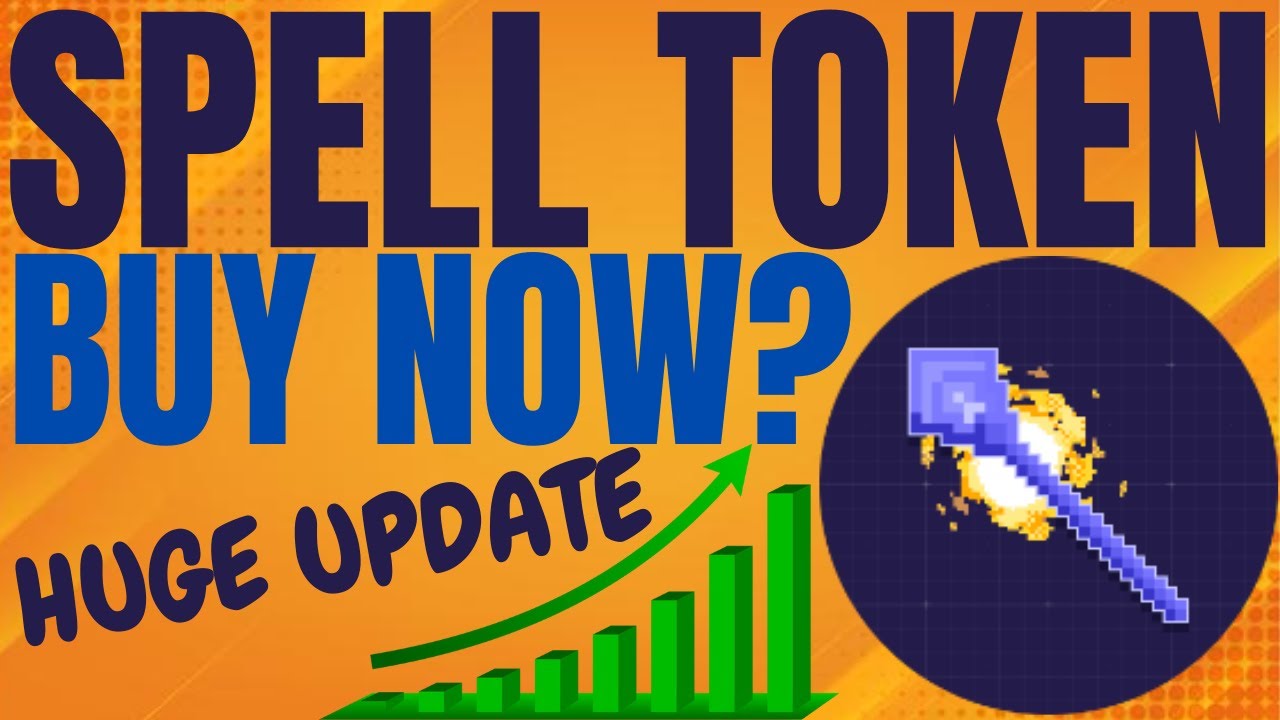 As of today, the price of Spell Token is about 0.001060 US dollars with a twenty-four-hour trading volume of 142,806,740 dollars. Not just that, in just the past twenty-four hours, the value of the Spell Token has gone up by 28.41 percent, and with the current market cap of the token being 99,661,433 US dollars, SPELL is currently placed at the #188 position as per the CoinMarketCap rankings.

Reading so far, you must have gotten a fair understanding of the platform and by now, you should be able to figure out on your own whether or not investing in Spell Token is the right thing for you to do. Seeing what it has to offer when combined with its performance in the recent past as well as its plans for the near future, I certainly believe that Spell Token can prove to be a risky investment in the near future, which is likely to provide you with fewer returns and it is a possibility that your current investment may decrease in value. But again, nothing can be said for sure! 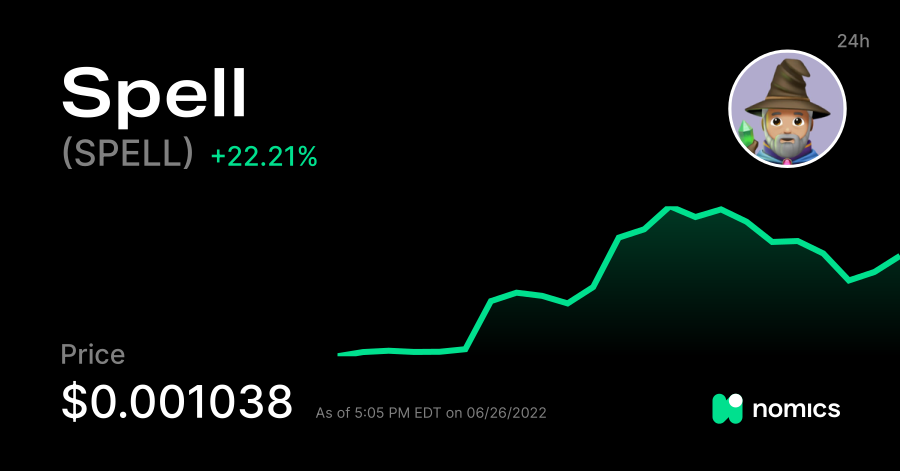 As mentioned at the very beginning, crypto is a highly volatile marketplace and is extremely uncertain. Thus, It is very important for you to understand the fact that just like any other currency in the crypto marketplace, Spell Token does have its own risks as well and you should invest only if you are willing to take those risks and bear any and all losses if at all necessary.

If you are wondering, where can you buy Spell Token? Let me help you with that. Currently, Spell Token is available on all major crypto exchanges but, some of the popular exchanges that have SPELL listed on them include Binance, Bybit, MEXC, and OKX as well as Bitget to name a few.

In conclusion, what are your thoughts on Spell Token? Do let us know in the comments area below. To know more about various cryptocurrencies, do check out other articles we have on our website. Thank you for your time & if you found our content informative, do share it with your investor friends!