San Francisco-based Square (NYSE: SQ) announced its third-quarter earnings results at the end of September 2021. The results were reported on the financial section of the Investor relation website at investor.square.com  and filed results with the Securities and Exchange Commission. 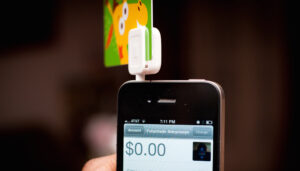 As the results came, Stocks fell by nearly 4% from 252 to 239 in the extended session on the stock market today.

However, total revenue is increased from $3 billion in the prior quarter last year and $3.8 billion in this corresponding quarter. Also, the company’s gross profit increases by around 43%  from last quarter to $1.13 billion but misses the estimate of $1.15 billion, according to the company.

“Consolidated gross profit missed by 2% on a largely-expected 5% miss in the Cash App,” said Jefferies analyst Trevor Williams in a report.

Square stated that the net revenue jumped from $3 billion to $3.84 billion as more Cash App users are bought and sold the infamous cryptocurrency Bitcoin. The net revenue is 43% up on a year-on-year basis.

The company also made an announcement that Cash App would be available for teens also for ages 13-17, which was only available for 18 plus only previously.

Square Inc. (NYSE: SQ) is an American financial service and digital payment service firm which is situated in San Fransico, California. It was founded by Jack Dorsey, also founder and CEO of Twitter and McKelvey, and launched back in 2010. Since 2015, It has been trading on New York Stock Exchange as a public company. Today company’s market capitalization is over around $100 billion.

Their Servies and products are related to digital finance like their first firm product is Square reader which connects to the audio headphone jack and allows credit card payment. As such their many services like allowing merchants to issue virtual gifts-card in the way back to 2012. In 2014, Square launches Square Capital, which allows merchants to take business finances by using their services.

In 2015, the company launched a payroll system called Square Payroll, this tool helps small businesses to manage and process the payroll for their employees.