Steam Deck Reservations Are Already Selling On eBay For Upto $5000 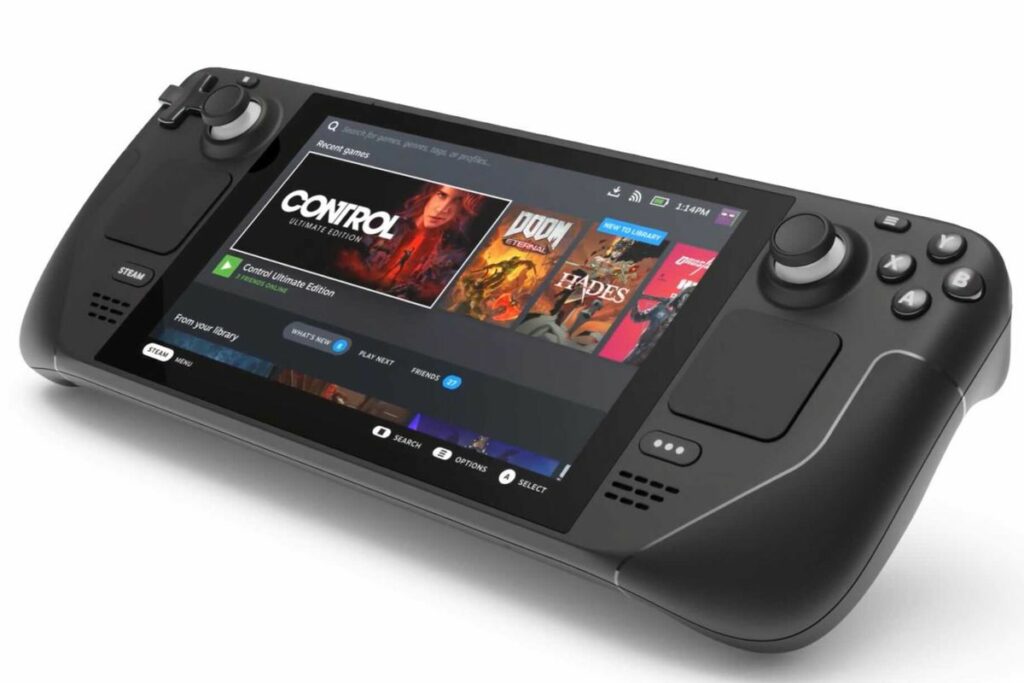 On the 15th of July, Valve announced the release date and price of Its upcoming handheld console “Steam Deck”, and took the gaming industry by storm. On Friday Valve announced that Steam Deck resellers are already started to take advantage of the situation. To try to curb unauthorized resellers who raise prices, reserving a Steam Deck requires a valid Steam account with a good reputation. To reserve a unit today, you must have set up a Steam account before June 2021. To make a reservation, you must have purchased Steam before that date.

While Valve has taken precautions to prevent scalps from setting up multiple Steam accounts to buy and resell multiple devices – at least new accounts are not allowed to pre-order – the machines have not stopped selling on eBay.

Nevertheless, there is no doubt that this will help to limit the scope of this type of scalping, but the price increase is clear. Steam Deck pre-orders have been online since yesterday and the Valves page for handheld PC devices shows not only that everything will ship in the second and the early third quarter, but also that top versions of pre-order machines are already on sale on eBay at extortionate markdowns. 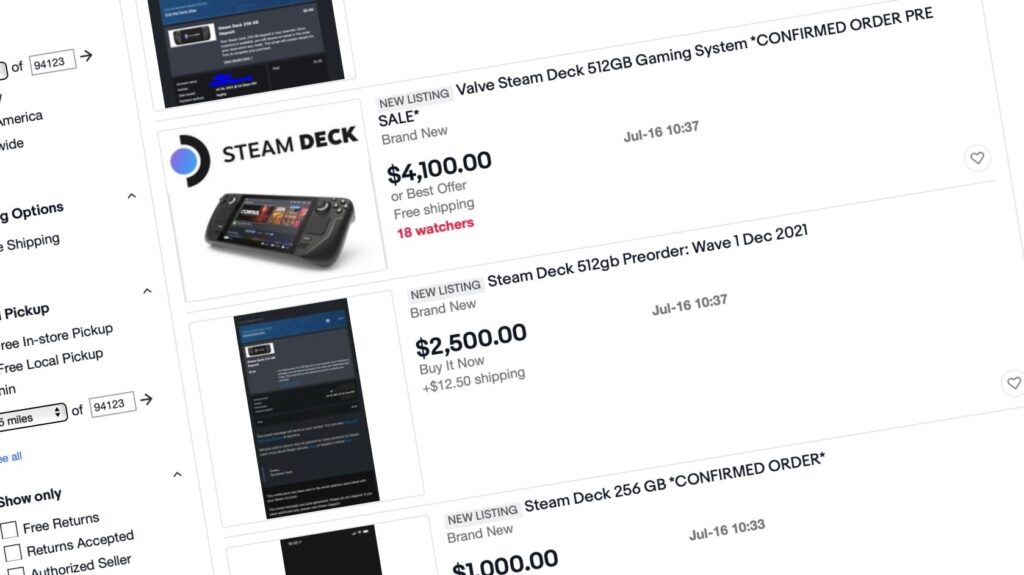 Resellers are selling pre-orders for Steam Deck handheld for thousands of dollars above MSRP. This is a familiar situation nowadays, as every piece of hardware that turns out to be in demand, such as the Steam Deck, appears on many gamer shopping lists. As expected with all the hyped hardware, Resellers are trying to take advantage of the Steam Decks being sold, eBay listings show $1,000 to $4,100 for confirmed pre-orders

Resellers started pushing the price of Steam Deck up to $5,000, just a day after it went online for pre-order. Their servers are already overloaded, pre-orders have barely begun and the delivery date has dropped for the 64 GB eMMC storage and the 256 GB model

No pre-orders have been placed for Steam Deck this year, and reservations will be released in December 2021. The auction assumes that the seller pays the pre-order in full when it is available. Reservation orders are limited to one account, which should serve as a great deterrent for scalpers who want to buy the console in large quantities for later resale. 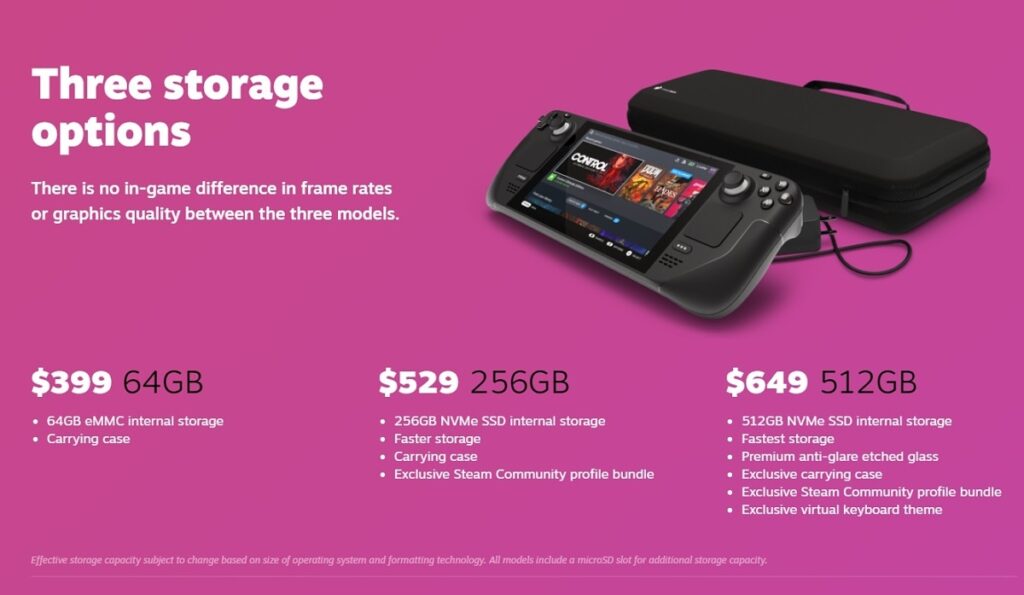 The Stream Deck is available in three storage capacities – 64GB, 256GB, and 512GB – with prices starting from $399. All you have to do to secure it is to chop down a fiver. If you manage to secure a reservation, remember that steamship will not ship until December, just in time for the holiday weekend.

If you try to reserve one and see an error with the key, please be patient. Although personally, I find it ridiculous to pay a lot of money to play your Steam video games in a place like this with analog sticks and trackpads, just get one thing right: valve restrictions seem to be maintained, and resale is minimal. Those who can reserve a place in the queue are among the few potential owners who won’t be so lucky.

The company has been instructed to create a queue system to alleviate the problems that plagued many of the hottest game hardware releases of the past year, with the aim of making it less of a headache for people who want to buy a Steam deck. First, to get started you must deposit $5 to get started with pre-ordering any of the 3 models. In addition, your Steam account must meet a certain number of requirements such as being in a valid region and making a Steam purchase before June 2021. Once these $5 are included in the final purchase price, you are bound to the Steam Deck model you have pre-ordered.