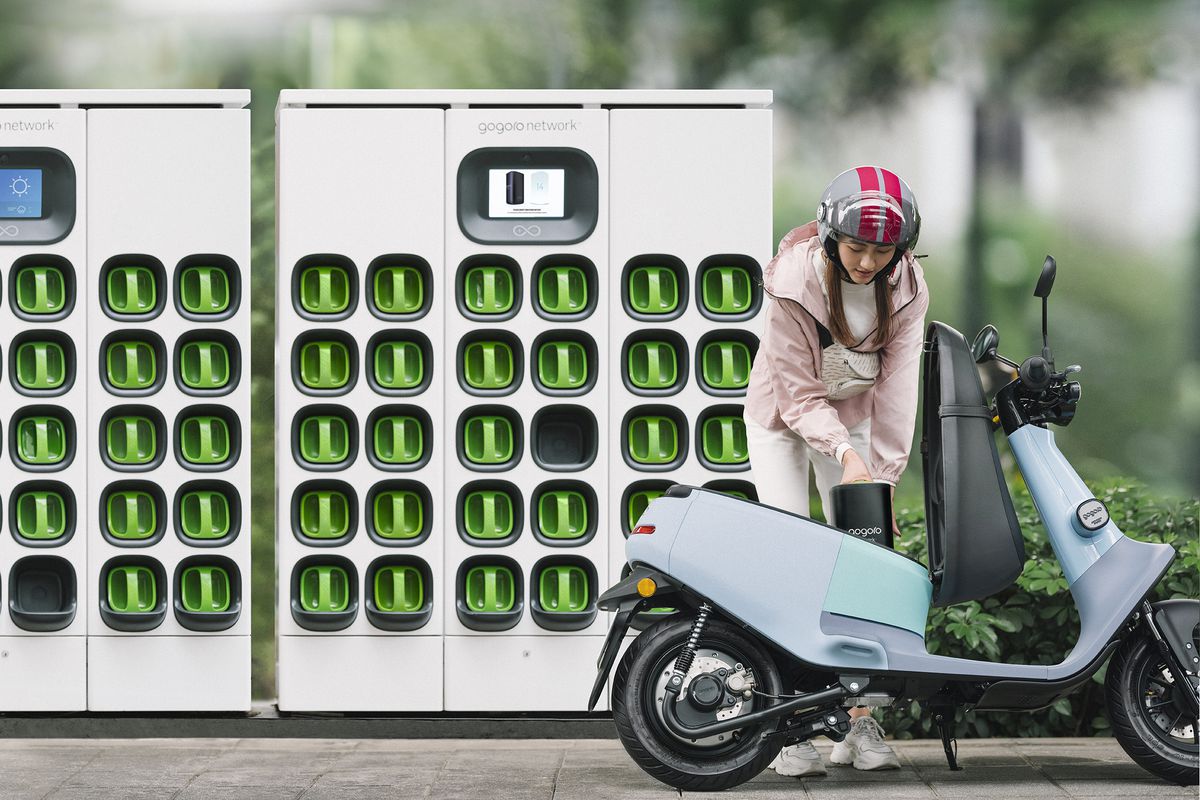 Founded in 2011, the first electric scooter was launched in 2015. Throughout their journey, the company received funds from various sources in Taiwan, Singapore, and Japan.

Get ready to #SwapAndGo, India. We’re excited to share that we’re partnering with @HeroMotoCorp to bring the smartest and largest battery swapping network in the world to India. https://t.co/CTtpqbEPF0

The best part of Gogoro’s network is that they have battery swapping technology. Their GoStations are located all over Taiwan. Also, it is convenient and cheaper for customers to change batteries. As the electric vehicle’s cost relies mostly on the batteries, these are affordable ones.

During their early years, Gogoro’s partnership and funding from Panasonic bought a much reliable scooter.

The second model has a range greater than 100km with a speed of 40km/hr. However, it has a top speed of 90km/hr. As the company made it convenient for the user, they added sensors, which enables the user to check the bike details over smartphones. Hence, swapping the batteries in a timely manner becomes easy.

On the occasion of their celebration, Hero MotoCorp’s official Twitter handle tweeted their vision to bring EV and battery swapping technology to India. Hero is one of the most preferred companies in the two-wheeler market. For almost 4 decades, the company has been there within the market Gogoro is targeting.

In line with our Vision #BetheFutureofMobility and with #Sustainability at the core of our operations, we are happy to partner with @WeAreGogoro and bring their leading #EV #batteryswapping technology to #India pic.twitter.com/vBAOZdpucz

The deal was made such that Hero will launch the electric vehicle, while Gogoro will provide the battery swapping technology. Hero chairman Pawan Munjal told Reuters,

“We will set up a joint venture between the two companies to bring Gogoro’s swapping technology into India. And set up swapping infrastructure across the country. Then we will take it to the rest of the world.”

He further added that,

Further details about their plans on the number of stations and when the launch is planned were not revealed.

India is definitely a target market globally for the two-wheeler sector. Last year, from April to October, when the sales were hit due to lockdown. Then, HeroMotocorp was standing at second position after Bajaj Auto.

Moreover, the electric two-wheeler segment is still at starting stage. The potential to imbibe a new concept like battery swapping right now is high. Major corporations haven’t seen the potential of electric vehicles as there is no infrastructure yet. And, there is no assurance of when the charging plugins will be available. With everything going on, swapping technology could be a trending technology.