The TCL Pro 5G is the company’s first 5G tablet to be released in the United States. TCL is well known for producing televisions and smartphones, but the company also makes tablets. This new tablet replaces the TCL Tab and has greater power and features than its predecessor.

The TCL Pro 5G is equipped with a big FHD display, a Qualcomm Snapdragon 480 5G CPU, a 13MP back camera, and other features. The tablet can handle all of one’s digital demands, including video conferencing, gaming, photography, and streaming. However, other from its 5G connectivity, there isn’t much to like about this low-cost tablet.

The TCL Pro 5G is small and light, measuring 9.76 x 6.20 x 0.30 inches and weighing 16.09 ounces (a little more than a pound). The shiny black chassis is appealing, but it does not distinguish it from similar-looking tablets. It has a 10.36-inch FHD+ display with a resolution of 1200×2000. The Dragontrail glass screen should keep scratches at bay.

Real-time SDR-to-HDR improvements on the tablet enable HDR-quality video. We’re curious to see how this functionality performs in practise. Content that has been HDR-converted may not always look right. The 10.36-inch screen is equivalent to those seen on other tablets on the market. However, the fact that this tablet only has a 60hz refresh rate rather than a 120hz refresh rate is rather disappointing. Given that this is not a high-end product, 60hz will sufficient. 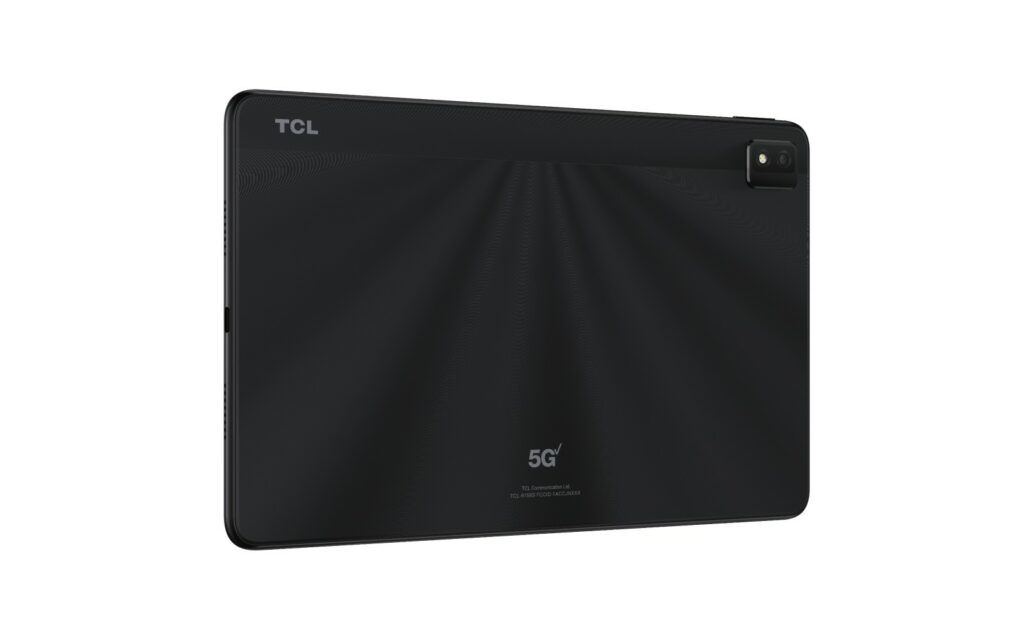 The TCL Pro 5G runs Android 11 and is powered by a Qualcomm Snapdragon 480 5G chipset as well as a 2.0 GHz Qualcomm Kryo Octa-core processor. It features 4GB of RAM and 64GB of storage space. A microSD card may be used to extend storage up to 1TB. These specifications fall short of the Qualcomm Snapdragon 865 Plus CPU and 6GB of RAM seen in the Samsung Galaxy Tab S7.

The camera’s Nxtvision technology (derived from the company’s television panels) allows users to alter the colors, sharpness, and contrast of photographs after they have been shot. The front-facing 8MP camera is useful for video conferencing and shooting selfies. The cameras on the Tab Pro 5G are equivalent to those on Samsung’s Galaxy Tab S7, which likewise features 13MP and 8MP cameras.

TCL claims that the tablet’s 8000mAh battery would last 25 days in standby mode (on 4G LTE). With varied usage, the tablet will last 17 hours. This is longer than the almost 13-hour battery life of the Samsung Galaxy Tab S6 Lite. The battery may be charged at a rate of 18W. Wi-Fi, USB OTG, and Bluetooth 5.0 are all available for connectivity. In addition, the tablet may function as a mobile hotspot for up to ten devices.

According to the press announcement, the TCL Tab Pro 5G’s most noticeable feature is its 5G connection. None of its other features distinguish it from the other Android tablets on the market. When it comes to Apple, the iPad 9 ($329), iPad mini 6 ($499), or iPad Air 4 ($599) are better options, albeit the iPad mini 6 is the only one with 5G. The TCL Pro 5G is now available in Metallic black exclusively from Verizon. The single version offered has 64GB of extendable storage and 4GB of RAM.