Tecno Reportedly Overtakes Samsung In African Smartphone Market Whereas Xiaomi Doubled Its Shares In Market Tecno is said to have overtaken Samsung in the African smartphone market, while Xiaomi has doubled its market share. 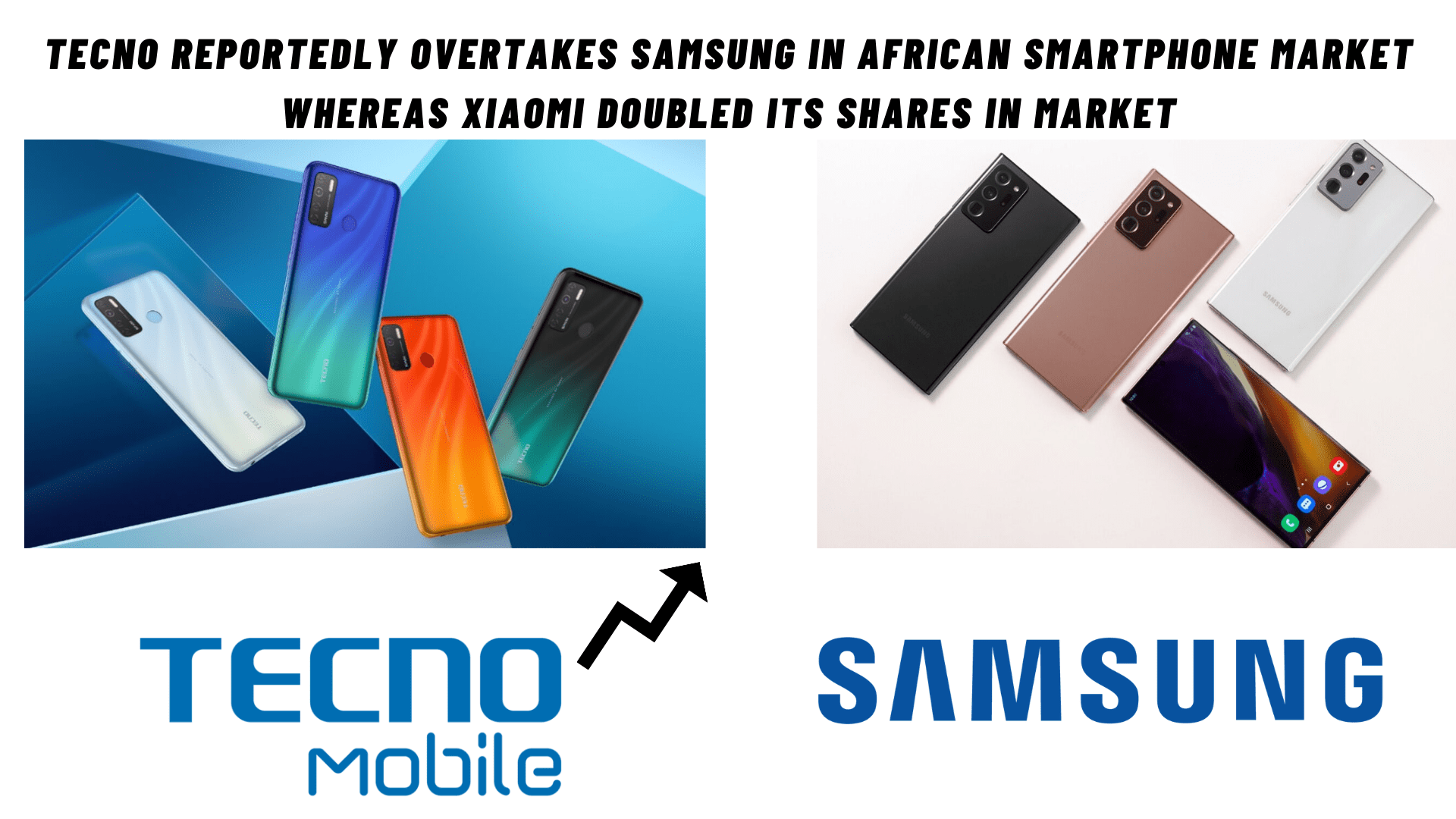 With its three brands, Tecno, Itel, and Infinix, Transsion Holdings has been the industry leader in Africa for quite some time. It has the highest market share on the continent thanks to the convergence of these three brands. However, it was the first time in 2020 that one of the brands overtook Samsung and claimed the top spot. 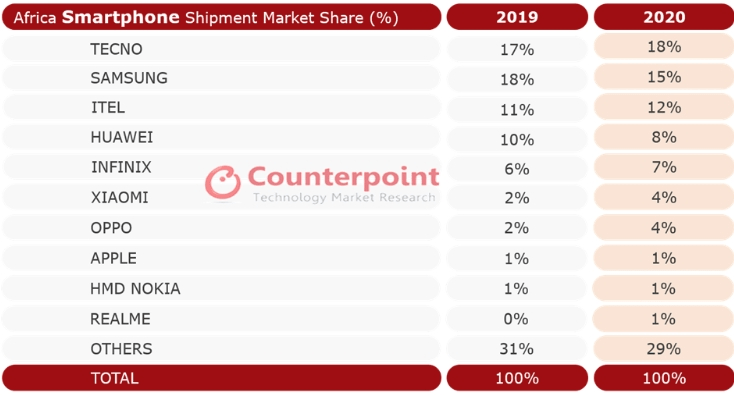 According to a Counterpoint survey, Tecno will overtake Samsung as the leading smartphone manufacturer in 2020. Despite a 6.7 percent decline in mobile shipments year over year, the smartphone brand increased its market share to 18 percent.

The COVID-19 pandemic also disrupted the economy in the first half of 2020, with the second quarter being the worst as countries went into lockdown, according to the study. By July, however, sales had greatly increased. In the fourth quarter of the year, the demand even increased by 1.5 percent year on year.

Samsung’s market share fell from 18 percent in 2019 to 15 percent in 2020, owing to supply chain problems caused by the pandemic and a sluggish response at the end of the year. Samsung’s fortunes could improve this year, as the company has already unveiled its latest Galaxy A smartphones in several African markets.

With a market share of 12%, Itel, another Transsion Holdings brand, comes in third. Tecno and Infinix’s sister companies, Itel and Tecno, sell more inexpensive phones. Its lineup may be defined as entry-level, and as we can see, that segment has helped it climb into the top three.

Despite the obstacles it faces, Huawei is still ranked fourth in Africa. The first three-quarters of Counterpoint’s business was solid, but shipments dropped sharply in the fourth quarter, according to the company.

This can be attributed to the international embargo, which has prohibited it from obtaining parts and, as a result, has hampered the introduction of new models to the market.

Its market share has fallen from 10% to 8%, and it is predicted to fall even more this year, despite the current administration in the United States.

With a market share of 7%, Infinix, the third Transsion Holdings brand, rounds out the top five. According to Counterpoint, the second half of the year saw good sales gains, and it is the transition brand with the highest average sale price.

However, in response to business realities, it has started to lower its costs and is predicted to gain a greater share of the market this year.

At the end of 2020, Xiaomi’s market share will have increased from 2% in 2019 to 4%. Due to increased revenue in key markets such as Egypt, Kenya, Morocco, and Nigeria, its exports increased by 126 percent year over year.

Xiaomi is also rumored to be extending its offline footprint in Africa, and by controlling networks directly, it is expected to gain market share this year.

In key markets like Nigeria, Xiaomi has already launched its Redmi Note 10 range, which will compete with Samsung’s recent Galaxy A series smartphones.

OPPO further increased its market share from 2% to 4% and saw a 57 percent increase in shipments year over year. It only recently entered the continent, but it has already found traction in markets such as Egypt and Algeria.

Both Apple and HMD Global (Nokia) maintain a 1% market share. The latter hasn’t had much success on the continent, owing to the competition’s great offers at lower rates.

Some markets, such as Nigeria, have yet to see the brand launch, but we wouldn’t be shocked if they did so this year.

Counterpoint also announced that the majority of sales, over 80% to be exact, come from smartphones priced under $200, and that trend is projected to continue.

Although 5G smartphones are not yet widely used in the region and are unlikely to become so in the coming years because rollout in many countries is yet to begin, a few 5G devices have already been sold.